A little over a year ago, the internet realized that John C. Reilly had a son, and that his son seemed very cool. Looking like Freddie Mercury after a Depop shopping spree, Leo Reilly—known as LoveLeo—quickly became a one-earringed legend in the pantheon of Hollywood children. A model and musician with a burgeoning career of his own, Reilly’s looks became the subject of much discussion, particularly his highly articulated mustache. He told us all about it—and the rest of his get-fresh routine—for the latest episode of Grooming Gods.

While those spooky heterochromatic eyes are created by contacts, that mustache is all-natural. Reilly apparently was born with such dark hair that his parents had to change his name: The original plan having been to dub him Finn—which means fair-haired. Still, it takes some upkeep to keep it looking razor-sharp, and Leo uses a carefully selected arsenal of tools. But the quality of the canvas is just as important as the paint. An avid disciple of the cult of Pharrell (“he looks like he’s 20”), Leo scrubs, mists, and moisturizes his way to a luminous complexion every morning. Below, steal everything he uses to keep his masterpiece in TikTok-ready shape.

For cleansing “morning, nighttime, whenever,” Reilly uses Pharrell’s rice powder cleanser. Splash some water on and lather the cleanser with circular motions between your palms before applying to your face with the same movement.

Bring out the big guns every so often.

This exfoliator is what Reilly calls “the heavy one,” meant for once or twice a week when his skin is looking particularly dried out. “I like to be extra gentle with the exfoliator because it is a deeper clean,” he says. “I target the areas of my face that tend to have more oil instead of going all over.” Two pumps should suffice for those spots.

Line up your edges.

“I started growing this mustache two years ago,” Reilly says. “My uncle made so much fun of me before it was full. But I grew it out and then people decided I look like Freddie Mercury.” This shave cream moisturizes to prevent the process from drying out the skin under your ‘stache.

For a super-sharp moustache line, Reilly uses the single blade at the top of his razor to line up the edges of his facial hair. Afterwards he goes in with an eyebrow trimmer to get everything perfectly even. 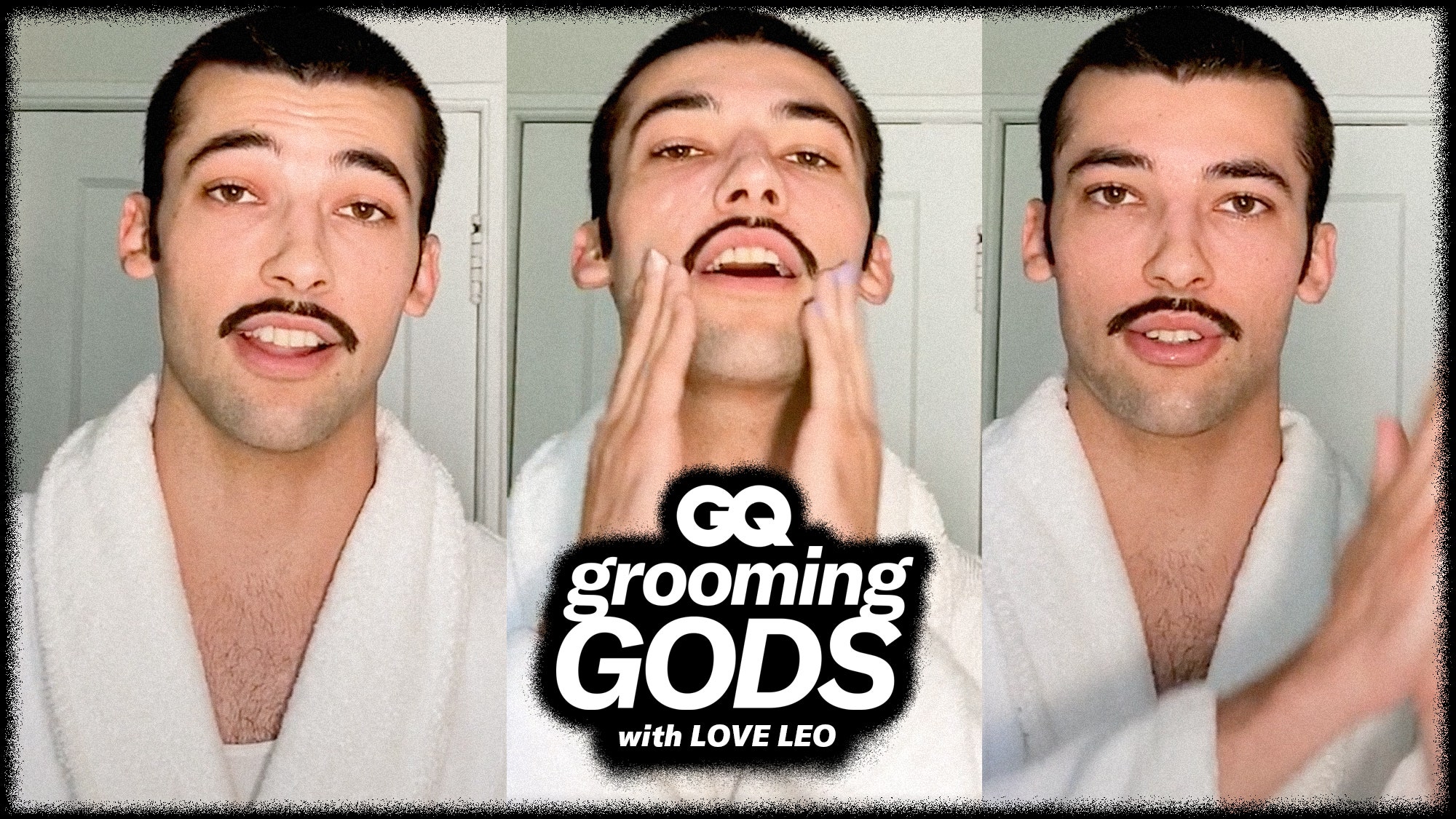