Over the course of his career, style god David Beckham has been dressed by the likes of Kim Jones and Dior, Giorgio Armani, Louis Vuitton and Gucci (during Tom Ford’s reign at the Italian label). But the retired goalscorer’s no snob. The former England captain regularly shows up in Adidas Stan Smiths, H&M knits and, as he showed in a recent ‘gram, a $60 sweatshirt from Dickies.

Taking to Instagram, the 45-year-old co-owner of Inter Miami CF and Salford City shared an image of himself with his two cocker spaniels, Fig and Olive. In it he sports one of Dickies’ signature plum-coloured Oakport sweatshirts—part of a Dickies sub-line that technically only sold in the U.K., but is quietly available in the states thanks to one of our favorite online shops (with damn good sales), END.  Beckham’s purple sweatshirt isn’t available stateside (and it’s sold out in the U.K. anyways), but you can grab the easy-wearing black or gray variations.

At 99 years old, Dickies  has gone from lowkey workwear supplier to one of the hottest brands on the planet. Frank Ocean is a regular wearer of the brand’s chocolate-hued 874 work pants, as is Tyler, The Creator. A$AP Rocky is a fan of its fluorescent visibility pants, while back in 2019 Kanye West did the unthinkable by wearing a Dickies work jacket to the Met Gala. Elsewhere Justin Bieber often  wears his work pants with tucked-in Hawaiian shirts, while Beckham’s son Brooklyn is rarely seen without Dickies apparel, whether it’s one of the label’s boxy coach jackets or its wide-legged 873 slacks.

Indeed, Dickies is an excellent brand if you just need to stock up on easy-to-wear pieces. In need of a fuss-free, layering-friendly sweatshirt? A pair of timeless, everyday slacks that won’t leave you penniless? Dickies has you covered. 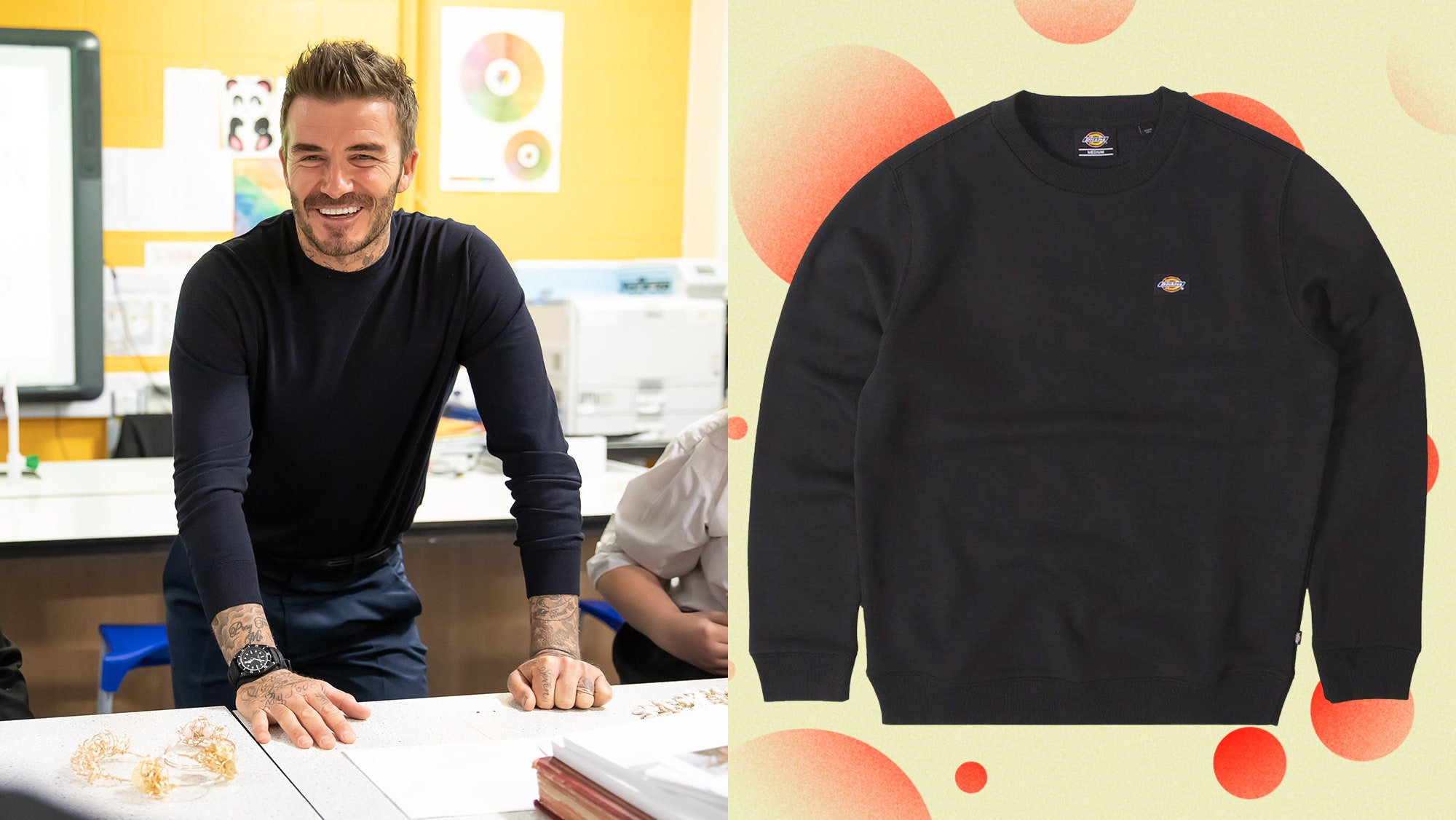