Hood By Air, one of fashion’s most beloved brands and a potent symbol of the young New York avant-garde, officially announced its return last summer, though it has unfolded less as an outright comeback and more like a piece of multipart fashion theatre in which each curtain lift reveals a new narrative in the brand’s quest for fashion dominance.

The first chapter of that era continues today, with the drop of a new collection called Veteran, the next step in the brand’s self-titled “Prologue” era, which HBA entered upon its relaunch.

“The inspiration behind Veteran is quite simple,” designer Shayne Oliver tells GQ. “This collection is meant to cleanse the palate as well as introduce a fresh cohesive taste to the meaning of a ‘dress code.’ In Between H13A and further into the full Genesis Prologue Era, this collection also serves as a luxurious precursor in the form of a uniform.” (H13A is a project launched at the end of last summer to build a living archive designs released by the brand over its 13 year history.)

Courtesy of Lengua for Hood By Air

The uniform HBA is playing with here is that of the surveillance state—one T-shirt bears an image of a dizzying stack of surveillance cameras, with the word “PIG” underneath; a sublime blousy nylon hoodie carries the image of a police badge tweaked with the language of Hood By Air; and a pair of layered cargo shorts, like the ones cops wear during the summer, have a bullseye on the crotch. (Of course, HBA’s are made from fine Italian twill instead of polyester.) It’s a classic expression of Oliver’s taste for vengeful fashion appropriation, following one of the primary rules of the HBA art of war: don the visage—or tactical cargo shorts—of your enemy to defeat them.

Courtesy of Lengua for Hood By Air 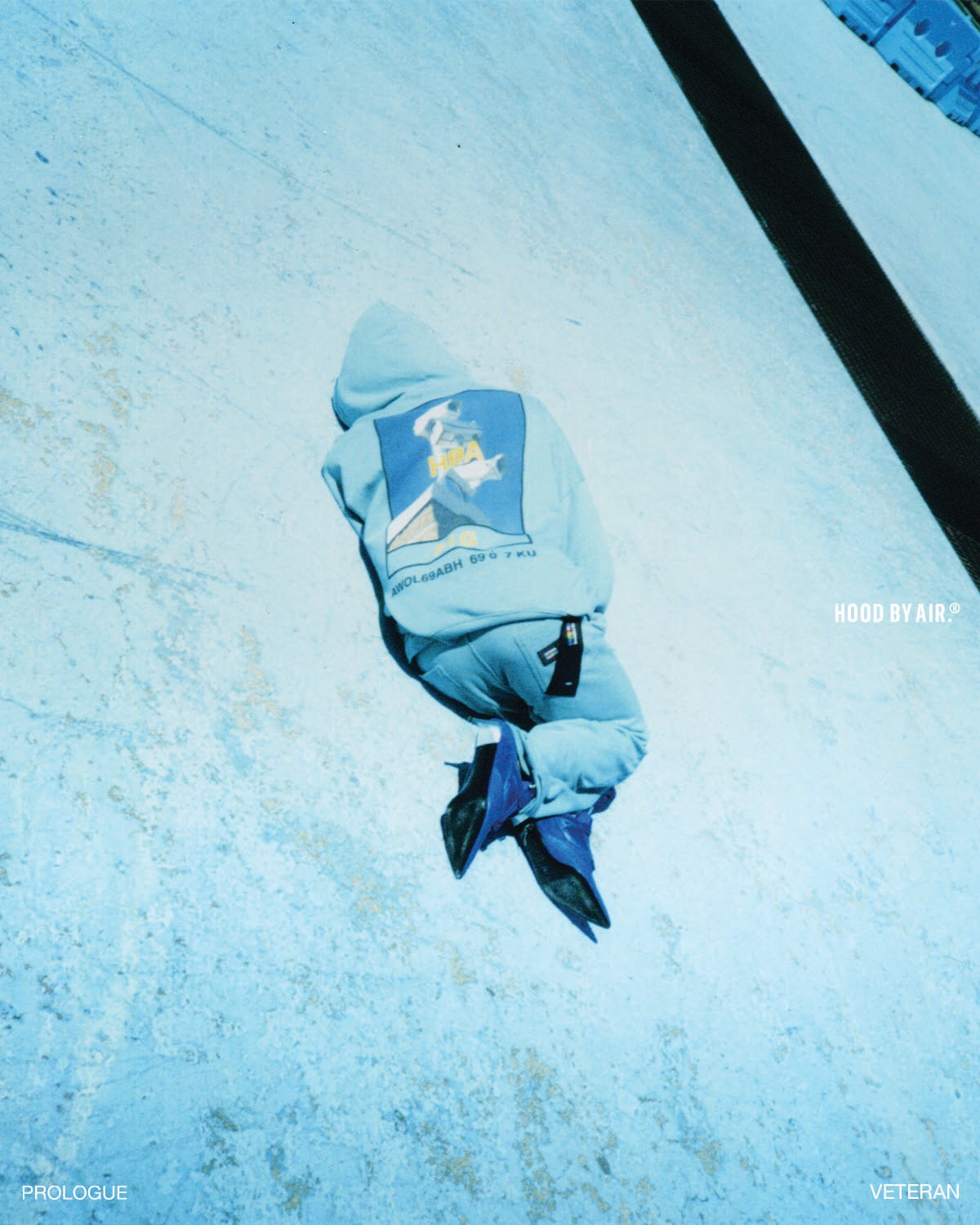