And Rolex wasn’t the only radioactive brand During WWI, female factory employees painting dials of clocks and watches with radium were told the glow-in-the-dark paint was safe—and were instructed to get their paint brushes to a point by licking them. In doing so they ingested deadly amounts of the material—with some even painting their nails and faces for fun. Many of the “Radium Girls,” as they’re now known, fell severely ill or died.

Fortunately, the watch industry has since pivoted to the much safer Super-Luminova, which was invented in 1993. Super-Luminova is now the standard material for any brand that wants to turn its pieces into a night light. And while Super-Luminova has been used in the industry for decades, it’s mainly confined to numerals and hands—much like the original radioactive GMTs from the ‘50s. However, Bell & Ross, Mühle Glashütte, and Christopher Ward make the most of the material by slathering it across the dial and turning average watches into funky, glowing specimens. 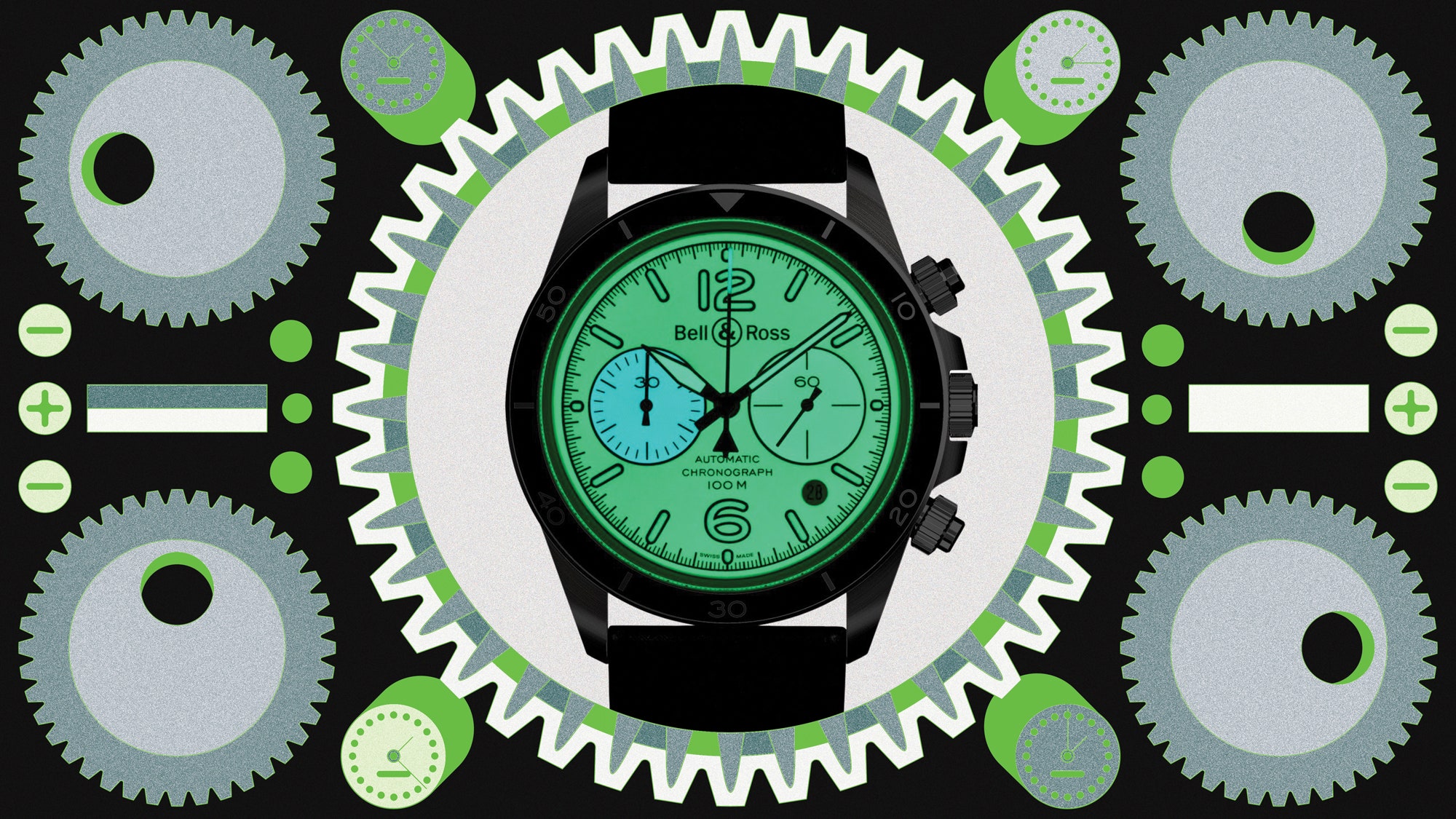