Here’s some unsurprising news: LeBron James, noted great dresser, was dressed very well on the sidelines of last night’s Lakers-Magic game. What was surprising: the central cog of his fit—a show-stopping tie-dye work jacket—wasn’t some pricey grail from one of LeBron’s favorite high-end labels, like Rhude or Thom Browne. Instead, on Monday night, The King himself stepped out in a jacket straight off the Macy’s rack.

That’s right, Macy’s. The historic department store and parade sponsor. A place you might not have been acquainted with for a while. Here’s a little secret, one that LeBron—as usual—figured out before most everyone else: Macy’s has some pretty good stuff now!

The excellent tie-dye jacket in question comes from a collaboration between the venerable chain’s in-house INC line and designer Allen Onyia, and is part of a larger project called “Icons of Style” involving five über-stylish Black creatives. A lot of the pieces from that series, particularly the vintage-inspired joints by Brooklyn Circus founder Ouigi Theodore, point a new way forward for Macy’s: thoughtful, easy-wearing, still totally affordable. And even outside their collaborative efforts, Macy’s (under the fashion direction of GQ alum Matt Sebra!) is showing signs of life: INC recently dropped a pair of legitimately sick snakeskin loafers, just in time for suiting up to dominate the dance floor at every post-vax wedding this summer.

This is by no means a blanket endorsement of everything Macy’s, but LeBron’s jacket is proof that you can turn up plenty of unexpectedly worthy additions to your wardrobe at legitimately great prices. And if you’re looking to follow in LeBron’s footsteps, you’d better hurry: his jacket is on sale right now for a whopping 30 percent off, clocking in at a measly $105. 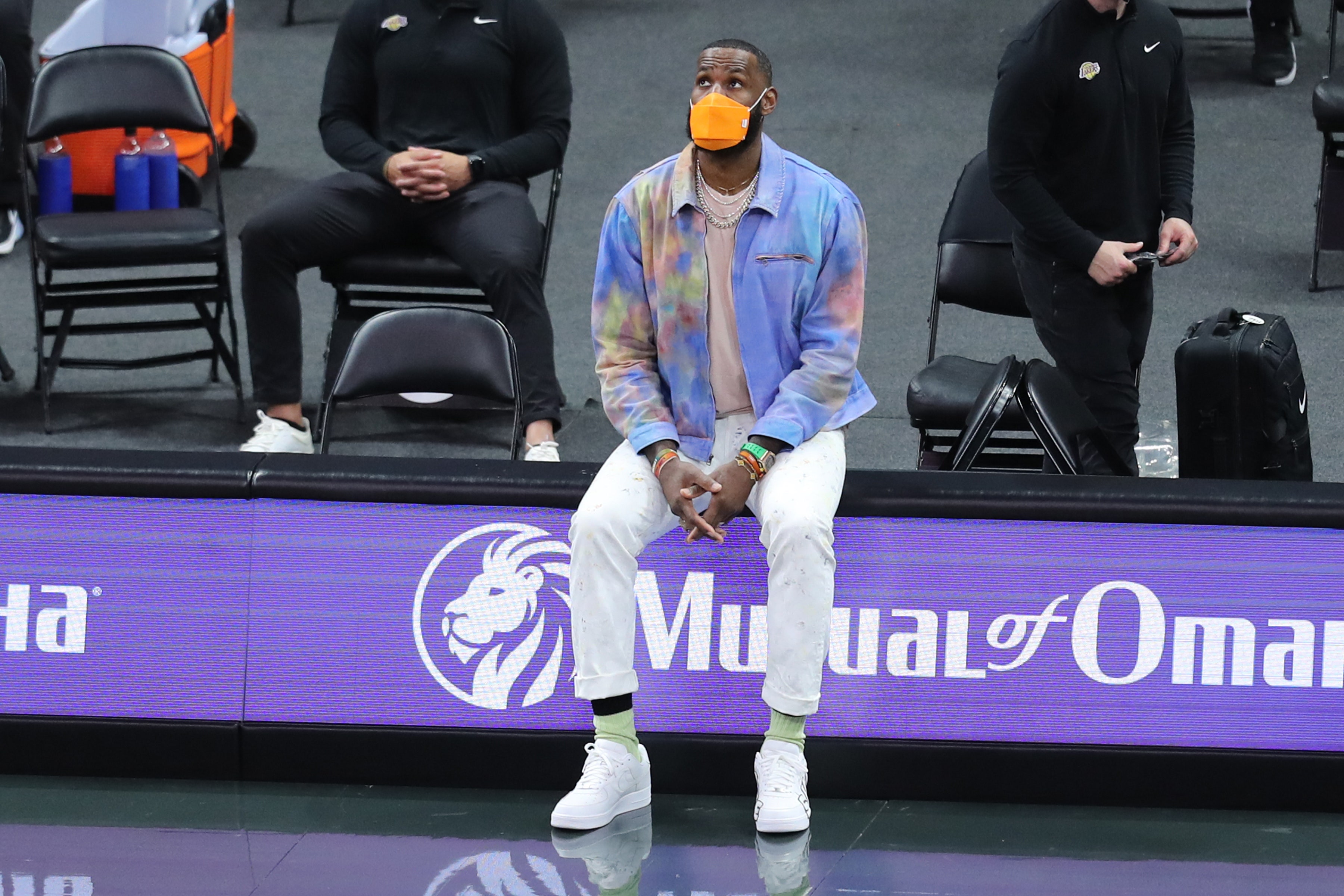