Figuring out the best deodorant for men is doubly important: First, it neutralizes your body’s own signature scent (musky top notes, with lingering base notes of beer and cheese), and in turn, it assures that your BO isn’t interfering with your nice cologne. (It’s curious that we spend so much time finding a fragrance, yet so little effort on picking a product that neutralizes negative, opposing smells.)

But not all deodorants are created equal. Some embrace aluminum and promise a two-day-long zero-sweat streak. Others are all-natural and offer more of a…complement to your natural aroma. And that’s precisely why you should research your products before you buy them.

Some considerations when selecting a deodorant:

How much do you sweat?If you sweat a lot, are you willing to go the aluminum antiperspirant route?Does your current deodorant cause irritation or rash? (If so, you may need a product formulated for sensitive skin.)Do you want a mostly natural lineup of ingredients, or an entirely natural roster?What smells the best? (But of course.)

These are all things to consider when picking your next deodorant, and the criteria our editors factored in when testing dozens of the best formulas on the market. To make things easier in your own testing-and-selection process, we’ve rounded up our favorite options—the best men’s deodorants of 2020 —at least one of which should meet your specific needs.

The Best All-Natural Deodorant for Men

Fir needle essential oil delivers two punches in this natural deodorant. First, it neutralizes odor-causing bacteria. And secondly, it leaves a refreshing scent in its wake. Arrowroot powder provides the major assist on fighting fungus and bacteria, while also absorbing moisture. Then there’s baking soda—some love it, some don’t, we do. In this formula, it stymies odors, while staying gentle on skin. Lastly, it comes in a sustainable cardboard tube. All of the crunchy natural and sustainable street cred, with none of the typical odors.

The Best Natural Deodorant for Men (Without Baking Soda)

That “no B.S.” stands for “no baking soda”, but it also falls in line with Ursa Major’s ethos: Only good, natural products for your skin. While some people swear by baking soda in their natural deodorants, others are left irritated by its ability to throw the skin’s pH levels out of balance. Instead, it’s chock full of soothing ingredients, like aloe, chamomile, and shea butter. Kaolin clay and tapioca starch help absorb moisture (and in turn prevent bacterial buildup) while hops, a terrific antimicrobial agent, fights any odor-causing bacteria that dare rear their ugly head.

The Best Antiperspirant for Guys Who Sweat a Lot

Profuse sweaters like me require aluminum cover up—knowing full well that it will eventually turn our white t-shirts dingy. And this spray from Dove Men+Care is the one I keep in tow. The spray hits my skin easier than a roll-on antiperspirant, which minimizes stains on shirts. It lasts well into the next day (two full days, if needed), and keeps me oh so comfortably dry.

If your skin reacts negatively to a deodorant, it might be a result of the product’s ingredients. Things like chemicals and perfume can give you a gnarly rash, which is precisely when you should start shopping for something less sciencey. Schmidt’s fragrance-free natural deodorant packs gentle but effective ingredients like magnesium and arrowroot powder, which together neutralize odorous bacteria. It also has coconut oil, shea butter, jojoba oil, and Vitamin E, which leave skin extremely nourished and soothed.

You’ve probably only ever used roll-on and spray-on deodorizers. There’s another option, however, in the form of cream. Kiehl’s antiperspirant and deodorant cream applies the same way you would body moisturizer: Massage a tiny amount (start with a pea size) into the armpit and you get 24-hour defense.

Art of Sport’s mint-tingly wipes aren’t just for your pits: They also work on the body—after a workout or particularly punishing workday. (Goodbye swamp ass!) These cloths are individually packed, so that you can tote one in your pocket or gym bag for whenever they’re needed, and so they don’t dry out before you need them.

The Best High-Strength Deodorant for Men

“Clinical” is the key here: Gillette’s antiperspirant gel lasts two days and is a remedy for seemingly unstoppable BO. Its “prescription-strength” blend is 6.25 percent aluminum chloride, compared to the typical 1-3 percent in other antiperspirants. So, its odor shield is significantly stronger than the competition.

The Best Inexpensive Deodorant for Men

The drugstore staple Old Spice has always offered some of the best deodorants—and the most affordable. You can buy two of their signature sticks for half of what a single stick from a boutique brand will set you back. If it kept you from reeking like a dog in eighth-grade gym class, it can sure as hell keep you fresh now.

The Best Probiotic Deodorant for Men

Probiotic products like Native’s deodorant help the good bacteria keep bad cultures at bay (especially in the underarm where bacteria festers and creates body odor). This one also uses baking soda to further thwart odor, and tapioca starch to soak up moisture, which also prevents the proliferation of bacteria in the first place.

The Best Smelling Deodorant for Men

Bleu de Chanel is one of the best classic colognes, so it’s a no brainer that it makes for a fantastically fragrant odor shield. To be honest, though, it isn’t nearly as harmonizing (on a chemical level) as the rest of the picks, so stick with it for those occasions when you’re not going to accumulate sweat or stink, and instead want a fragrant boost above all else.

]The Best Smelling Deodorant for Men

Oars + Alps’ natural, aluminum-free deodorant smells as refreshing as it feels. It soothes skin and calms the senses all at once, and might even turn a few heads for the right reasons. No, it’s not a cologne. It’s my deodorant. This is a roll-on you’ll proudly boast about.

The Best Probiotic Deodorant for Men

Tom’s of Maine’s deodorant is a prebiotic option, meaning it feeds the existing good bacteria on the skin—which in turn fight odor-producing bad bacteria. 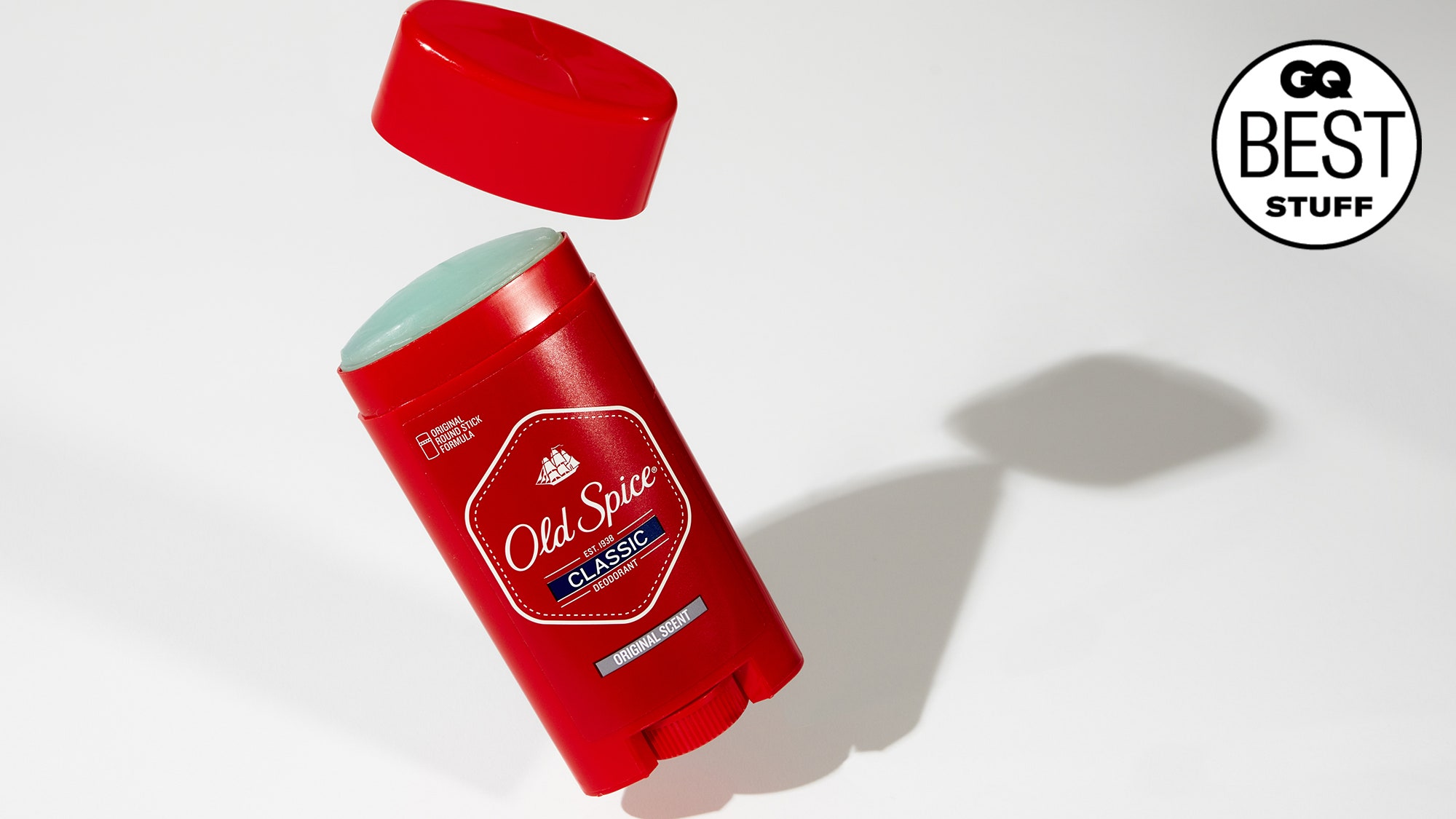