Here, Marianne Williamson tells us more about her bird obsession.

GQ: What prompted you to get into birds recently?

Marianne Williamson: There are so many problems in the world. There’s so much ugliness and so much pain. It’s important to remind ourselves sometimes of the things that are beautiful, evenly awesomely so. I think beauty restores us. On Twitter, I feel it sort of cleanses the palate to see beautiful pictures. We can only take so much bad news before we have to take a break. Or how will we bear it all?

Was there a specific moment or a photo you saw that got you interested?

It’s the beauty of nature, not birds specifically, that is such a poignant reminder to us today, not only of that which remains but also that which is at risk. Over the last 50 years, because of industrial agriculture, we’ve destroyed half our birds. So just seeing those pictures is enough to turn you into an activist, which is my “wink wink” to everyone when I post them. I usually post the pictures late at night. They’re part goodnight kiss, part “keep the faith,” and part “save the birds.”

How do you find the photos? Do you search for them or do people send them to you?

People send all these amazing pictures of birds I didn’t even know existed with colors and shapes that just take your breath away. Nature has a way of stopping you in your tracks if you allow it to. Wonder and awe and amazement are in too short a supply today, but nature has it in spades.

Are you a birdwatcher offline as well?

What is the most fascinating bird that you’ve been sent?

Oh, I don’t know. I look at them all. I feel such intense wonder at the color sometimes, the shapes, the feathers. It’s extraordinary.

Did you know, a few years ago there was a mandarin duck in Central Park that became a sensation—

No! The mandarin duck is one of the extraordinary birds, but there was one in Central Park?

Yes! The city was captivated and people would travel just to go see this duck.

Someone just out of the blue put it there?

It’s unclear how the bird got there. It just showed up one day.

He’s not, but there was a snowy owl last season that had a similar effect. So I was wondering, why do you think it is that birds, in particular, serve as such a point of fascination for people?

Well, I think nature does. I think we’re hardwired for a connection to nature that unfortunately has been so frayed in the modern era. The beauty of nature reminds us of something fundamental and reconnects us to something fundamental, to who we are. I think the environmental crisis has reminded us in horrifying ways of the damage that we’re doing, not only to nature, but to ourselves. We’re part of that.

You mentioned that you post the birds in order to give people a little nudge towards activism. Is there any reason why you don’t say it outright?

[Laughing] I think people who read my tweets don’t mind having a break every once in a while. Let’s just cleanse the palate for a while. They get hit over the head hard enough with my political tweets, it’s probably lovely to see something wordless on my feed. 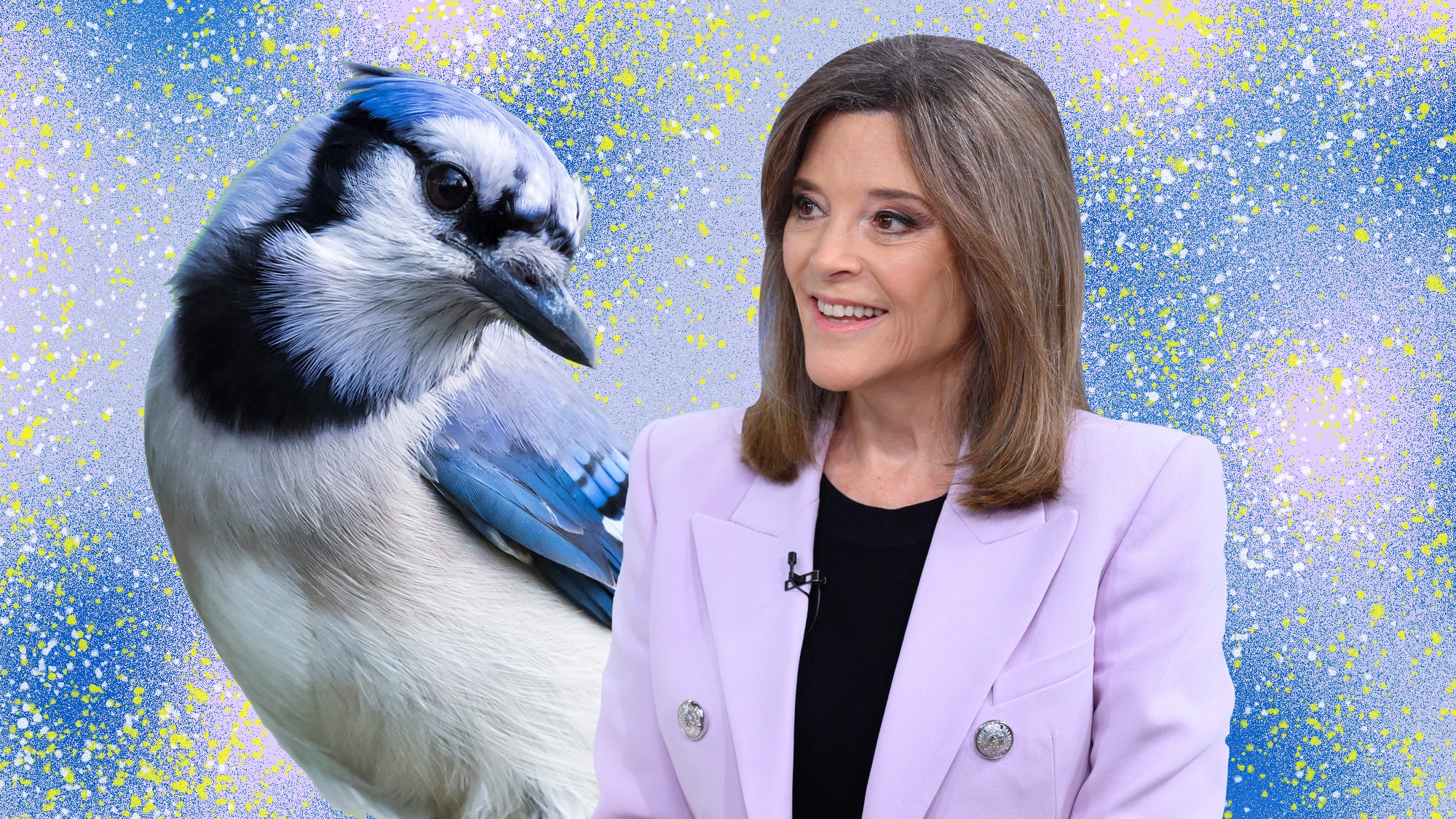