An unlikely tabloid fixture has emerged this past year, with all the flair and panache of prime Andre Agassi: Pete Wentz, playing tennis. And boy, does he play tennis. He plays wearing Spirit of Halloween merch in the middle of December. He plays it with his buddy Gavin Rossdale (and Rossdale’s cheerful Pomeranian). He plays so much, in fact, that he says he’ll often spend up to six hours picking up games in the park, bouncing from some hitting with Zach Braff to a full match of doubles with the 60-something guys hanging out.

The Fall Out Boy bassist, who’s hopped in and out of the public eye in the two decades since he founded the band, has evolved into that lovable type of low-key celebrity who just seems like he’d be a good hang. He pals around the courts, films TikToks with his kids, maintains a little vertical garden at his house, and generally does his own thing, while continuing to put out music with one of the most enduring emo bands around. These days, he’s gearing up for a big tour with Green Day and Weezer and recording a weekly Apple Radio show, where he might defend Affleck’s Batman before he chases Leonard Cohen’s “Hallelujah” with Kid Cudi’s “Pursuit of Happiness.”

All of that, somehow, leaves plenty of time for tennis. Wentz talked to GQ about the drill that made him puke, the quality of Steve Carell’s backhand, and why the sport is the great equalizer.

For Real-Life Diet, GQ talks to high-performing people about their diet, exercise routines, and pursuit of wellness. Keep in mind that what works for them might not necessarily be healthy for you.

Pete Wentz: It depends on the week. Some days I’m a complete park rat and I’ll play, like, six hours a day. I go through spurts. A couple of days a week, I play at the park with old guys who do a lot of…unorthodox strokes [laughs]. Park tennis is completely different. You have people yelling at you, and sirens and police helicopters. And I play at my coach’s house, where he has a little court, which has been really nice in quarantine.

Do you plan those six-hour days, or does it happen by accident?

If I don’t do any physical activity during the day, I’m not a great person. I’m snappy, I don’t feel good. When I play tennis, when it’s going well, that’s all I think about. I don’t think about anything else. That’s a nice feeling.

Totally. Which I also started in quarantine. I’m not as good at meditation as…I don’t do six hours a day, if you know what I mean. My friend Wes [Lang, former GQ watch columnist] put me on to these specific meditations on an app. I have a really active mind that won’t stop, so I use a mantra meditation. I do that once a day. I realize with all the tennis and the weightlifting, I should be doing more meditation and yoga. That’s what my grandma did every day, and she lived forever. I’m missing flexibility and balance.

With tennis, do you typically rally or play full matches?

I ideally like to play singles. I’m trying to eat lots of pizza, and singles is the only thing that will burn that for me. I don’t think I’m truly savvy enough for doubles, since it has a bit of a chess-like strategy. With singles, I can just grind. I’m not the greatest player, but I’m easy to play with. If you don’t wanna run for a lot of balls, I’ll run to them for you. If you’re a better player than me, I’ll be your wingman. But I’d rather play singles or just hit.

When did you start playing? 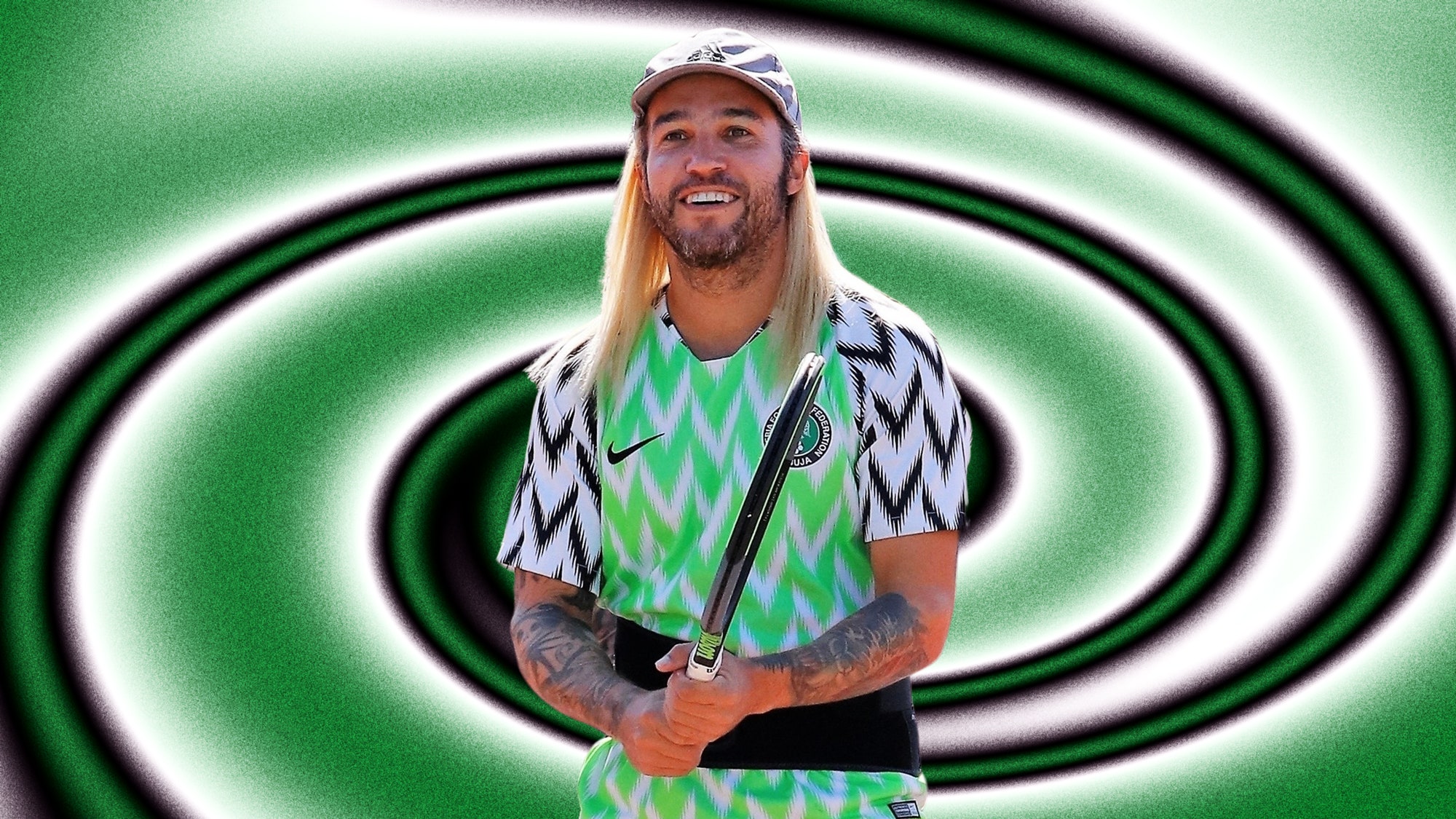