The Great North’s most famous fashion export is easily the denim-on-denim look—otherwise known as the Canadian Tuxedo. You know this. Jay Leno knows this. Everyone who works at GQ knows this. So, when Team Canada revealed their uniform kit for the forthcoming Summer Olympics, it was not a huge surprise that there was some denim. It was, surprising, however, that the jean jacket came adorned with faux spray paint, Sharpie scribbles, an assortment of patches, and all manner of Office Space-style flair. Unfortunately for Canada, the garment looks like something you might spot on the sale rack at a fast-fashion retailer than something worthy of the Olympic stage.

The garment in question comes from Hudson Bay, a longstanding Canadian department store and the official outfitter of Team Canada. The other pieces in the uniform assortment play it safer, and to far better effect: a pair of striped track pants, a red-and-white warm-up jacket, and a simple graphic tee all seem like perfectly strong Olympics looks. But it’s the denim trucker jacket that seems to have caught the attention of the Internet and bounced around on Twitter. (Oddly enough, the company teamed up with Levi’s—a label about as American as it gets—for the jacket itself.) It’s easy enough to guess what Hudson Bay was going for: bringing a youthful, off-kilter edge to an event that tends to skew more traditional. The critical flaws here are that they were about a half-decade too late…and that wearing a “battle jacket”-inspired garment doesn’t exactly jive with the clean-cut Olympics.

It’s not too hard to trace the source material here. The punk-ish jean jacket had its mainstream fashion moment a while back: Kanye West and his The Life of Pablo merch, which included a chaotic-looking denim jacket, pushed the look onto Instagram and the celebrity gossip sites. Other stylish dudes like A$AP Rocky and Justin Bieber followed suit. Soon, it was on the racks of every fast-fashion retailer under the sun. Fast forward to 2021, and the mass-produced version of this look feels more than a little dated.

Taking big swings with Olympic fashion is always risky. Ralph Lauren has a pretty solid track record for Americana-inspired kits for the Team United States, from preppy navy blazers to modern-looking puffer jackets. (We don’t have to talk about the star-covered cardigans from 2014.) Unfortunately for Canada and Hudson Bay, these particular jean jackets will go down on the wrong side of Olympic style. Let’s be clear here: denim jackets are cool and will always be cool. Denim jackets adorned with faux graffiti are…not. 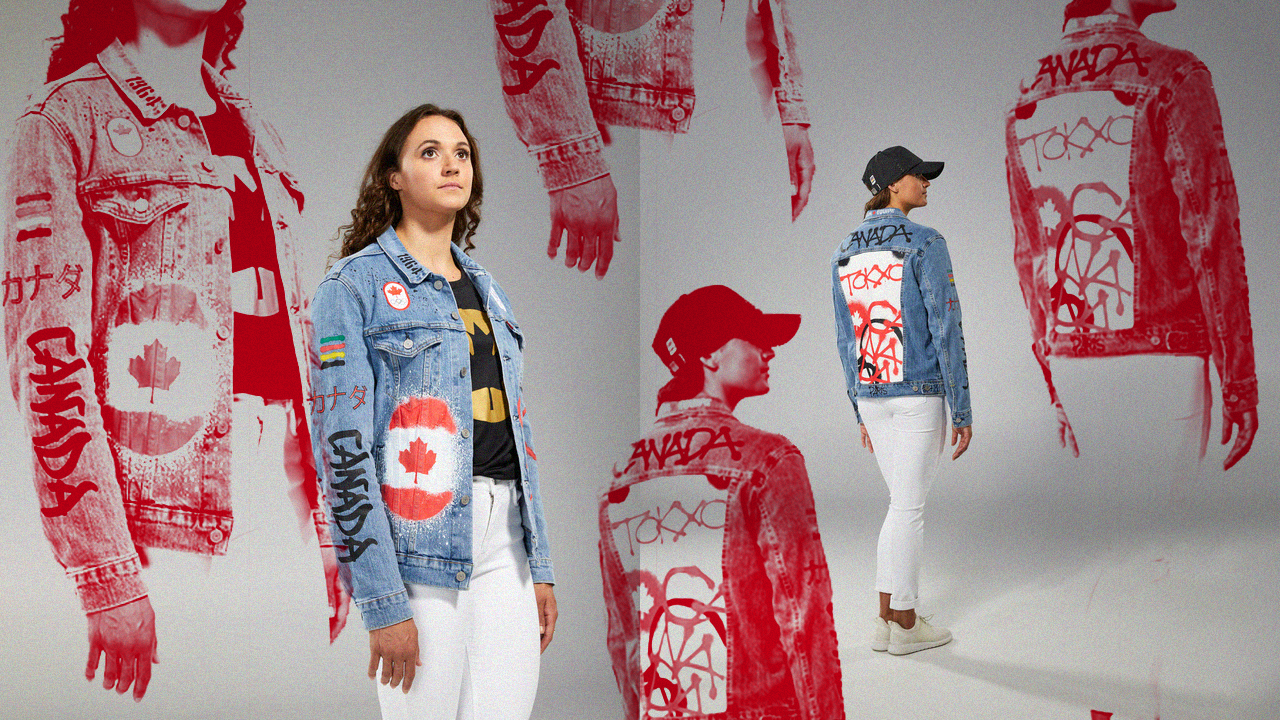