Clarks desert boots are a classic on par with Levi’s 501s or a pair of Chuck Taylors. Canonized in style manuals across the worldwide web and cosigned by fashionable people spanning generations, it’s basically a perfect shoe. Since its formal introduction to the masses in 1949, the Clarks desert boot has been the definitive warm-weather boot, hopping from its origins in the military to various civilian style tribes. Though the desert boot has been iterated upon over the years, the silhouette has been left largely untouched. Until now.

In celebration of the desert boot’s 70th anniversary, Clarks has introduced a new version—and it’s a head-turner. It’s dubbed the Desert Boot 221, but a more fitting name might be the Double-Stuffed Desert Boot. That’s because this new version features a hefty sole that’s been stacked with an extra serving of crepe rubber, literally elevating the shoe to new heights. Unlike the lean profile of the OG, the 221 is unapologetically bottom-heavy, without stomping into platform-shoe territory. It’s still instantly recognizable as the spring-ready daily driver you know and love. Now it’s just got better mileage. In our cropped-and-wide-legged-trouser era, the 221 has all the beefiness necessary to hold you down on the low end.

Aside from its outwardly glorious gains, the 221 has made some changes on the inside too. While the original Clarks desert boots are lined with soft leather, the 221s come unlined, making them even more ideal for summer, despite the extra heft. The suede uppers, meanwhile, have been tanned without the usual chrome chemicals, meaning they’re also far greener than their predecessors. In other words: They’ve bulked up in all the right places, while cutting out the fat.

The 221 arrives amid a torrent of bigger-is-better footwear, including (literally) enormous hits like Bottega Veneta’s chunky Puddle boots and JW Anderson’s massive chain loafers and hulked-out Chelsea boots. And yet Clarks’s update to one of their most iconic models doesn’t feel like trend-hopping in the least; instead, it reads like a natural and beautifully executed evolution of an all-time-great shoe. The better-with-age suede, the easy-wearing silhouette, the cushy crepe sole—it’s all there, only now there’s more of it. And in this instance, anyway, more really is more. 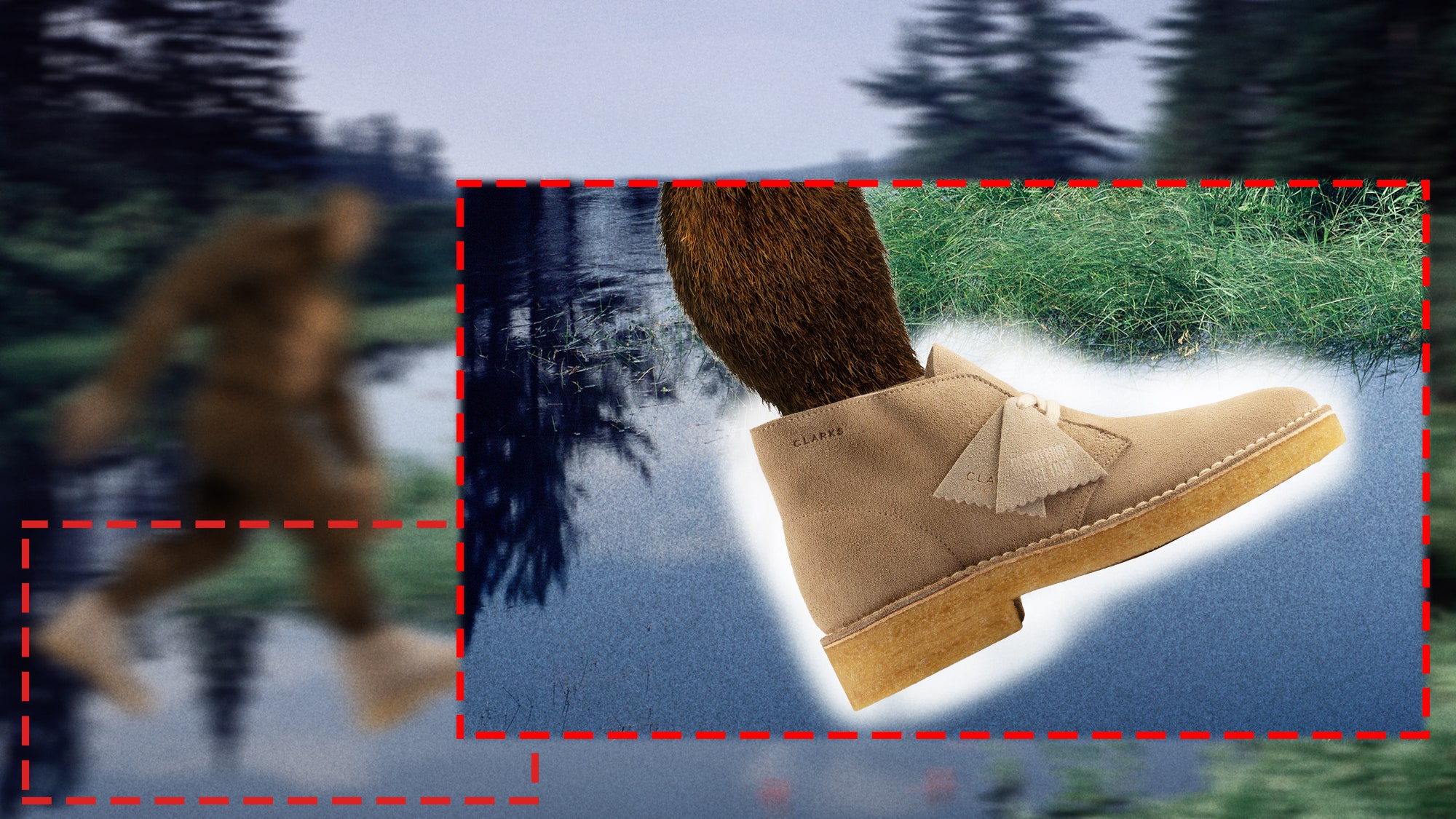