In the summer of 2017, in the middle of a massive world tour, Justin Bieber was staying at an idyllic Irish castle, alone. It was a low point for the singer—after years of public screw-ups, Bieber had lost touch with his ability to feel joy. So he made a difficult decision—he cancelled the rest of his tour to focus full time on becoming a better person. Now, thanks to faith and marriage, he’s found grace.

For GQ’s May cover, Justin Bieber talks to Zach Baron with unprecedented candor about his dark moments, slow walk to redemption, and newfound domestic bliss. For almost his entire life, he’s been the subject of public scrutiny. He tells a story here about how after signing his first recording contract, he hid his passport to get out of playing the Today show and the relentless pace of his new life. He fessed up and played the show, and the pace only got faster for the next decade as his life took a dark, debaucherous turn. When he was in his early 20s, he tells Baron, security guards would check his pulse while he slept at night to make sure he was still alive.

Since then, Bieber has slowed down and refocused. “I don’t want to let my shame of my past dictate what I’m able to do now for people,” he says. He’s found the perfect partner in his wife Hailey Baldwin Bieber (kids one day, he says, but not today), who helps him maintain a healthy home life.

And above all, Bieber has found solace in religion. No longer affiliated with the Hillsong, Bieber has moved away from celebrity pastors toward a more personal sense of faith. “The reality is, every human being has the same access to God,” he says. As Bieber’s friend Chance the Rapper tells Baron, “Our secret sauce is Jesus. Justin doesn’t fake the funk.”

“Being famous breaks your brain,” Baron writes—it certainly broke Justin Bieber. But through hard work and serious faith, he put himself together again. To find out how, check out GQ’s May cover story about Justin Bieber featuring photography by Ryan McGinley and styling by Karla Welch, at the link below.

The Redemption of Justin Bieber

He made every mistake a child star can make, including the ones that nearly destroyed him. Now—fortified by God, marriage, and a new album, Justice—Justin Bieber is putting his life back together, one positive, deliberate step at a time. 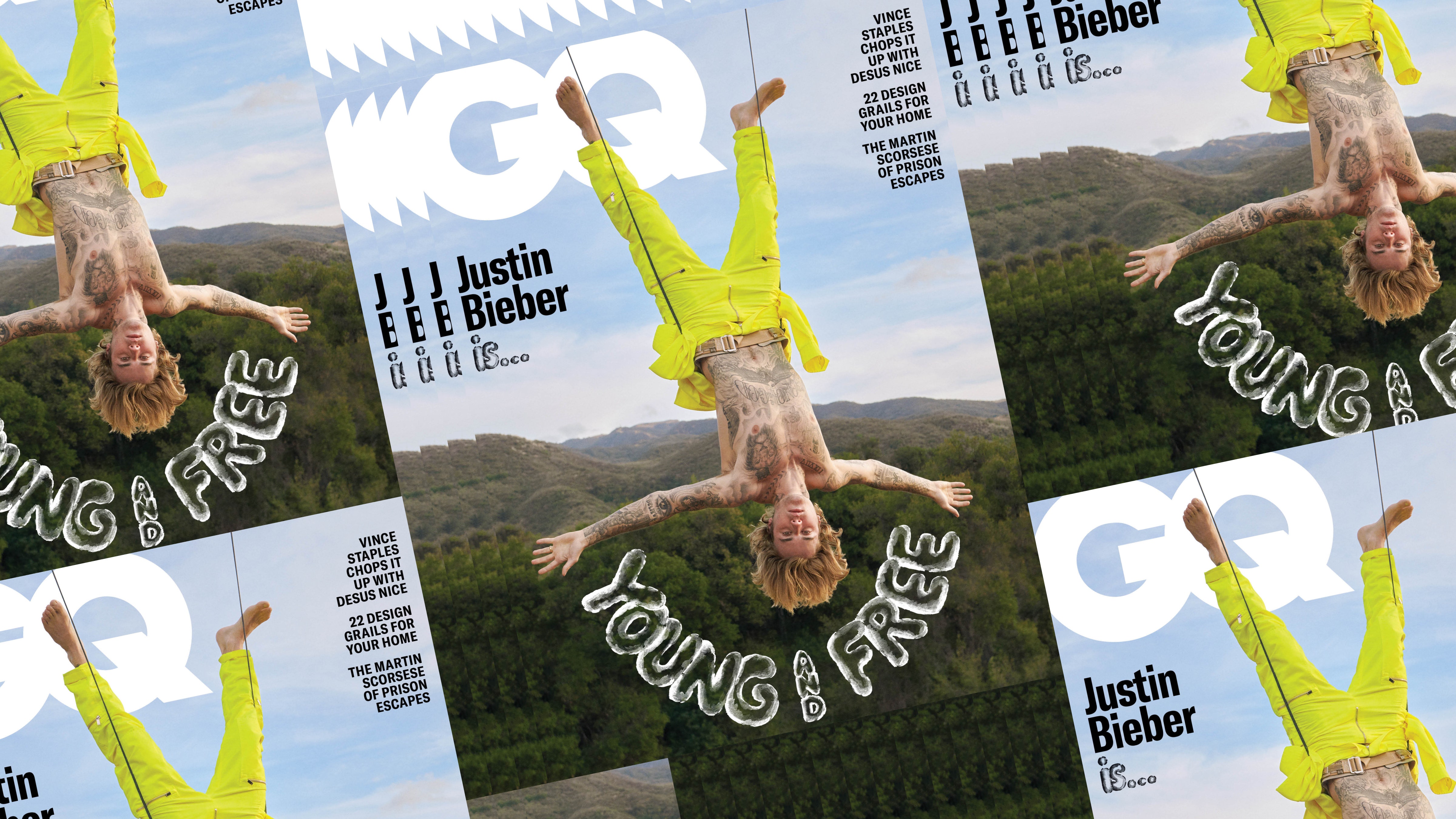