Whether it’s to avoid the yellow pit stains caused by aluminum antiperspirant or simply an aversion to weird chemicals in sensitive areas, for lots of guys natural deodorant is the only way to go. Now, I’m personally pro-aluminum. I love rubbing a big, debatably-toxic stank-stopper under my arms, because I’m the kind of guy who casts a pronounced odor if I don’t otherwise apply, but I totally get it.

If you’re only worried about keeping things aluminum-free, that’s simple: anything marked “deodorant” rather than “anti-perspirant,” even at your local drug store, will be aluminum free.  But today we’re talking about a category of products that are a bit earthier than that—your baking sodas, essential oils, probiotics, what have you. There are many, many ways to block odor and soak up sweat, and many nebulous interpretations of “natural” that you have to weed through when you’re shopping. (It’s more akin to the ambiguity of clean grooming” and not nearly as cut and dry as “natural sunscreen” is.)

First, know that not every ingredient will agree with every person. The task at hand is, of course, covering up the odor without irritating the skin (in a part of the body that is very easily irritated), and a natural deodorant can fail in either direction—it can do a great job while turning you into an itchy mess, or it can smell and feel great….until 3 p.m. This comes down to the exact deodorizing ingredients, and you’ll often see more than one in any single product.

Baking soda is perhaps the most polarizing ingredient in natural deodorants. Some people swear by it, and some people swear profanely when applying it. That’s because it’s fairly irritating for lots of people, though baking soda itself is terrific at absorbing odors (it’s why many people leave an open box of it in their refrigerators). But because baking soda has a very opposite pH as our own skin (it is extremely alkaline while skin leans acidic), it creates this irritating reaction in many people. That sounds super harsh and scary, but lots and lots of people have no problems whatsoever. And, well, if you want to know whether or not you react to it, I guess you have to try it to find out. (You might see baking soda listed as “sodium bicarbonate” on the label itself.)

Tea tree oil is commonly used in skincare, scalp care, anti-acne products, and deodorants. It is antimicrobial, antifungal, and antiinflammatory—all the best antis that can help neutralize and calm your bacteria-bothered pits. Many other essential oils have antimicrobial and soothing properties, but tea tree has proven to be particularly potent. Like baking soda, it doesn’t agree with every single person’s skin.

Probiotics are the ‘good’ bacteria (the ones that don’t cause body odor), while prebiotics are essentially the food that the good bacteria eat. Plant sugars like xylitol and rhamnose are common prebiotic ingredients in natural deodorants and skincare. This helps the the good bacteria proliferate and box out the odorous ones.

Magnesium, often listed as magnesium hydroxide or milk of magnesia, is a terrific natural odor stopper. It doesn’t absorb into the skin, and instead battles the bad bacteria on the surface. So while it may not get to the root of the problem, it still significantly hinders the thing you’re most trying to prevent.

The idea here is that plant- and fruit-derived acids (like lactic, mandelic, glycolic, and citric acids) can break down the bacteria without throwing the skin out of whack. The exfoliating acids are gentle when met by your acidic skin. They also keep pores clear and don’t clog like thick deodorants might (which itself can lead to excess sweating and moisture buildup, hence more bacteria.) The best ones nourish, hydrate, and soothe with ingredients like aloe and hyaluronic acid, too. It’s kind of like an extension of your facial skincare regimen (another very sensitive area of skin).

Sea salts are yet another antimicrobial ingredient that prevent odorous bacteria from running amuck. I personally don’t have the best luck with them, but I have friends who swear by the stuff.

Each & Every natural deodorant with Dead Sea salt (2-pack)

Natural deodorants often rely on things like kaolin clay, arrowroot powder, and tapioca starch to soak up moisture. Keeping things dry gets to the root of the problem by keeping the area inhospitable to odiferous bacteria. 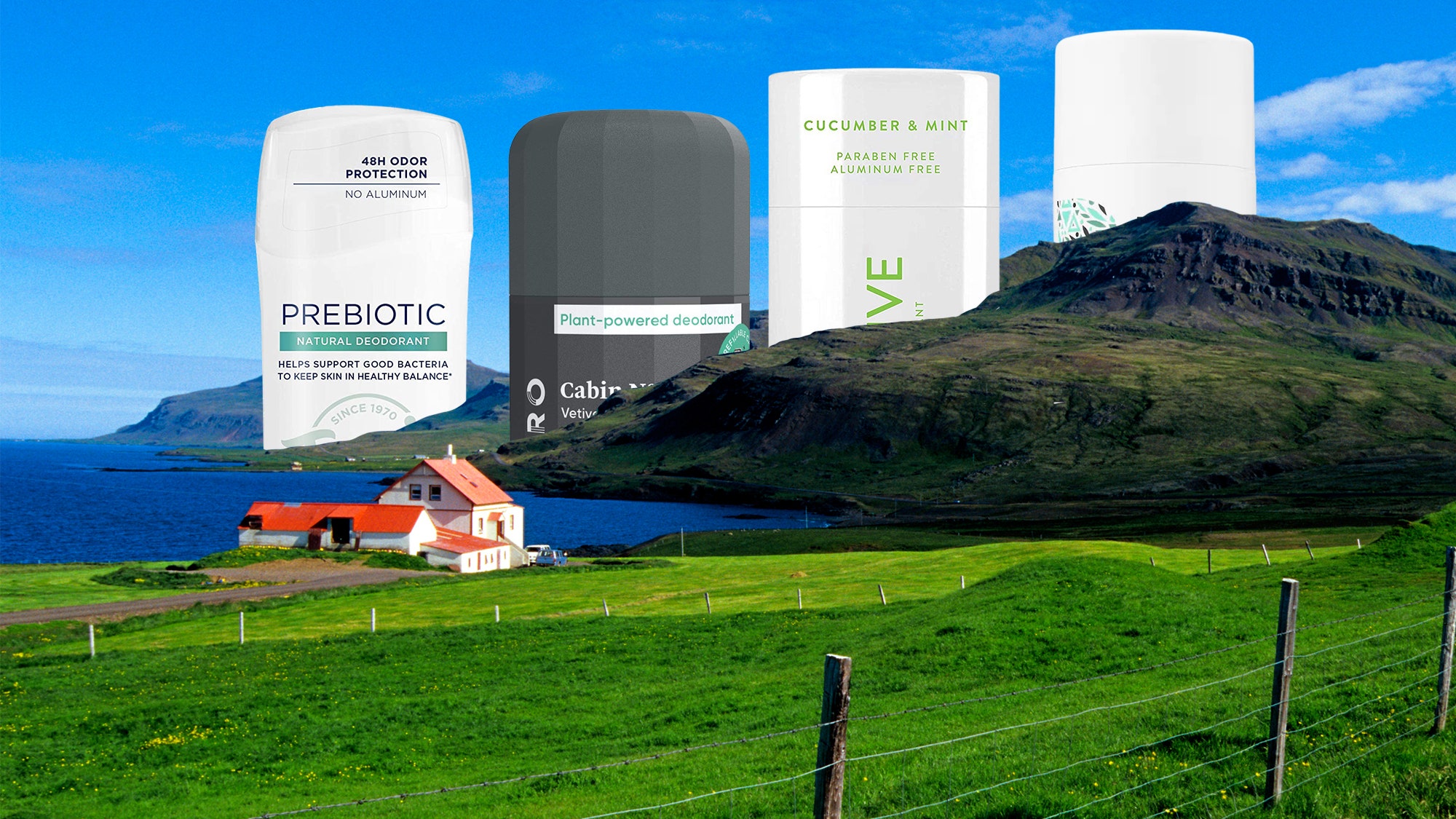