It’s been a weird year for getting dressed. If you’re shaking off the style cobwebs, breaking free of your sweatpants, and need some pointers on where to go next, we’ve got you. All week long, GQ Recommends is exploring What to Wear Now: the clothes, designers, bold moves, and big vibes that matter at this precise moment.

Long before the world went on sleep mode for an entire year and everybody stopped changing out of their pajamas, the suit—or at least our broader cultural understanding of the suit—was on life support. “Smart casual” reigned in our offices, our restaurants, our theaters—practically anywhere outside of weddings and funerals. Which meant that suddenly, for the first time maybe ever, wearing a suit was a choice instead of a signal of conformity. If you were wearing a suit, it was because you wanted to wear a suit—because it made you feel good.

Coming out of our fleece-laden lockdown, that sentiment is going to feel more hyper-relevant than ever before. Suits are adapting and evolving to fit our increasingly anything-goes fashion climate, getting bolder and bigger and so much weirder. If you’re in the mood to dress up, smarten up, clean up, and party, here are a few ways to do just that. The suiting vibe we’re feeling most right now is a touch more skate park than stock exchange: a little less polished and precise, a little more anarchic and fun. But unlike in the past, when we might’ve prescribed specific guidelines to collars and tie knots and cuff lengths, the only real rule for suiting up in 2021 is to do whatever feels right. Consider this our roadmap for finding your own suit nirvana.

The Big Suit Is Back

For most of the last decade and change, as far as suits were concerned, looking to the past for inspiration generally meant one thing: the ‘60s, slim lapels, sharp cut—straight outta the Mad Men wardrobe department. Lately, though, we’ve been gazing a little further afield: specifically to the roomier, drapier silhouettes of the ‘70s and ‘80s. (Think Sticky Fingers-era Jagger and American Gigolo-era Armani.) A closely tailored suit is never going to be out of style, per se, but these elegantly loose ensembles hit especially right for right now. 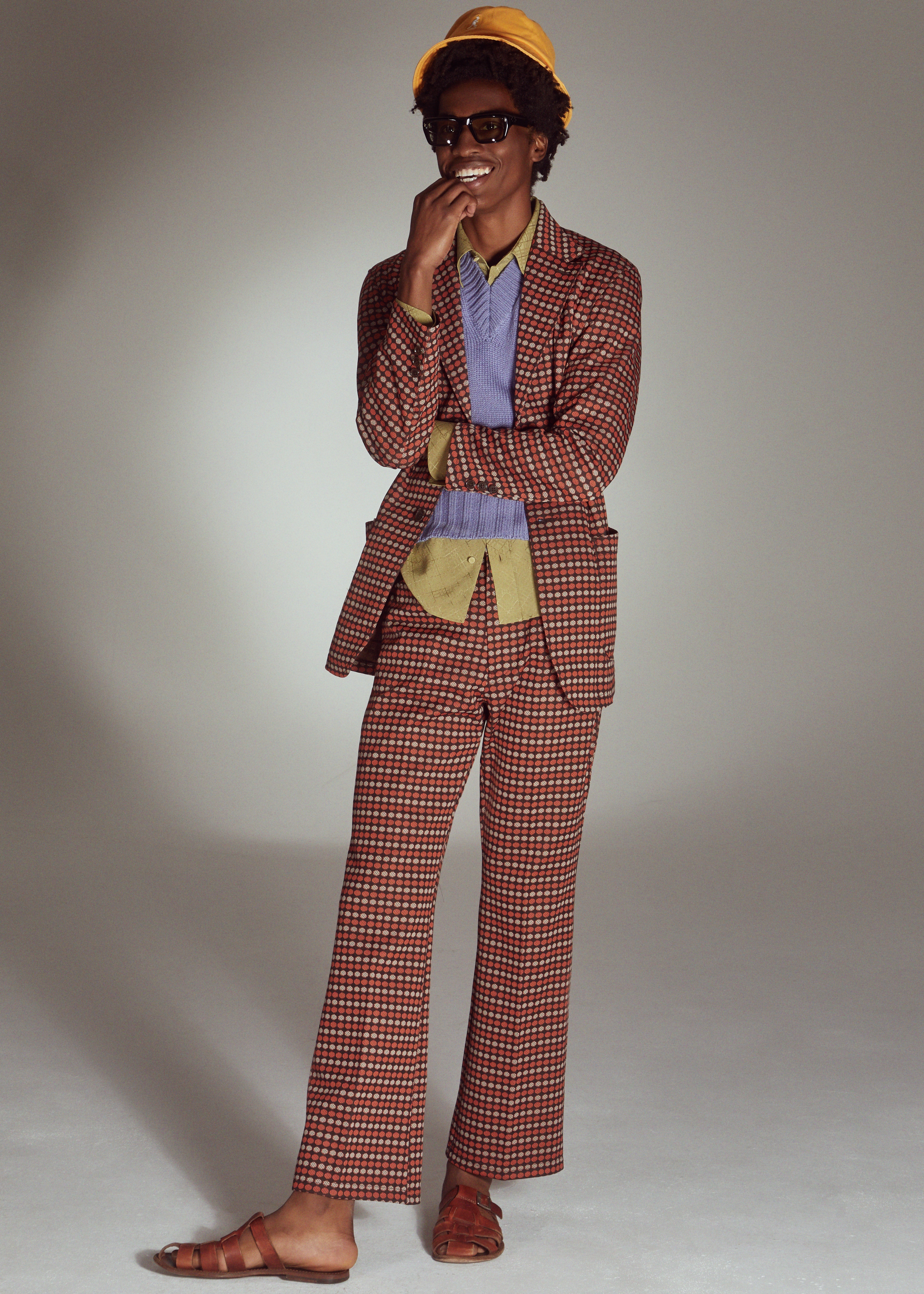