I’ll tell you this story, and I hope you take it with the love I have in my heart for David.

When Teller and I were first touring—and “touring” means the two of us in a car, playing fairs—we stopped at Gilley’s [the legendary Pasadena, Texas, venue featured in Urban Cowboy] because David Allan Coe was playing. This was the 1970s, and Teller and I did not look like we belonged at Gilley’s. We were drinking seltzer and milk. I think I actually, literally had a glass of milk, because I was hungry. Gilley’s felt like a dangerous place.

David Allan Coe came out onstage, and you know the line from Longhaired Redneck?

Well, there was no doubt we were praying we’d get out alive. He did not like the audience. He said, “Fuck you. All you deserve is the Eagles.” He then had the whole band play the Eagles for half an hour, while the audience threw beer bottles at them and screamed.

Teller and I had seen the Sex Pistols, and it was nothing compared to this. The Sex Pistols were pretending, and this was real, in some surreal way. Teller and I talked about it for 20 years. I mean, I don’t think there were two weeks that went by that we didn’t somehow mention, in trying to figure out where we were trying to go artistically, somehow trying to grab a piece of that feeling of being at a David Allan Coe show.

Twentyish years later, David Allan Coe was playing here in Las Vegas, and we happened, miraculously, to have a night off. Understand that in the early days, Teller and I were like the Beatles were—not in terms of talent, but in that we were together all the time. Eventually, we’d gotten other people in our lives, and now we were more like coworkers. So, in this really romantic way, we decided we were going to go see David Allan Coe again, 20 years later.

David Allan Coe came onstage and he mentioned being in prison, and a quarter of the audience cheered, like, “We’ve been in prison! Yeah!” Teller and I were looking around with huge smiles on our faces: “How great is this?” There we were again.

Then David Allan Coe said, “I’ve got two dear friends here tonight that I know very well and have been on the road with.” Teller and I get out-of-our-minds excited. We’re like, “Holy fuck! Willie’s here! Waylon’s here!” We’re craning our necks all over: “Who the fuck is it going to be? This is going to be great! I’ve never even been in the same room with Willie!” He builds this whole thing up about how great these guys are and how they’re friends of his. And then he says, “Penn and Teller.”

I mean, he could have said there were aliens in the audience and it wouldn’t have surprised us more. The spotlights hit us, and for a moment Teller and I make eye contact, like, “Did you set this up? Are you fucking with me?” We stand up, wave to the crowd, flash peace signs, and blow a kiss to David like, “Love you, man.” He goes, “Good to see you guys again.” Teller and I sit down and look at each other like, “What the fuck just happened? What just happened?” 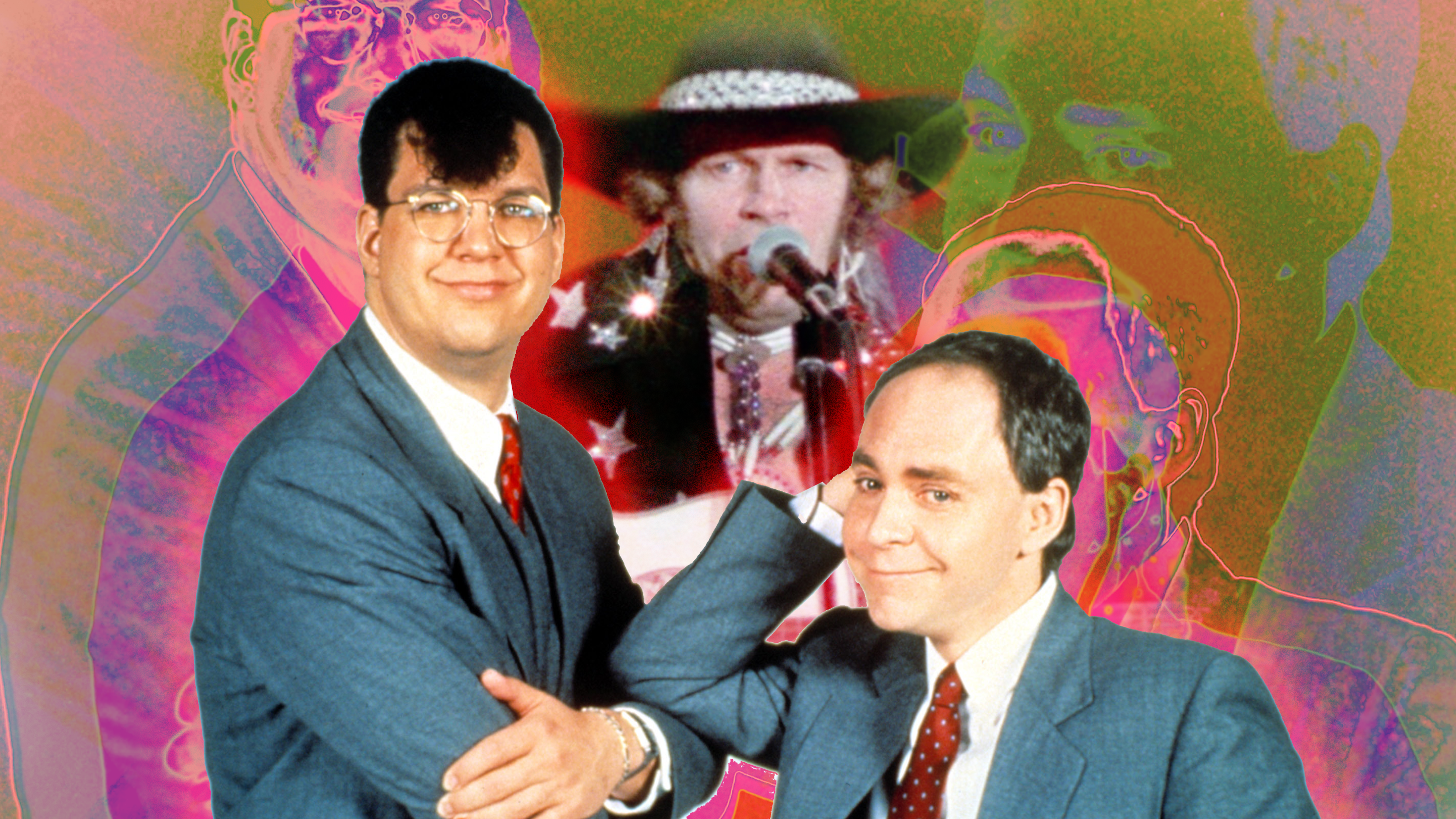