There’s also a lot of text. Trust me: this is a good thing. You can only learn so much about putting together a home by collecting pictures from various corners of the internet. At some point, you’ll probably want to learn why these things go together, what certain materials are called, which ones are best for particular uses, the designer of those vintage chairs you keep seeing online. Conran’s got you covered.

One of Conran’s Habitat furniture stores in London, 1973.

You may be thinking, “Ok, but why would I want style advice from fifty years ago?” To which I’d say: Why limit yourself to the advice of right now? Timelessness often comes from borrowing from the past. “I’ve spent a lot of time interviewing octogenerians and also like, browsing their libraries,” says Kelsey Keith, director of brand editorial at Herman Miller and former editor-in-chief of Curbed. She thinks that’s probably how she first came across The House Book. “The format is incredibly practical,” Keith says. “I have yet to find a digital format where you can look at a floorplan at the same time as a sidebar that gives you really practical info on how to replicate or think about a space, that’s also near a photo with a caption.” If you’ve ever spent Criterion Collection movie night instead scrolling through Etsy for a vintage lamp, you’ll understand that knowing what you’re looking for is especially helpful when it comes to home design. But knowing what you’re not looking for? That’s a skill you can only develop by looking offline. Fabric roller blinds may not be on your radar, but maybe they’re just the thing for your cluttered bookshelves. Marble countertops are nice, but have you ever thought about ever-so-customizable (and usually, very affordable) tile?

For Shannon Maldonado, founder of Philadelphia interior design studio and store Yowie, the book’s playful, almost conspiratorial voice is as much of a draw as the visuals. She cites one of the opening lines: “Do you know how you want to furnish your home? If you do, don’t read on. That’s so cool! He’s like, “Do you need me or not? If you do, I’m here. And if not, good luck.” Maldonado, who worked in fashion design before opening her store in 2016, then broadening the brand to include consulting, appreciates Conran’s egalitarian approach to knowledge-sharing. “As someone who’s newly getting into the field of interior design,” Maldonado says, “there is a little bit of gatekeeping of information and resources that does not exist in this book. If I was new and starting out and read this book, I would feel so empowered.” She likes how Conran borrows from many different kinds of styles, breaks rules and emboldens readers to do the same. If the second floor of your house has a better view than the first, why not put a living room up there and sleep downstairs? Why not buy floor cushions you love instead of a couch you don’t really like? Have you considered building a platform instead of a wall to break up a room?

This photo doesn’t appear in The House Book, but gives off the same vibe: there is nothing wrong, Conran will tell you, with a seaside astroturf firepit.

What I like about The House Book is that it can be read at different levels (renter, homeowner, home builder), and teaches you how to think about making the most of what you have instead of focusing on what you don’t. It’s only aspirational in the sense that it makes you want to be more creative. While Lavery and King have sold a handful of House Book copies alongside their vintage housewares and furniture, each time they come across a new title in the Conran library of books (of which there are many; The House Book is just the first), they keep it. “The only time we’ve parted with a Conran book is when we have a double,” says King. Conran’s books may be out of print, but they’re still in demand—and style. 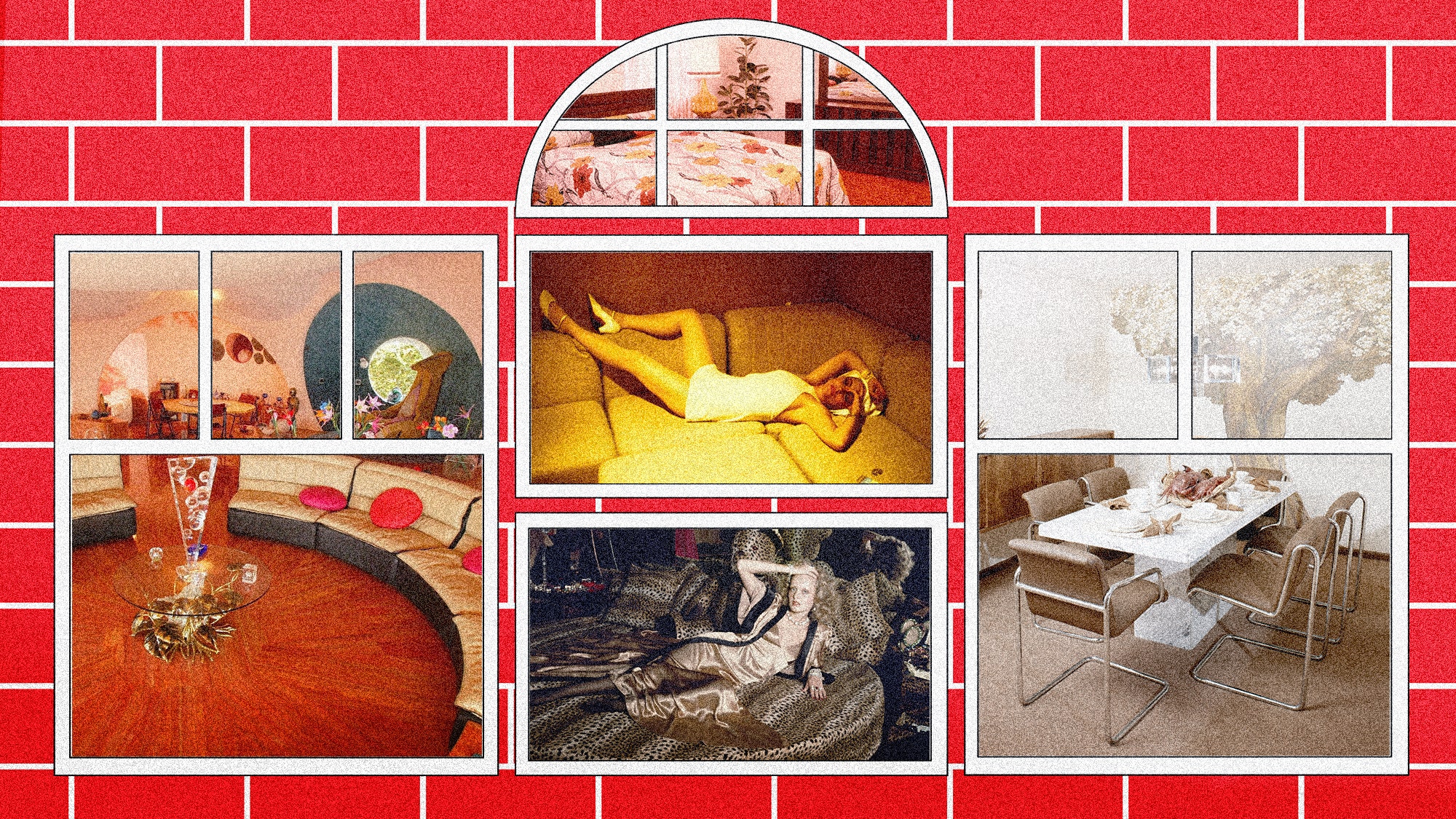