Sneakerheads likely best know Sacai for its Frankensteined flips on classic Nike kicks, but founder Chitose Abe has built a cult following for the off-kilter vision she honed while training under the likes of Rei Kawakubo and Junya Watanabe. Lately, Abe’s directed that incisive eye toward traditional workwear forms: barn coats and baggy double-knee trousers, all paneled in vivid technical nylons.

Oil / Lumber’s Ethan Kiyoshi Summers crafts all of the label’s impeccable Japanese-inspired workwear himself in his Nashville studio, and then puts its function and wearability to the test while constructing the company’s other main offering: gorgeous wood furniture.

In the five years since he launched his eponymous brand at the age of 18(!), Reese Cooper has racked up a sparkling CV: his first full runway collection debuted at Paris Fashion Week in 2018; he became the youngest-ever finalist for the CFDA Vogue Fashion Fund a year later; and his clothes have shown up on the backs of everyone from Travis Scott to Idris Elba. He’s gotten there by following a pretty steady formula: hardwearing, deeply American clothes—flipped in wild prints and offbeat tones with perfectly boxy, pocket-happy silhouettes—all produced in Los Angeles.

Craig Green became a star in London’s fashion scene on the strength of his quilted nylon workwear—arresting and elevated but still highly practical, like a toughened-up take on Issey Miyake’s pleats. More recently, Green has been unafraid to take his understated signature fabric in more, uh, stated directions, as proved by the trippy floral jacket below.

London’s Satta specializes in a breadth of crisp, tasteful essentials, all bound by a couple of excellent defining qualities: muted tones and very good pockets.

When you read Darryl Brown’s resume—former Kanye stylist and railroad engineer—his cropped, comfortable, highly functional aesthetic makes immediate sense. “If Dries and Carhartt had a baby” is how the designer describes it himself. Thankfully, his tasty clothes lean closer to the latter in affordability, while still delivering all the artful consideration of the former.

Entirely made and designed in California, Imperfects inflects all its hardy goods with a laid-back, surfer-y energy: everything looks and feels washed, worn, and perfectly broken-in straight off the rack.

You used to scoff at your dad wearing zip-off pants on family vacations, but Tombogo’s updated takes on convertible clothing—built with heavy-duty details like reinforced knees in wavy, mind-bending colors—will give your pops the last laugh.

Graziano and Gutierrez began life as a university thesis project in 2018, when founders Alejandro Gutierrez and Samuel Graziano traveled to Mexico to spend time with traditional textile artisans. The duo decided to turn the exquisite fabrics they were finding—generally used for furniture upholstery and tablecloths—into the stuff they liked to wear: trucker jackets and work shirts, pleated trousers and loose shorts. No word on their final grade, but for what it’s worth? We’d give ’em an A+. 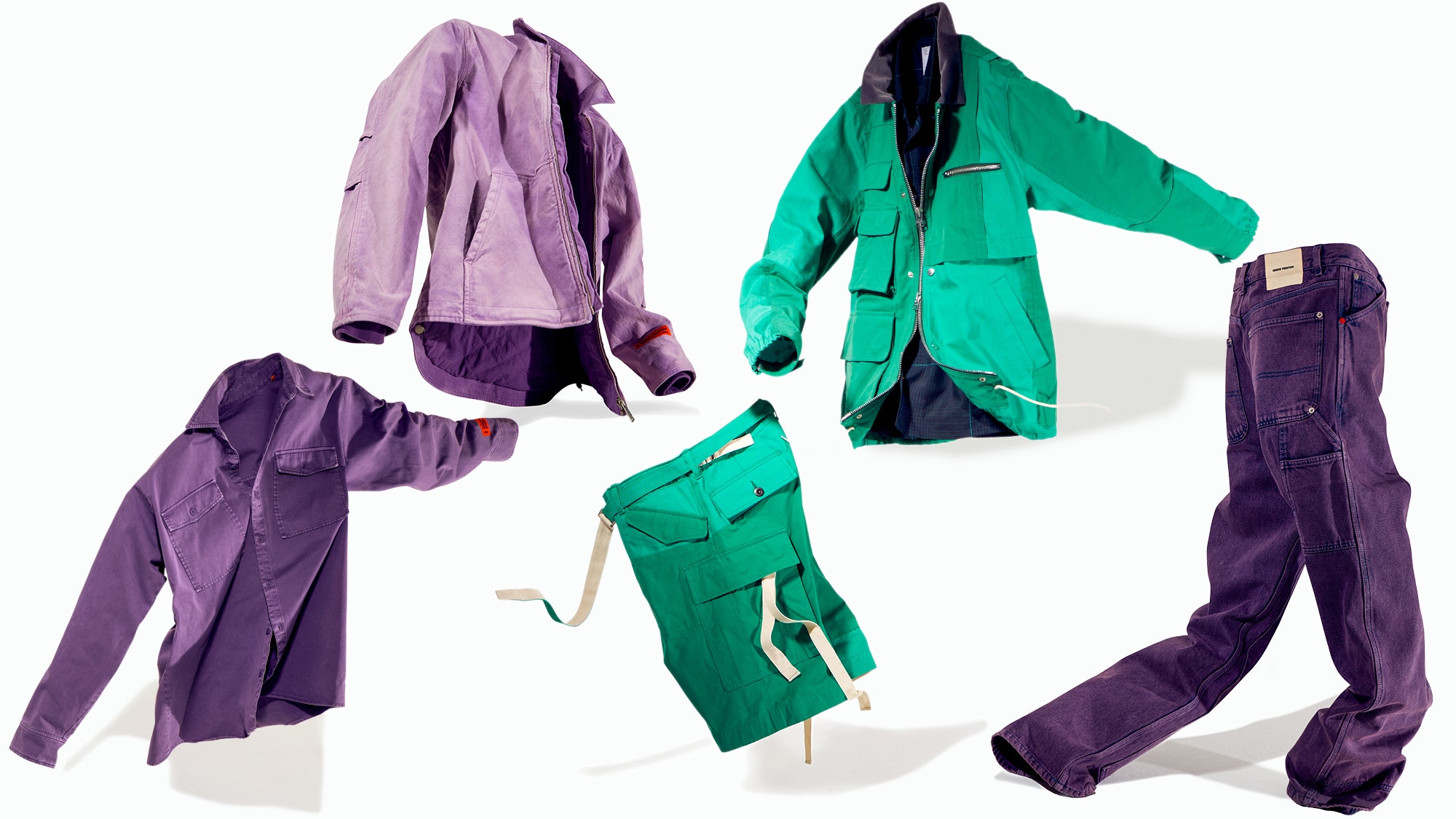