Over the last year, golf has been booming. It might be arrival of a new generation of charismatic and boundary-pushing stars, or maybe it was the pandemic: Hitting the links turned out to be ideal socially-distanced and well-ventilated recreation, and tuning in the watch the pros on Sunday afternoon was just the thing when stuck at home with nothing to do. Either way, interest in the sport hasn’t been higher since Tiger Woods’s 1997 breakout.

This makes it an auspicious time for PGA Tour’s Adam Scott—former world number 1, Masters champion—to launch his new podcast, Fairgame. He’s partnered up with co-hosts Eric Mayville and GQ watch columnist Ben Clymer for a five-episode run that goes deep on the Masters and life on the PGA tour. The idea is to have a seasoned pro break down the finer points of the game to a pair of amateurs—to get across what’s so compelling about a good walk spoiled.

With that in mind, GQ got in touch to have Scott put together a little syllabus  books, Youtube clips, and movies that are guaranteed to improve Masters week for anyone newly golf-obsessed.

The Match by Mark Frost

“Millionaire Eddie Lowey challenged fellow rich guy Geroge Coleman: he claimed that two of his employees, amateur golfers Harvie Ward and Ken Venturi, could not be beaten in a best-ball match by any pair. coleman accepted, and showed up with two ringers—Ben Hogan and Byron Nelson, with 14 majors between them. Flex, right?

I don’t want to tell you too much about what happened, but it has often been described as the greatest match of golf ever played. It would have been something to witness it first hand, but this book does a pretty good job of capturing the magic. (One of my favorite parts is that the match took place at Cypress Point, a cliff-top course on the Pacific that I love.)”

“Golf can be complicated, but a lot of times we make it too complicated—which has adverse effects. This book helps me to simplify things, focus on the fundamentals, and reminds me that effective golf is played with a clear head and a solid foundation.”

Golf Is Not a Game of Perfect by Bob Rotella

Golf is Not a Game of Perfect

“In golf, as in any sport, you strive for perfection. But it’s impossible to hit a perfect shot every time. There are just too many variables. Often people equate playing perfect golf with the perfect swing, but that’s not how it actually works. This book really helped me as a young pro—in providing a mental framework that improving my game was not just about my swing, but how I thought about the game it as well.”

“This is just a classic, it belongs on the shelf of any enthusiast. It’s simple, direct, and practical—which is usually the best approach to playing golf.”

“Each year August National puts together an official documentary about the year’s tournament. They’re all on YouTube, and they’re all great, but I have two particular favorites.

1997. What can you say? Tiger by 12. It does not get any more dominating than that. This to me demonstrates the epitome of when a player has complete control over his game—and at the age of 21! This was something special, something to witness, and goes down as one of the best performances in golf history.”

“1986. Jack at Augusta, shooting 6 under on the back 9, claiming his record 18th major in style at the age of 46. There’s that iconic image of him raising his putter on 17 as he drained his putt for birdie. It was just incredible. What I got most out of it was the mental fortitude he showed—it’s a masterclass in what makes a champion.”

Vintage Clips From The Open

“The Open is such a storied major, and calls for an entirely different approach than, say, the Masters. The shotmaking and the creativity, seeing the greats both mentally and physically battle these courses and the elements, it’s hard not to get inspired.”

“Tiger has been so good for so long—he was tearing it up at such a young age. I go back to remind myself of the joys of golf, and to see the freedom with which he swings. Golf has always been a technical game—even more so now—but when I watch this teenager I’m reminded that sometimes the best approach is to trust my swing and let it rip.”

“Seve Ballesteros is such an icon of the sport. A showman, sportsman, and artist with the golf club. People often see their heroes as they perceive them in the moment, but this documentary reminds me that Seve came from a simple place, and through his hard work, imagination, and passion, he became one of the most beloved figures in the game.”

“Preparing for any major can be stressful, and the Masters is no different. Sometimes you need a moment of levity in all the seriousness and preparation the week requires of you. So I often find myself going back to this classic—for a break and to remember to have some fun.” 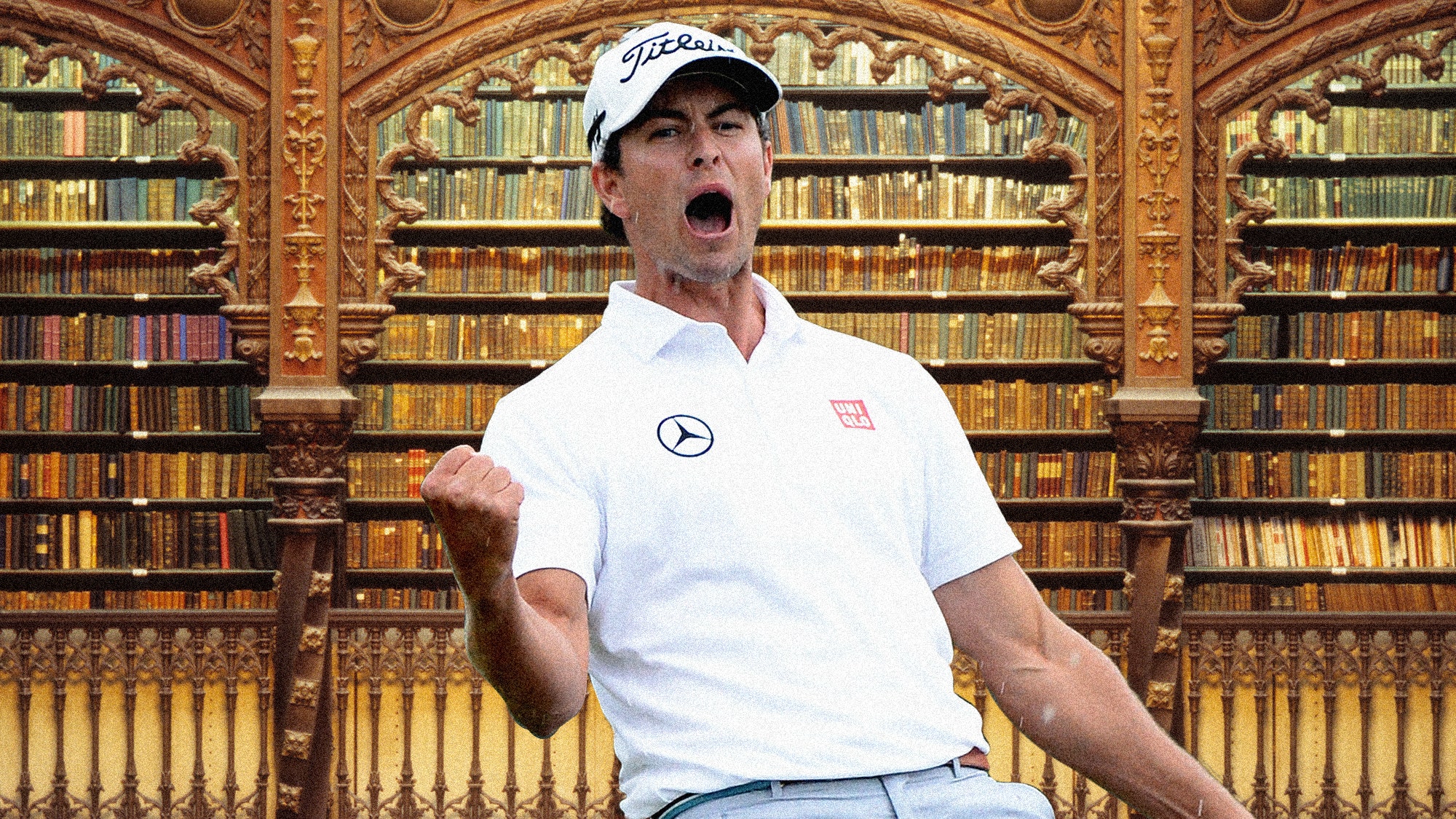