GQ: Last year was incredibly difficult for so many of us, but professionally, you had one of the best years of your life. How are you feeling right now, both mentally and physically?

Sasha Banks: It’s crazy what the universe continues to give me. I get shocked every single day. I mean, I’m walking into WrestleMania 37 as the SmackDown women’s champion, about to main event the damn pay-per-view. So I guess you can say I’m doing pretty well. I feel incredible.

The last time we spoke back in 2016 we tossed around the idea of you expanding into the acting world. I think you said then that the dream was to be in a Korean horror film…

Any kind of Korean movie, yeah. Or a thriller.

And then you end up as part of the biggest Hollywood franchise of all time, starring in season two of The Mandalorian.

When I got that phone call, I was just in such disbelief that I didn’t let it hit me until I actually went to L.A. to start filming. And then I was like, Oh, I have to keep this all a secret. So when it finally was announced, it was like, Wait, was this all real? It’s still such a mind shock.

It’s hard to overstate how much of an influence your younger brother, Joshua [who suffers from Tuberous sclerosis complex and autism], has had on your life. I know he’s a huge fan of WWE, but what did he think about seeing you on screen with Pedro Pascal and Baby Yoda?

Him getting to watch Star Wars—he was looking at me from the couch and then looking at the TV and just kind of in disbelief. He was like, “That’s you? Whoa.” He became the biggest fan of The Mandalorian. Just to see his eyes spark up the same way he does when he watches wrestling, it was the most amazing feeling ever.

You just have to look at the times. That we can have two African-American women potentially main-event is huge, not just for the world of wrestling but for the world all over. For young women and people of every single color to know that nobody can hold them back from their destination and their purpose in life. To make things happen and grow. Because one day we’re not going to [have to say] “first time ever” for anything. It’s just beautiful people, these beautiful human beings, living life and getting to fulfil their dreams like everybody else. Sometimes in this world, people make you hate yourself. People make you question yourself. People feel like they don’t deserve the world when they need to translate that and know that you deserve everything.

When you were growing up as a huge fan of professional wrestling, there probably weren’t many moments for you to see someone who looks like you on this sort of platform. I have to imagine that it makes this present moment feel even more powerful?

It is, but I’m so thankful that I had the people I looked up to, like Jacqueline, Jazz, Eddie Guerrero. There was always a little representation here and there of different people of color, and people of different stories and backgrounds, showing me that they can make their dreams happen. 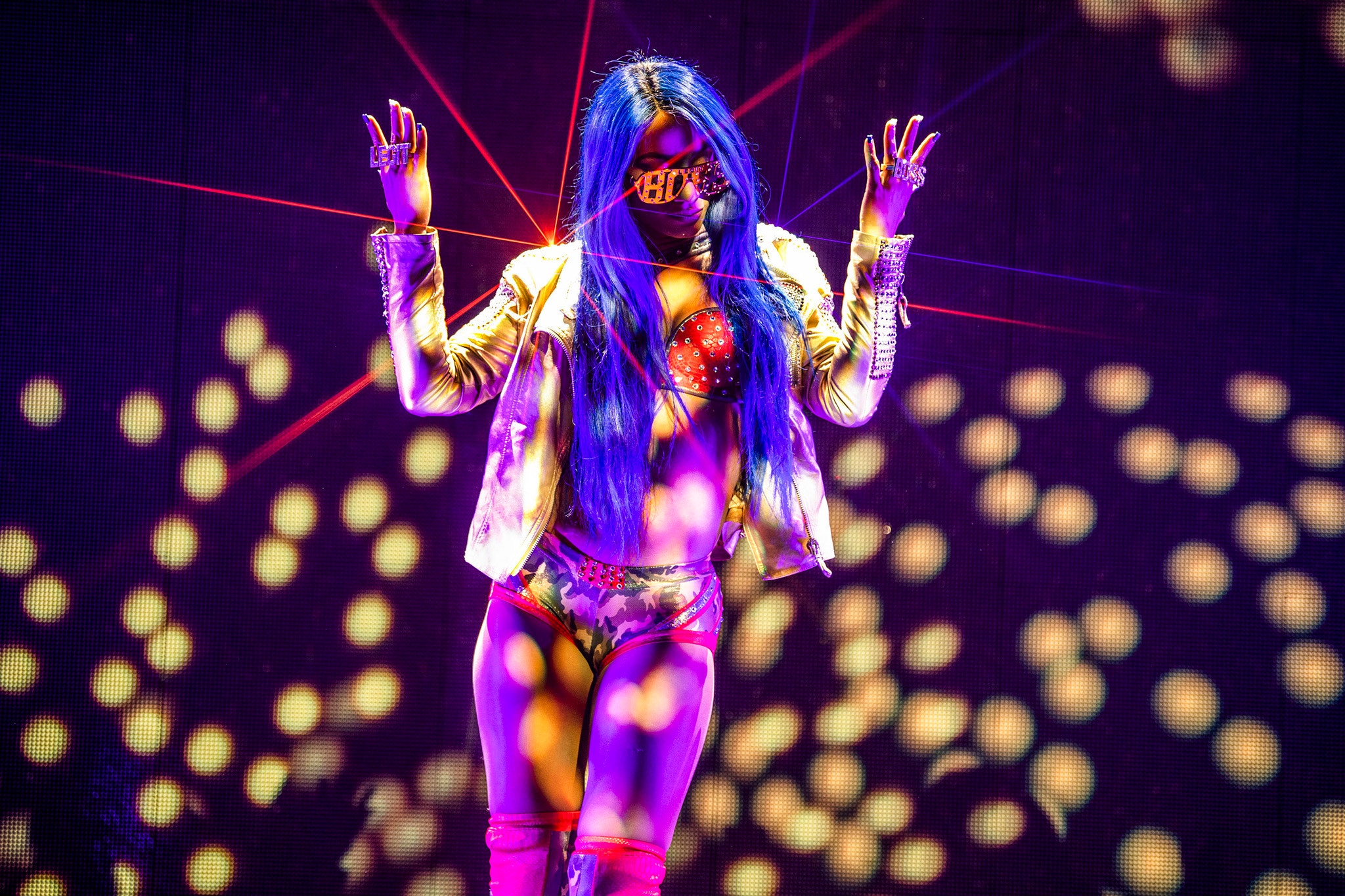