Johnny Nelson came to jewelry back when he was a punk rapper known as Johnny Matchsticks, a nickname he earned by stabbing a match into his pierced earlobe before shows. When he wanted to upgrade to a matchstick earring made out of gold, he couldn’t find one—so he decided to figure out how to make his own.

After finding a mentor in New York City’s diamond district and learning how to carve molds and cast precious metals, Nelson introduced designs both punk and political to his nascent line: razor blade rings, All Power Fist studs, and civil-rights-hero-portrait pendants, pieces informed by his experience in the underground music scene and as a victim of police brutality. “I knew that I wanted to use my platform to spread awareness of the injustices we face, but I wanted to do it through the powerful statement of something like a four-finger ring,” he says.

When the Black Lives Matter protests erupted last spring, orders for Nelson’s work went through the roof, so he spent his days biking between his studio in Brooklyn, protests, and the diamond district, all the while producing pieces that were later worn by the likes of Colin Kaepernick. “I realized that people need this,” he says. “People going to fight on the front lines want their Malcolm X ring to give them that extra push.” It was an extremely emotionally taxing period for Nelson, but it also galvanized a renewed sense of purpose: “The work that I do is inspiring others to fight their fight. To fight our fight.”

When you first pick up a Prounis pinkie ring or bangle, you might think you’re handling a pristine ancient treasure. The high-karat gold designer Jean Prounis uses has a deep and ethereal luster, meant to evoke the tone of jewelry found in the Metropolitan Museum of Art’s Greco-Roman galleries. The forms, too, appear smoothed by generations of touch, and the stones look downright elemental—Jean prefers rougher rocks that are more about personality than perfection.

Jean’s curatorial approach is informed by her family’s Greek heritage and her grandfather’s extensive library on ancient Greek art, architecture, and antiquities. “When I was younger, he would show me his books,” she says. “Whether I was listening or not, I’m not sure, but it definitely came pouring out when I started making jewelry.” A delicate woven chain, for instance, is secured with a clasp that echoes the design of a Mycenaean-era safety pin, and a gold granulated pyramid stud takes its inspiration from second-century Roman earrings unearthed on Cyprus. 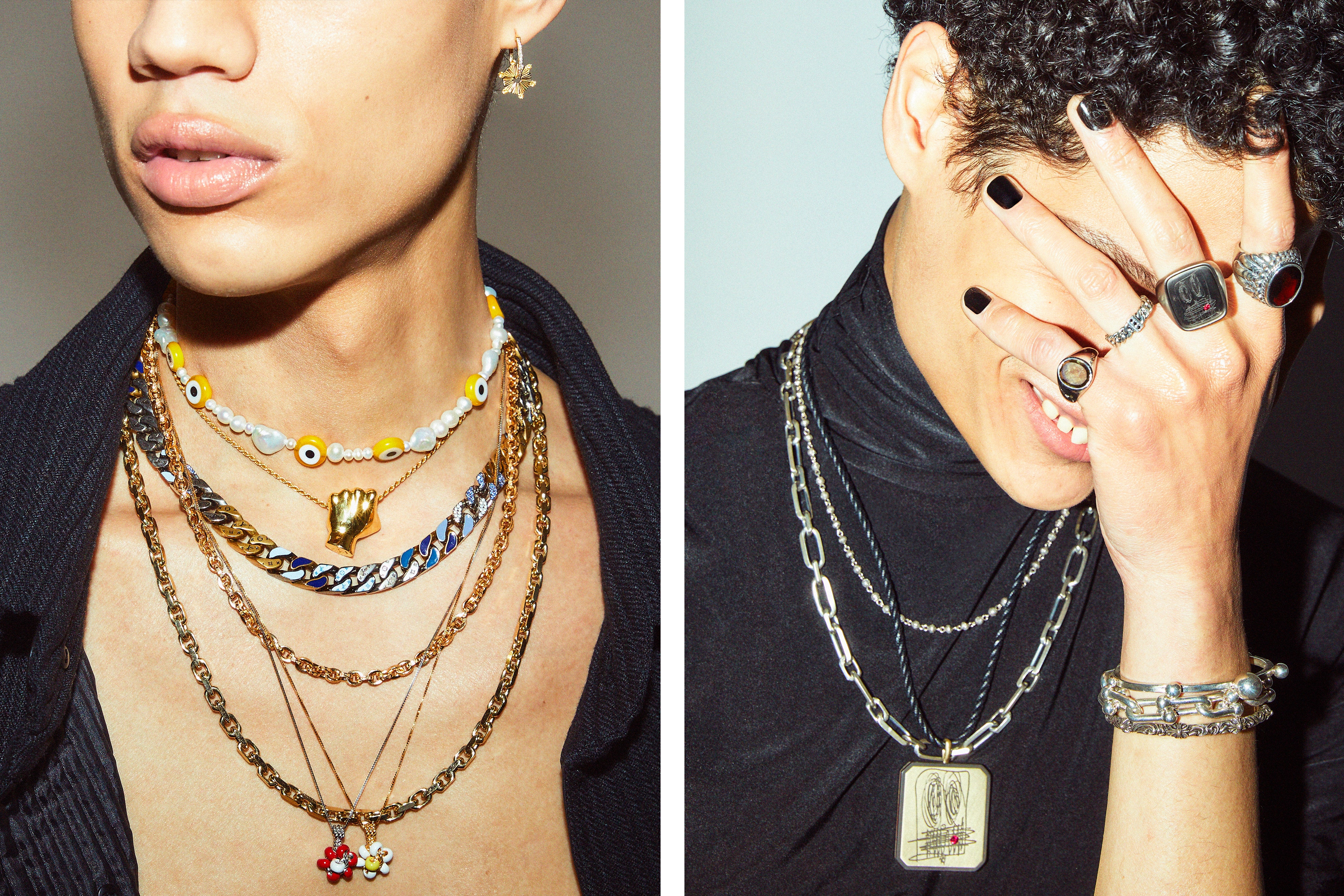