When Pies ‘n’ Thighs first opened in South Williamsburg in 2006, it was the prototype of an irreverent Brooklyn restaurant selling top-notch food with a generous side of good time vibes. Over the years, the restaurant’s critically-acclaimed crispy fried chicken, butter-studded biscuits and donuts as big as your face remained a reassuring constant in an ever-changing neighborhood. But since the onset of the pandemic last spring, co-owners Sarah Sanneh and Carolyn Bane, like every other restaurant owner, have been creatively working to keep Pies ‘n’ Thighs alive. “When the city shut down, we had no idea what the next couple of months were going to hold. We were trying to figure out what our path was,” recalled Sanneh.

That path turned out to be a mixed model of takeout and mutual aid—cash donations from customers and corporate or government grants that subsidized meals for frontline workers and at-risk communities in the neighborhood. The money covered the restaurant’s food and operating costs, which kept the kitchen staff employed and cooking, and it sent nourishing meals to those who needed them. Sanneh and Bane started the effort by adding an option for customers to donate a meal on their website; they made the first customer-funded delivery to Woodhull Hospital in Williamsburg on March 26th, just days after the shutdown.

A year later, Sanneh and Bane are celebrating 15 years in business—a considerable milestone for any New York City restaurant, in pandemic times or not. To mark the occasion, every Sunday for the month of April, they are handing out free donuts from a repurposed hotdog cart set up outside the restaurant, not unlike that other donut giveaway. While not exactly pandemic-related, the promotion is very much a celebration of making it this far, which includes surviving a year unlike any other.

Looking back, the “buy a bucket” program, as Sanneh and Bane called the subsidized meal donations, was a huge success, enabling weekly drops of hundreds of meals to the hospital. “This isn’t charity theater, it really felt like it was a partnership,” Sanneh said. One connection led to the next and soon Sanneh and Bane were managing a stacked calendar of hospital meal deliveries, catered lunches for friends and family working on the front lines, and grocery drops for organizations like HeartShare St. Vincent’s and Los Sures—a community center just around the corner from Pies ‘n’ Thighs. “That was so cool, because we never knew them. We’ve been neighbors for 15 years, and had never really had any contact,” Sanneh said.

In addition to its signature Southern comfort food, the kitchen was cranking out off-menu rotisserie birds, roasted broccoli, and loaves of freshly baked bread. In total, Pies ‘n’ Thighs donated over 14,000 meals and raised roughly $125,000 from customers and state grants to get it done. 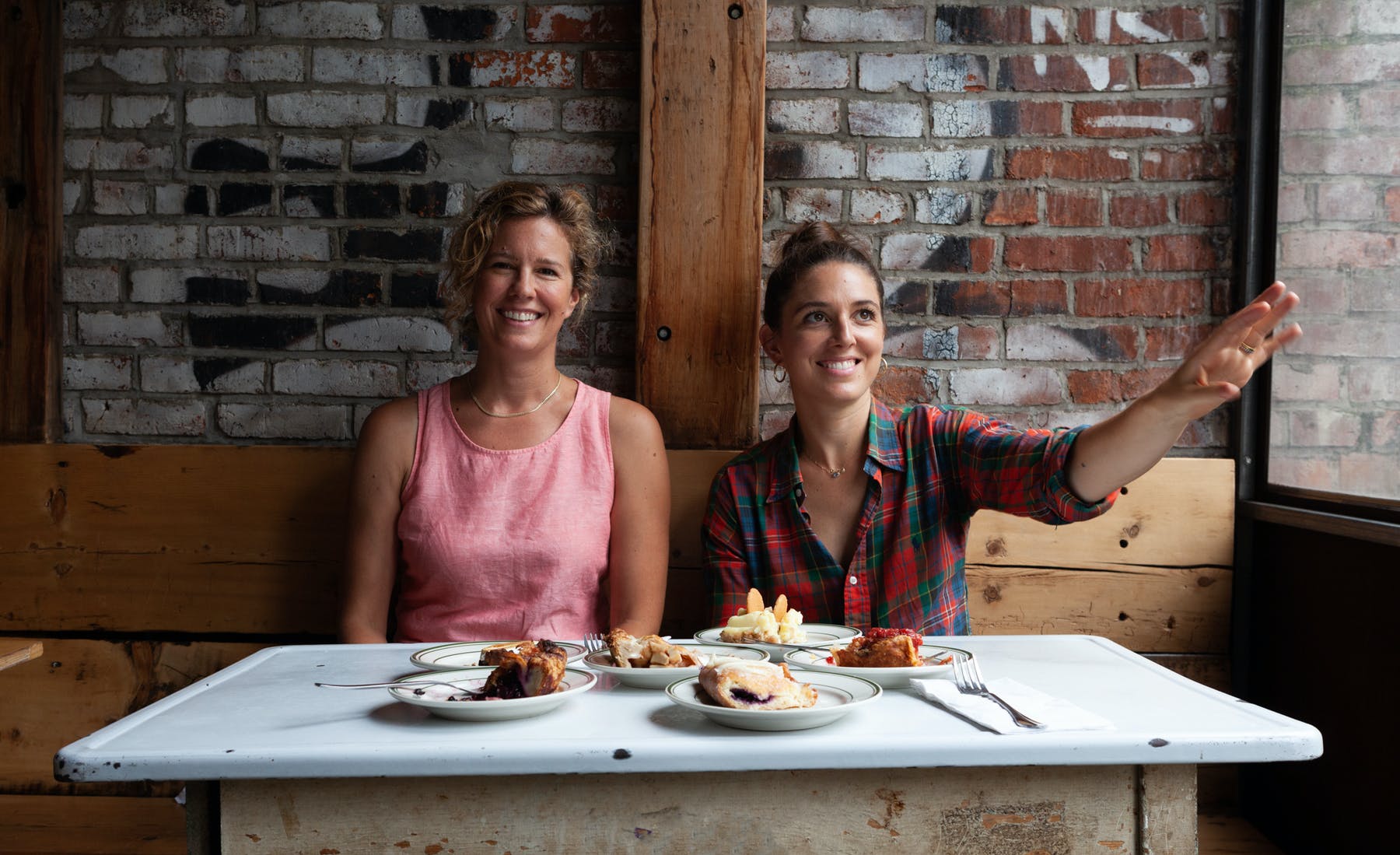