When he’s not been busy designing elaborate, couture-worthy menswear at Dior, Kim Jones has been on something of a hot streak of hit sneakers. Following the massive success of his inauguration-winning Air Dior Jordans, the designer teed up a slew of hits with Nike—including, in conjunction with Nike’s Air Max day, a duo of Air Max 95s.

Now Jones is moving on to another basketball classic—the Converse Chuck Taylor.

Alongside the Air Max 95, Chucks were a part of Jones’s regular rotation growing up, through countless trends and phases. And like a true sneakerhead, he doesn’t want it to change too much. “I don’t want to go and ruin a design classic,” he says. “I’d just like to add on to it.”

His rendition on the Chuck 70 takes great care to keep what works. The silhouette is unchanged. There are no unexpected colorways—just black and white. The fabric is the usual hardy cotton canvas. The Chuck Taylor DNA has remained intact. That’s all in keeping with the way he thinks of himself: as an “evolutionary designer, not a revolutionary designer.” But what Jones has changed isn’t so subtle. The usual straight-edged rubber sidewall has been sculpted into biomorphic lines that ungulate across the side of the shoe and grow upward on the heel, giving it the illusion of platform shoe. The lacing system is also integrated into a translucent TPU panel, grafted on top of the shoe, like a protective case.

“You’re looking at a very classic shoe compared to a very futuristic shoe, and then bringing the future into the classic and then making the future shoe more tech-y,” he says. It’s an apt description, if one that obscures what’s actually going on here: if the Chuck Taylor is the iPhone of sneakers, Jones hasn’t redesigned the sneaker so much as installed a designer phone case. It’s a push-pull that preserves a design classic while simultaneously ensuring its relevance for forthcoming generations.

He cited a desire that’s a bit uncommon in the sneaker universe: to avoid making something that’s trendy and instead wanting to make something timeless. The whole point of something like the Chuck Taylor, he explains, is its longevity.

“They’ve existed for decades. So they work. When you’re working with something that’s existed for that long, you know it works.”

Converse, shortly before the pandemic, held a PR event with a physical timeline highlighting the Chuck Taylor’s evolution throughout its century-long run. It felt like watching a time-lapse of daily self-portraits taken over the course of an entire lifetime. The shoe had slowly changed, but the final frame was essentially the same as the first. This release won’t redirect the Chuck Taylor’s course. But it doesn’t aim to, either.

The Converse x Kim Jones collection will release on April 8 at Converse.com and select retailers. 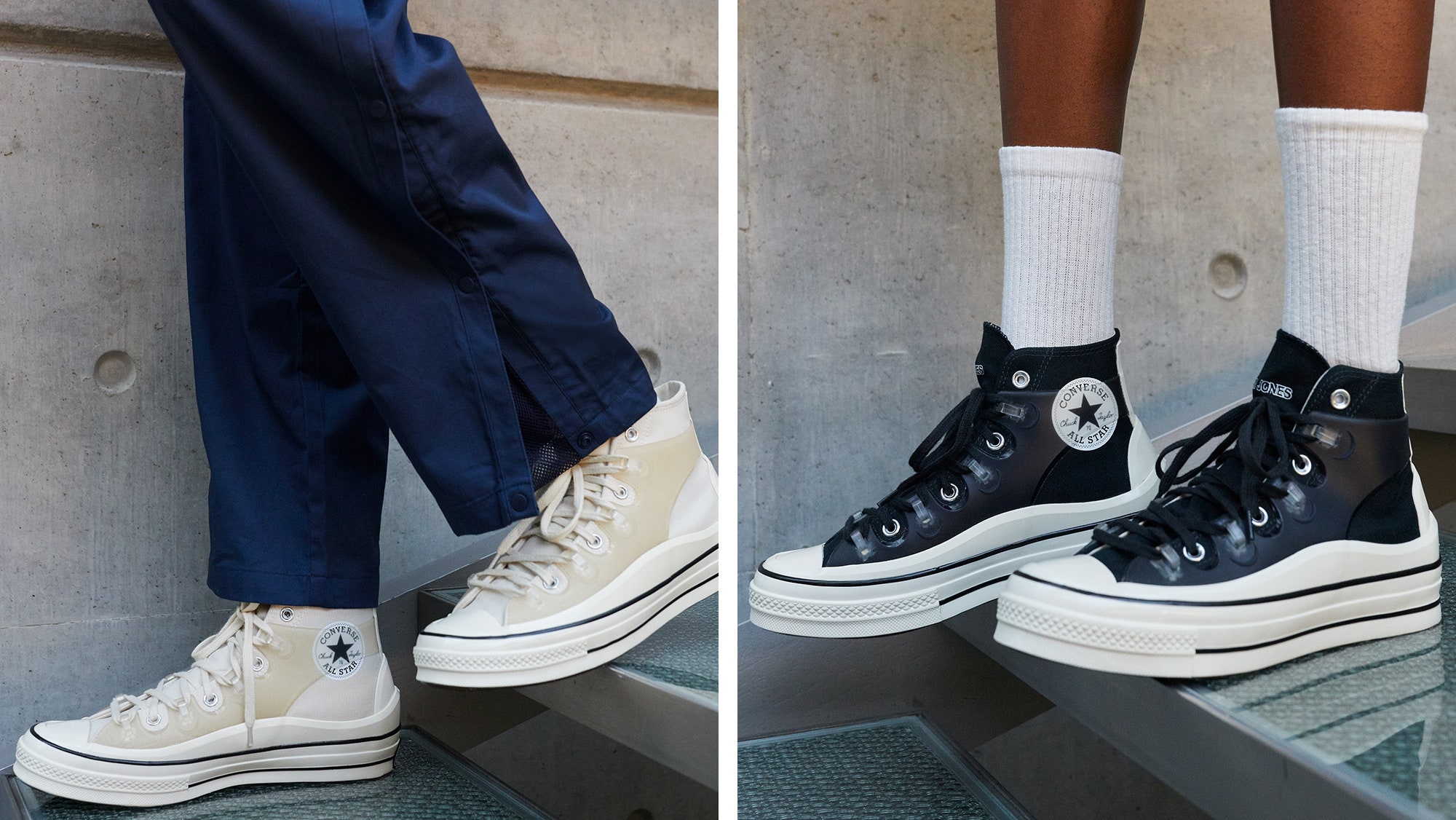