How could Frasier possibly pull off that design, let alone his mortgage, on a local radio personality’s salary? Sure, the ‘90s were an economic boom time—but not even that can make up for his out-of-control sherry and opera habit.

There was only one way to find out: a demented one-woman investigation about a fictional apartment on a TV show that went off the air over 15 years ago.

First things first, I needed to find out how much Frasier paid for an apartment in a luxury highrise with a primo view of the Space Needle. (He owns the place, as evidenced by his recurring condo board drama.)

A few years back, Curbed published an article trying to determine how much Frasier’s apartment would be worth in 2018. Most of the realtors they talked to put it in the $3 million range.

But I wanted to know how much he would’ve plunked down for it in 1993. So I reached out to several Seattle-based realtors and, surprisingly, many of them did not email me back when I asked them to price out a fake nineties apartment. But Scott Wasner, the executive vice president of Christie’s International Real Estate Seattle and self-described “condo expert” of downtown Seattle, did. He gave me an estimate of $1 million for 1993 and $5 million for present day. So $1 million was going to be my starting point.

How much did Frasier earn?

Before Frasier was a radio host in Seattle, he worked as a psychiatrist in Boston. At the time the show started, Frasier was 40 years old. So let’s assume he started working as a psychiatrist full time at the age of 30 and in the year 1983. (After he graduated college, he would have had to complete medical school and then a residency, both of which take about four years each.) Then, he started his gig as a radio announcer in 1993.

Because I could not simply FOIA “Frasier salary,” I attempted to find the numbers I was looking for through the Bureau of Labor Statistics. I called them up and a kindly employee helped me access their historical data. However, they only had public records on their website that went back to 1997. Biden’s America!

I knew I had to bring in the big guns: our research librarian Deirdre McCabe Nolan. She stepped in and sent over older statistics from the Occupational Outlook Handbook. Deirdre also informed me that the database she pulled the information from was called FRASER. It was at this point that I started to get that crazy look in my eyes that Mark Ruffalo gets in movies where he’s rummaging through files and investigating something nefarious.

From the available numbers, I learned that in 1989, the average salary for a psychiatrist was $117,700. Though Frasier likely would have made less starting out and more by the end of his tenure, for the sake of simplifying things, let’s say he worked that job at that salary from 1983 through 1993. If he saved the recommended 20% of his income during this period, he would have $235,400 stashed away at the end of that 10-year period—of course, this is before taxes.

Could he afford his place?

Let’s say he put down $200,000 upfront. The mortgage would’ve been untenable on his new salary. Plus, he likely would’ve been paying for child support to Lilith, some of Daphne’s home health care worker fee, daily cappuccinos at Café Nervosa, spur-of-the-moment trips to Bora Bora that he inevitably ruined, and so on. Then there was that period he was laid off for most of season six. So, no. 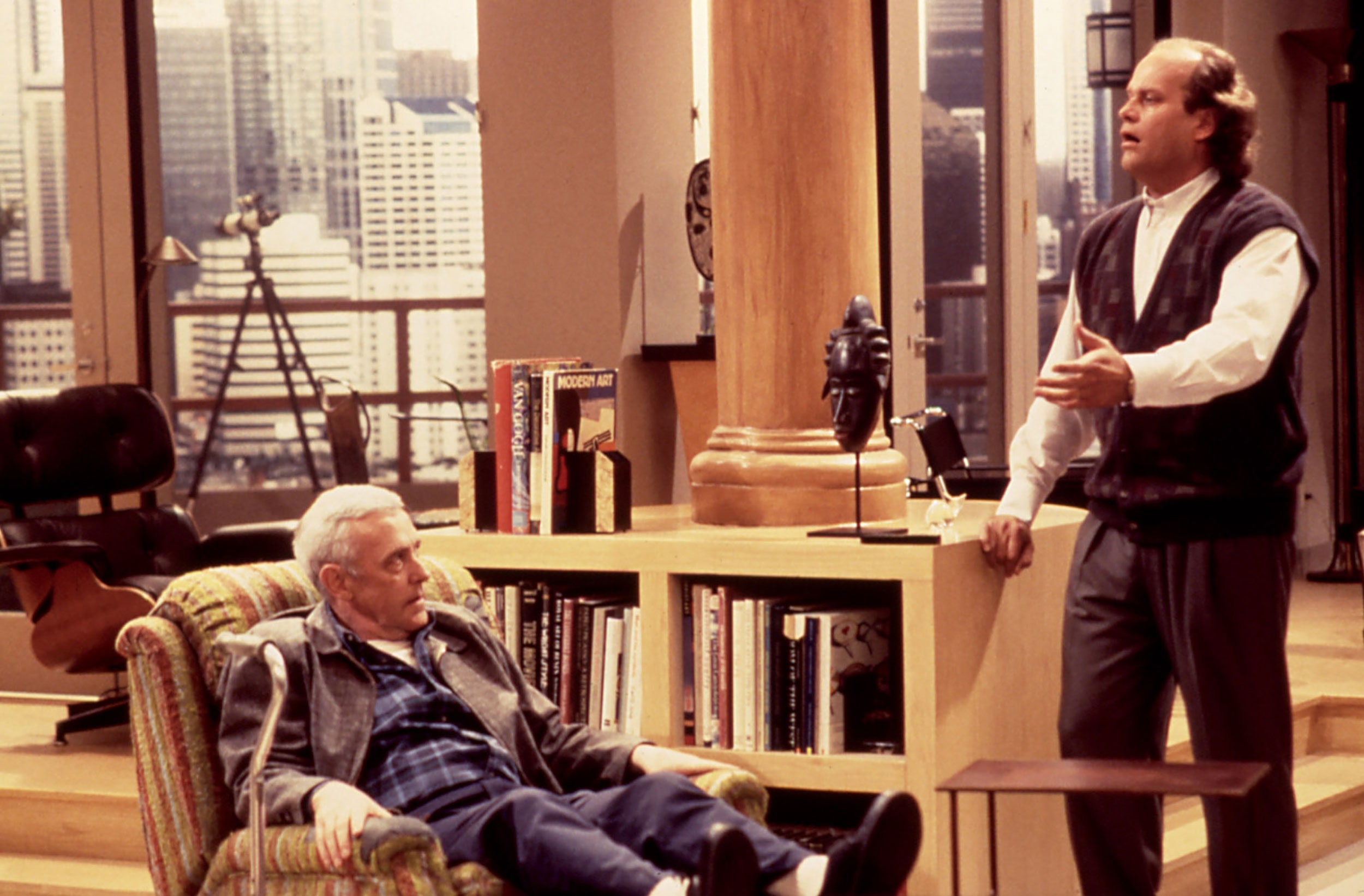