We thought Todd Snyder’s spring sale couldn’t possibly get any better—with the savings already ratcheted up to 70% off—but a clutch of the everyman menswear master’s collaborative Timex watches are now up for grabs at serious markdowns. For years now, the ongoing Snyder-Timex partnership has produced some of the most drool-worthy affordable timepieces on the planet: rugged field watches and elegant chronographs and beyond, all imbued with the kind of vintage-inspired touches that make serious collectors swoon. Right now you can nab a handful of watches for up to 42 percent off. Our advice? Hurry. These deals ain’t gonna last too long.

Turn back the clock to the era of velvet pants and Beatle boots.

This classy midcentury-style timepiece will go handsomely with your Eames lounge chair.

A portion of sales from this reworked ’70s-era ticker—with a rotating color wheel that changes hues as the time ticks on—goes to the Sylvia Rivera Law Project and Rainbow Railroad Foundation.

Reminiscent of a dartboard, this mod-inspired timepiece hits the bullseye.

A diver so handsome it should come with its own yacht club membership. 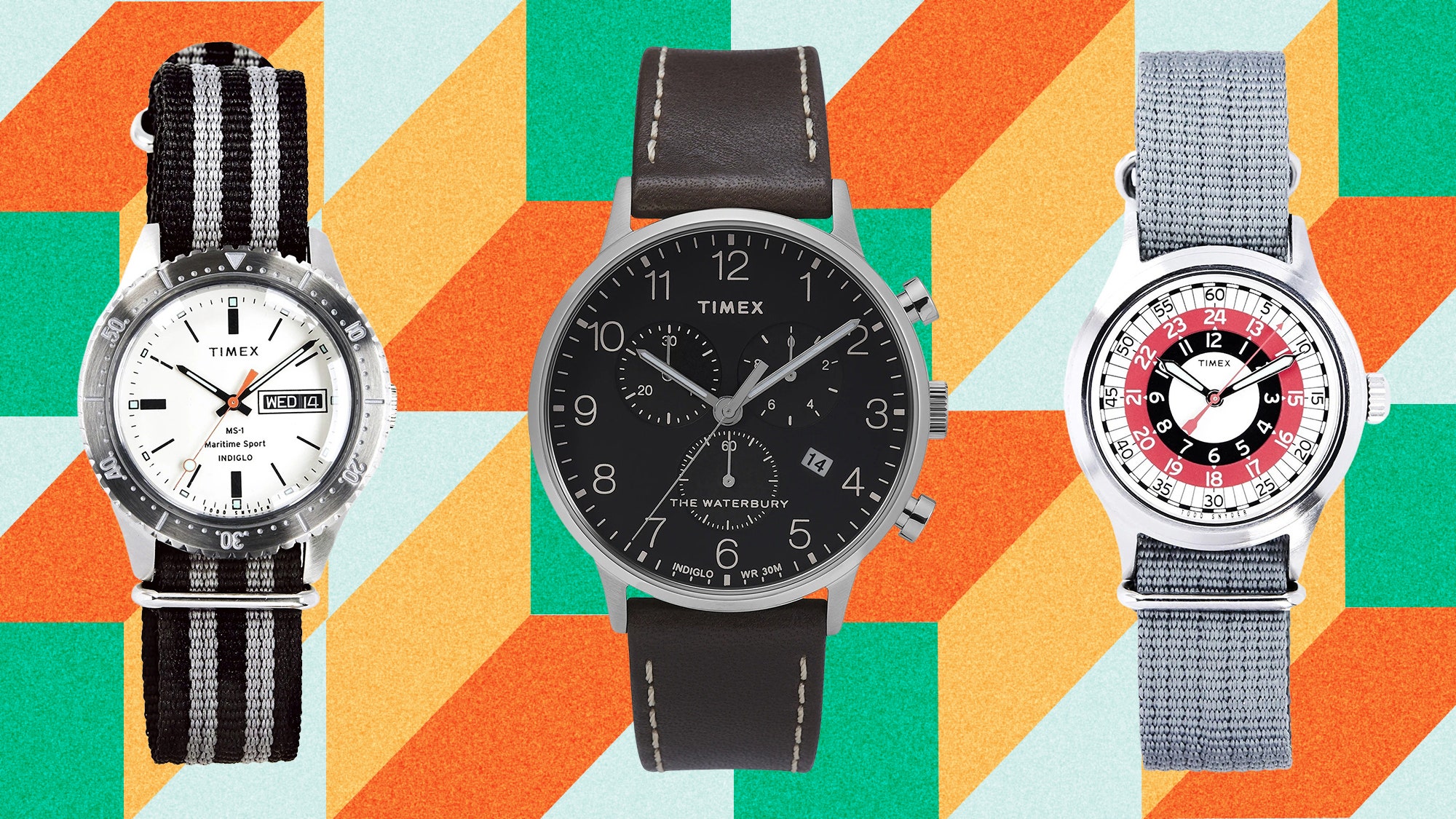