As a preventative measure and helpful diagnostic, Williamson makes sure his older clients all get bloodwork taken before starting any sessions with him. When preparing Josh Brolin to gain and abruptly lose weight for 2013’s Oldboy, he used a blood panel to determine the actor’s food sensitivities and removed inflammation-causing elements from his diet, making the rapid weight fluctuations much easier to control. “When you’re young and you’ve got your hormones running optimally, then training is pretty seamless—you just eat right, train hard, get sleep, drink enough water and you’re good,” Williamson says. “But when you’re getting into that older age, you might have to get some bloodwork done to see if your thyroid is good, or your testosterone and growth hormones are in check.”

Sometimes, trainers must adapt on the fly. Vanselow, who has worked around Neeson’s injuries throughout their two decades of stunt doubling partnership, has put his multi-hyphenate role to good use. Working closely with stunt coordinators and the director, he often adjusts fight choreography as necessary to solve issues in real time. “If you have a bad shoulder, we’ll put a move in that doesn’t torque that particular injury,” he says. Occasionally, those adjustments sell Neeson’s acting work, too. “As he’s taking roles that are consistent with his age, we’re constantly changing [fights] to make it consistent with the character,” Vanselow adds. “In the middle of the fight, he has to take a breath or he’s more tired, which resonates with the audience.”

Ultimately, the most important thing for aging actors is time. Longer training periods build endurance, which allows filmmakers to shoot the same action scenes repetitively throughout the length of the day. Extra prep also gives actors new to fight scenes, like Odenkirk, more chances to refine their gunplay and combat sequencing. For Nobody’s signature bus fight scene, Odenkirk’s preparation—which included months working with Bernhardt to memorize every choreographed punch and reaction—allowed Naishuller to film a variety of angles using only a handful of takes. “Basically, every time in an action scene where we cut to the next shot, we cut because we want to cut, not because we have to,” the director says. “And that’s a wonderful approach if you’re afforded that luxury.”

Vanselow credits the stunt geniuses at 87eleven (and its production arm, now called 87North, responsible for Atomic Blonde and the John Wick franchise) for laying the groundwork, convincing studios of the importance in letting productions spend longer with actors—even seasoned stars like Reeves and Neeson—who aren’t as spry as they used to be. On Taken, for example, Vanselow remembers being afforded time to train and rehearse in both Los Angeles and Paris, a commitment that has continued as Neeson keeps extending his kinetic career. “[Studios] see the value,” Vanselow says. “I want to see the actor playing the role, as opposed to their stunt double. That’s how I’ve made my living, but I’d rather see Liam doing the action than the back of my head.”

Odenkirk, meanwhile, hasn’t stopped training in quarantine. All of his preparation has re-informed his routines and supplied a healthier lifestyle—the hidden benefit to getting lean in middle age. “From the first day until today, he’s the same,” Bernhardt says. “Now I’m thinking I want to keep [him] in shape because I know there will be other movies like this.” 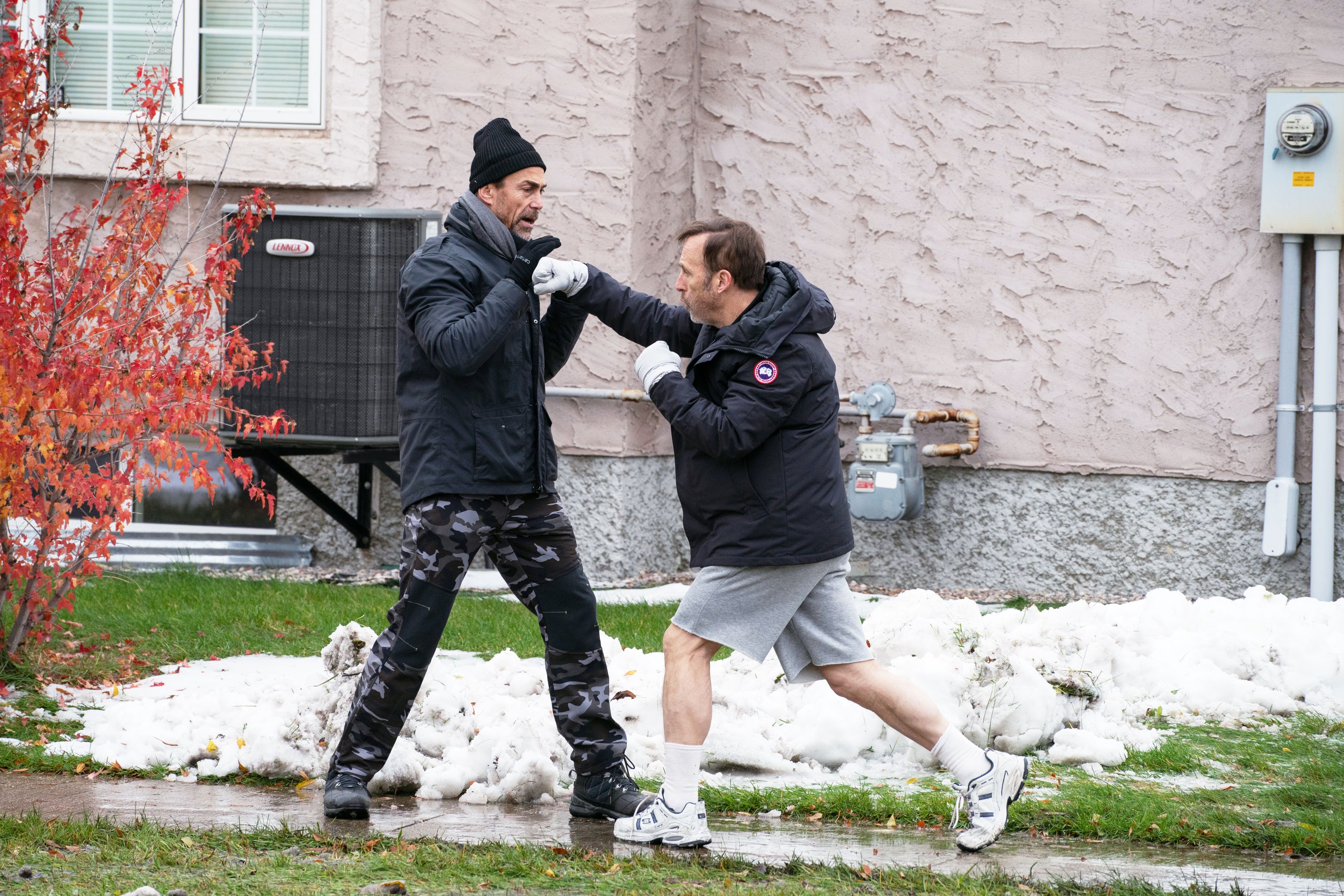