It’s been an unusually hectic few months for Paul Sparrow, NASCAR’s managing director of consumer products. Ever since Michael Jordan entered the sport as the co-owner of 23XI Racing, Sparrow’s phone has been ringing off the hook with people clamoring for one thing: merch.

In December, 23XI finally gave the fans what they wanted, announcing on Twitter that it had released its first batch of shirts and hoodies. Less than five minutes later, inventory had sold out.

“The future for them is just stunningly bright,” says Sparrow, who notes that the successful merch drop was a clear indication of 23XI’s potential not only as a racing team but as a larger brand.

Jordan’s new initiative is creating something like a perfect storm for NASCAR merch: the guy responsible for the most popular sneaker line of all time is getting into a new business. The team added to its appeal by signing up Bubba Wallace, one of the sport’s brightest stars and currently NASCAR’s only Black driver. Wallace’s social activism and support of Black Lives Matter last year made national headlines, earning him a whole new set of fans beyond the usual NASCAR crowd.

Bubba Wallace rocking a mask that should be familiar to Air Jordan fans.

According to Sparrow, the combination of Jordan and Wallace has led to a surge of interest in NASCAR, attracting new fans and demographics — fans who, perhaps unlike traditional NASCAR enthusiasts, “lead with fashion.” As a result, Sparrow says 23XI undoubtedly will be taking a fashion-forward approach in the months ahead.

Car culture and style, after all, have gone hand in hand for decades, dating back to Steve McQueen in the late ’60s. But in modern times, motorsports fashion has turned into a relatively niche market dominated by PUMA, which officially partnered with Formula One teams in the early 2000s to produce a full line of streetwear for prominent brands like Ferrari and Mercedes, including the Speedcat sneaker collection. While certainly popular with racing enthusiasts, PUMA’s gear is likely foreign territory for most Jordan fans.

“None of the big sports brands were in motorsports, and we always tried to do things differently,” says Anja Egger, PUMA’s head of business unit marketing motorsport. “Nowadays there is a much bigger blend between the track — the design language of motorsports — fusing with streetwear, with the cutlines being more fashionable, graphics more engaging, and speaking to a younger audience.” 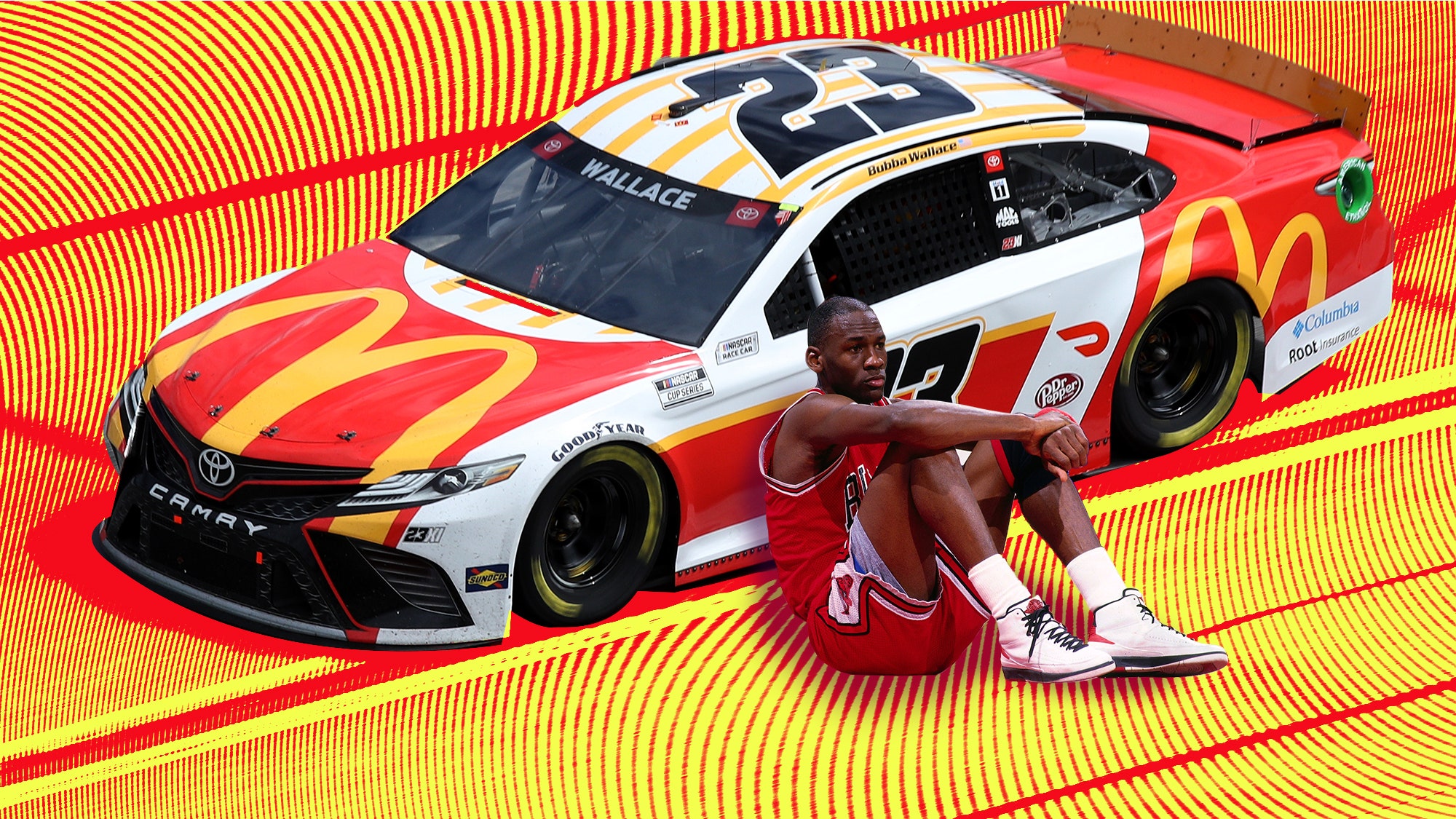