Last Friday, Jun Takahashi’s Undercover show splashed out of fashion’s corner of the internet into anime Twitter and the Pitchfork homepage. The collection features a collaboration with the team behind cult series Neon Genesis Evangelion. The womenswear was soundtracked by an original remix of Radiohead’s “Creep” by none other than Thom Yorke himself. The Japanese designer has always woven pop culture into his work, but this collection reached new heights of creepiness and cool. Takahashi calls the collection, aptly, “Creep Very.”

If you don’t know, Neon Genesis Evangelion is an iconic anime from 1995. As GQ has reported in the past, it will fuck you up. The franchise continues to be a hit in Japan, where the latest movie—Evangelion: 3.0+1.0 Thrice Upon a Time—topped the box office upon release earlier this month. The show is way too preposterous to summarize, but: Earth is regularly attacked by giant aliens/cosmic beings called “Angels,” so humanity turns to giant monstrous bio-machines (“Evangelions”), piloted by children, to defend itself. Fans praise the show’s incorporation of various religious and philosophical themes. (Creator Hideaki Anno was going through some well-documented mental health issues and bingeing Kierkegaard as he made it.)

The Evangelion notes in this collaboration are explicit. A series of puffers come in colorways matching the central robots of the series. Several models wore hardcore headgear modeled after the heads of the show’s robot monsters, complete with neon lighting. Takahashi told Vogue’s Steff Yotka that the show’s theme is “of a person who is frail and weak but has a truly pure heart,” which is basically a description of Evangelion’s protagonist Shinji, a young man who really doesn’t want to get in his giant robot. Like the show, the clothes are a little spooky, a little somber, and kind of sick (in every sense of the word).

The clothes test the boundaries between fashion and cosplay in an interesting way. While a few garments just slap characters and branding from the show on the front, others are nearly costumes. It’s almost like a dare to fans: Sure, you love the show enough to rep the t-shirt, but WILL YOU WEAR A ROBOT HEAD AS A HAT?

A parka emblazoned with an Evangelion—and a horned hat to match.

If jackets and hats inspired by mecha aren’t enough for you, stay tuned for the back half of the show, soundtracked by Thom Yorke. Yorke is a documented fan of Undercover (he’s collaborated with them before). Only for Takahashi would he remix “Creep,” a song he’s on record as hating. A little bit of that hatred seems to seep into this version, which drags across a phantasmagoric 10 minutes. It’s “Creep”—but creepy, very.

Depression robots and Radiohead remixes make for a newsworthy show, but these Evangelion-clothes are intense. For those who want to announce themselves to the world as an otaku who loves fashion, though, they might be just right. 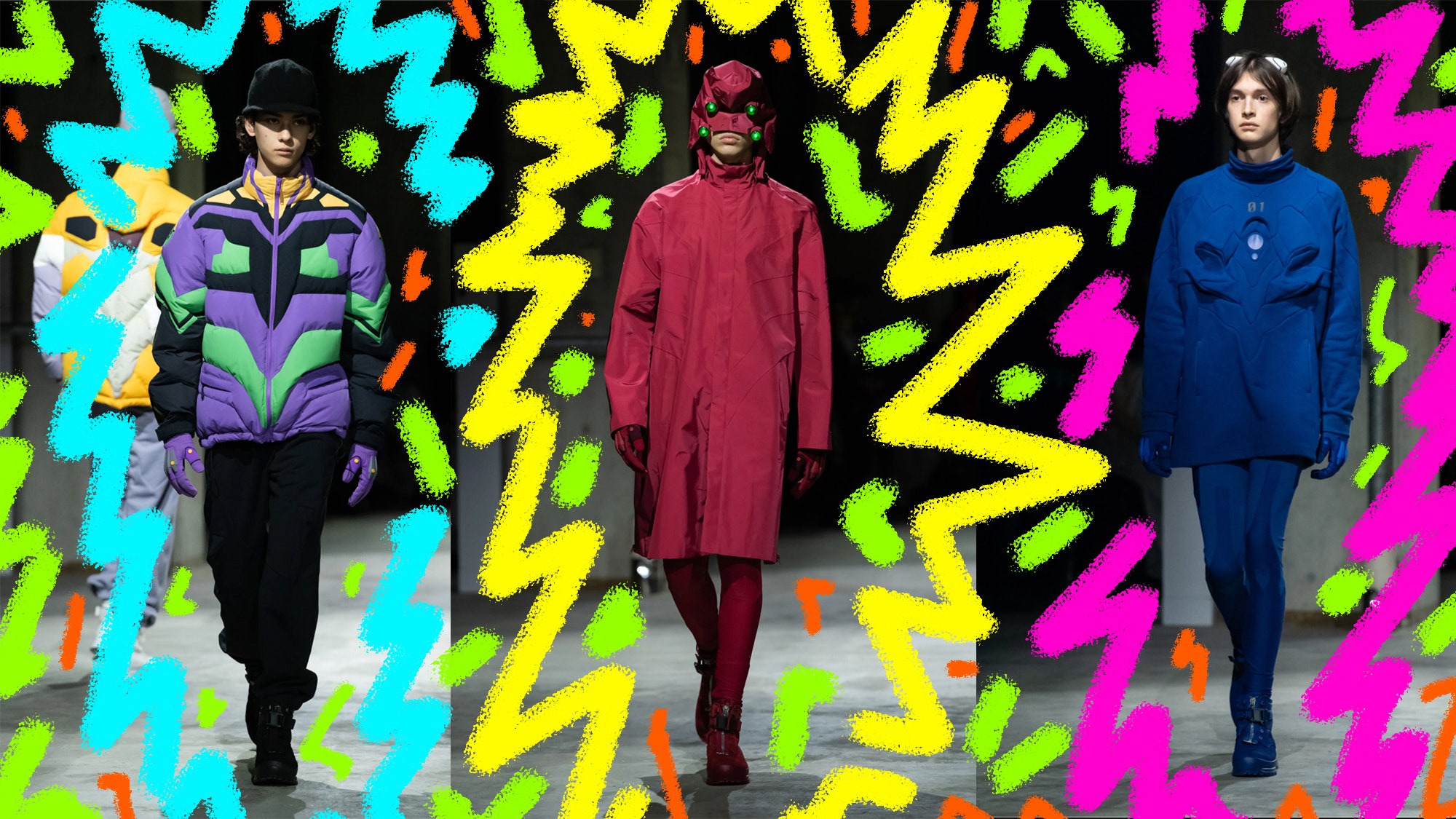