Last weekend was basically a Watches of the Week holiday because John Mayer, our patron saint of heavenly horology, stepped onto the Grammys stage with great hair and an even better watch. The watch in question is a Patek Philippe 5270G, which is made out of platinum, has a perpetual calendar and chronograph, and sells for upwards of $130,000 at auction. Mayer and Patek perpetual calendars have a long history together. In his very first “Talking Watches” video with Hodinkee, back in 2013, Mayer said a previous version of this watch with a white dial was “as good as it may ever get.” Mayer clearly hasn’t wavered from that belief. He’s collected a couple more of these watches over the years, including one set with baguette diamonds. The 5270G Mayer wore to the Grammy’s is the successor of those iconic watches and part of Patek’s historic lineage of perpetual calendar watches. Also this week, Luke Doncic discovered a new watch brand and Mayer wasn’t the only one wearing a very fine Patek at the Grammy’s.

Mayer’s comes on a metal bracelet

Mayer is beloved among watch collectors because he fully embraces the nerdery of it all—an approach on display in his love for this piece. “I love the American Courier-typewriter font on a perpetual [calendar watch],” he said in his second “Talking Watches” video. “It is ‘80s banker Wolf of Wall Street nonsense, and I really love it.” Of course, the 5270 is beloved for much more than its font. Like its predecessor, this watch is larger than the previous era of Patek’s mega-popular perpetual calendar watches. Sizing up made the watch easier to read, and made the addition of a tachymeter—the ring of numbers along the outside rim used to measure speed—possible. This racecar-driver tool makes the watch look a lot sportier, too. Mayer even calls it Patek’s version of Rolex’s Daytona.

Well, the name of this watch sure is a mouthful. Let’s break it down. Porto Cervo Marina is an Italian resort town on the northern tip of the island Sardinia. One of the very first lines in Porto Cervo’s Wikipedia page describes it as “a luxury yacht magnet and billionaires’ playground.” In 2012, to celebrate the resort’s 50th anniversary, Hublot helped throw a party. Elton John performed for the fat cats and Hublot released two limited-edition watches, including the one worn here by Carmelo Anthony.

In a single night earlier this year, Lil Baby came into two high-priced Richard Mille watches. Neither made the cut for the Grammys red carpet, as the rapper swerved from his wild luxury sports watches to this pristine Patek Philippe. This watch launched in 2006 with a design ported over from a late 1930s Patek Calatrava. 15 years later, and more than eight decades since the original design, it still looks just as good.

Luka Dončić, who has worn a gold Audemars Piguet Royal Oak for most of his still-young career, has apparently discovered a new watch brand he’s very excited about. This week, he wore Hublot’s Big Bang with a gold case and a black ceramic dial. And while I missed it the first time around, a closer inspection of Dončić’s All-Star weekend fit shows a flash of orange peeking out from under his sleeve. Only Hublot has the moxie to make a watch like that. Clearly someone had a good time at his local authorized dealer.

Thomas is a slightly surprising clotheshorse, assuming you count an obscene amount of polos, khakis, and vintage jerseys qualifications for that title. He has two walk-in closets filled with his gear, including a sizable collection of watches. Among those pieces is this white gold Daytona, the foil to Mayer’s Patek 5790. Watches of the Week: one big circle! 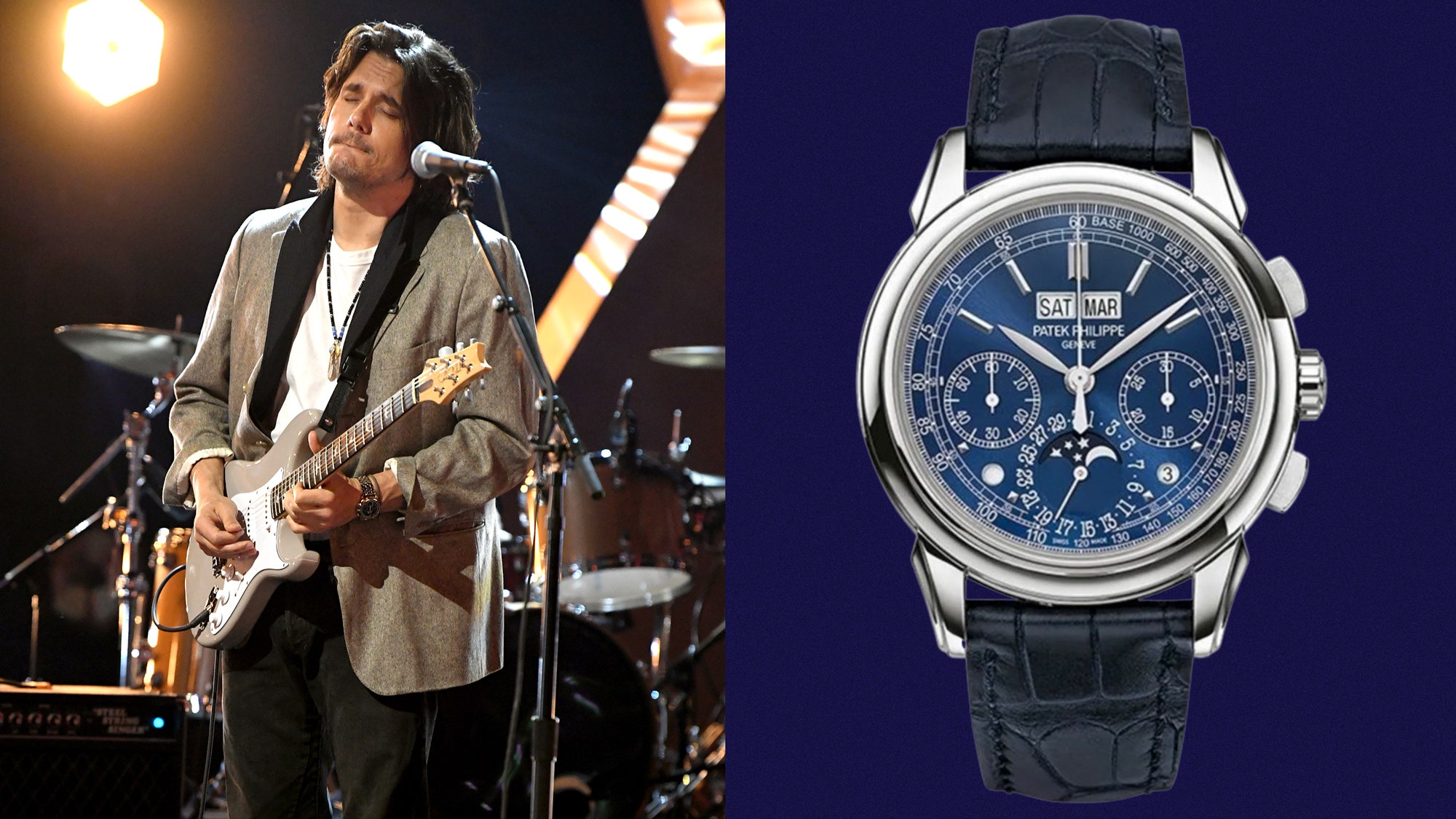