The final scene would be Lois taking her son down into the Batcave and that kind of deal. So yeah, that was the epic plan. All those little Easter eggs about the future were all meant to point toward that eventual, giant battle. Then it would have been a reboot after that. You can just go back to the beginning again, where you could do a small movie with the new Batman or something.

Uh, wow. As you were envisioning this, when you mentioned significant parts for characters we hadn’t met yet like The Riddler, did you dream-cast those in your mind?

I thought [most of that arc] was going to be in Ben’s movie [Affleck planned to write, direct and star in a solo Batman film before walking away from the role] so I didn’t want to [overstep]. I had already cast Joe [Manganiello as the villain Deathstroke, who has a cameo in Justice League and would’ve appeared in Affleck’s Batman]. So I hadn’t really gone that far.

You mentioned Ben’s movie and it raises the point that when we’re talking about your plans overseeing this universe, it encompassed more than just your vision for the Justice League. There are whole side-stories interconnected that you were shepherding. The end of Justice League sets up Deathstroke for a Batman movie that never came.

It does indeed, and we also wanted Ryan Choi. I had this plan to make a movie in China with a Chinese star. The Atom was going to be there. So I don’t know. So these are some of the things we’re talking about.

Another thing about that Deathstroke-Lex Luthor scene—you’ve gone all in on the mystical, cosmic side of DC, which you basically had to in order to give all these disparate heroes a reason to unite. But seeing Lex and another villain plotting together also made me think of seeing the Legion of Doom on the big screen, too.

No, for sure that would have existed. [Lex] would have had to do a little bit of that, yea. My plan was for him to be really the mastermind of the whole turn of events. You would have seen him running things [in Darkseid’s world] from the Earth standpoint.

One thing that’s always interested me about your approach to this stuff is you don’t shy away from some of the more mystical, nerdier aspects of the lore. So when we get to a guy like Darkseid, were you planning to go all the way in on that mythology and explore people like Kalibak and Orion, the New Gods like you mentioned before…

Yeah, it’d be fun. The New Gods are the real joy here, of stuff that isn’t set up. There’s a lot of stuff there. [Jack] Kirby’s New Gods is crazy, it’s so fun. It’s its own thing and it was fun to make it real, because it’s so abstract. But then when you actually start working on a character like Darkseid, and you see him walking around, you’re like, “God, this could totally work. He’s legit. This is cool.”

The centerpiece of the Knightmare sequence is about putting Jared and Ben together, since we hadn’t seen them before. What is it that you saw in Jared— I’m unclear on whether you or David Ayer [who presented Leto’s Joker in Suicide Squad] cast him as Joker officially. But what is it about Jared that you think he brings to Joker?

I’m pretty sure it was David that cast him. I just think he’s a great actor. He’s got it. I knew I wanted to do this post-apocalyptic world, so I didn’t want to step on David’s toes. I wasn’t trying to redo that, because I have respect for what [David] did. But I also was like, okay, but in this post-apocalyptic world sometime in the future, I think all bets are off with what he is, who he is, and what he’s become. And then when Jared and I had talked about it, and I gave him the pitch and a little bit of the vibe that I wanted, he was like, “That could be cool. That could be very cool.” 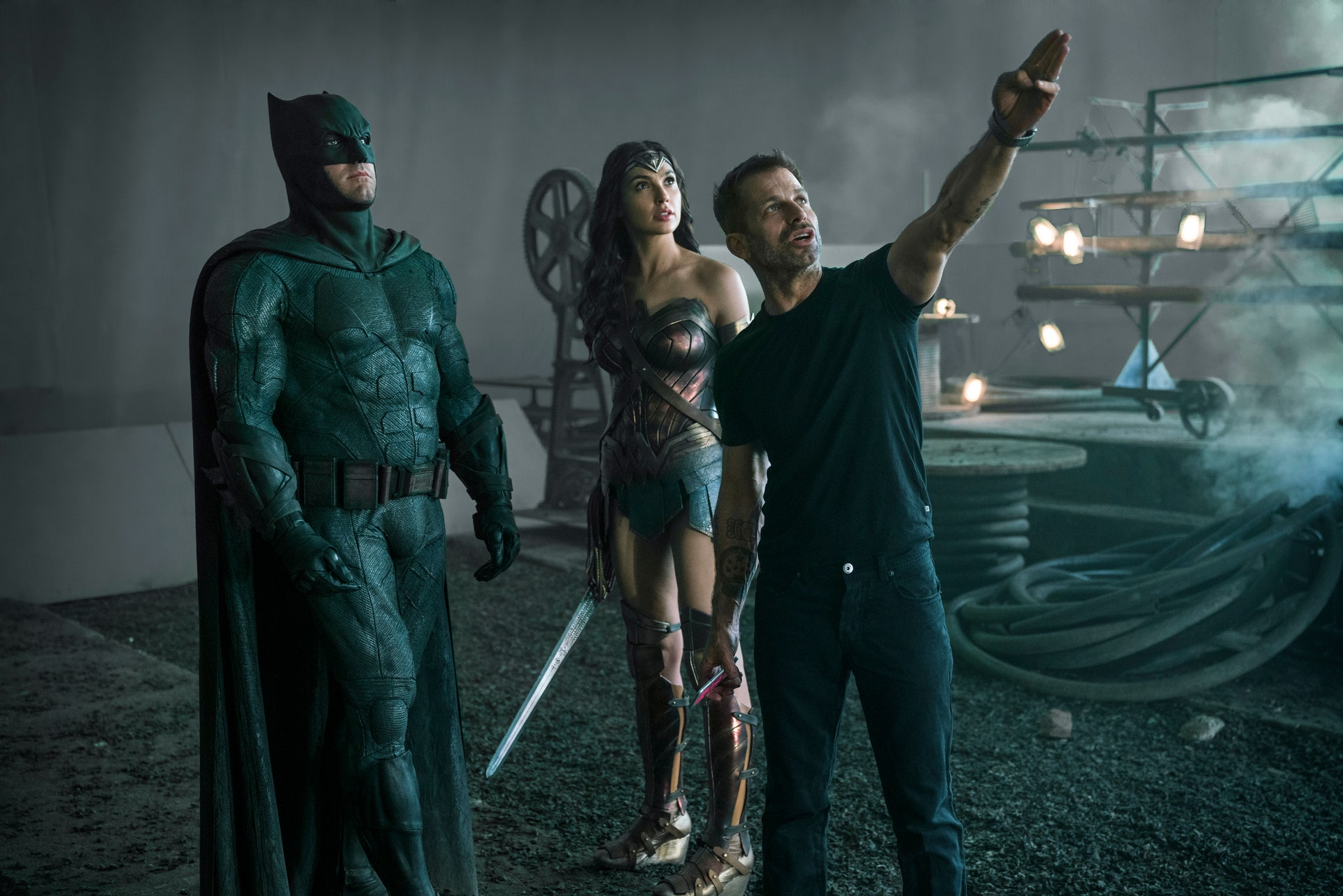