There are a few taboos left in fashion, but none of them pertain to gender. Men have been wearing skirts for years now, and designers like Thom Browne and Rick Owens have made them staples. (Of course, fashion historians will remind you that boys used to wear dresses until puberty, and critics will point to Yohij Yamamoto, Raf Simons, Jean-Paul Gaultier, and others who spent the ’90s putting men in skirts on the runway). Harry Styles in a Gucci gown or a Chopova Lowena skirt might create a furor among right-wing commentators, but for even the least courageous dressers, it mostly warrants a shrug.

This spring, a novel variation on the skirt species may make that shrug disappear altogether. This garment is ideal for those who see the skirt as a bold fashion frontier they can almost imagine conquering. Think of it as the missing link between the swishiest basketball short and the liberating expanse of a ballgown. It’s already made its way into the wardrobes of many whom we might consider barometers of mainstream fashion: Jordan Clarkson in a Fear of God plaid skirt; Jeremy O. Harris in Gucci, Thom Browne, and his own platonic ideal created for Ssense’s Works lab; and Dan Levy, perhaps our foremost example of the woke fashion victim, who is always first in line for all the untested designer ideas, from unorthodox tuxedos to men’s couture.

What sets this new skirt apart is that it looks like an American sportswear classic: it is the skirt equivalent of a trusty pair of chinos. There are options from brands like Comme des Garcons and Rick Owens, which have made menswear skirts for years; as well as several versions from newer entrants, like Stephano Pilati’s Berlin club kid line Random Identities. There are skirts from brands that launched on fashion’s freakier edge, like Charles Jeffrey Loverboy and Situationist, now feel central to fashion’s compass. Schoolgirl skirts layered over stacked jeans were a recurring look in Hedi Slimane’s hit TikTok-inspired Spring 2021 collection. What all these skirts all share is that they resist provocation, and are instead in a way you might describe as “pulled together.” These are menswear skirts that are understated, classic—even tasteful. When Dan Levy wore a Thom Browne skirt suit to the Emmys last September, the response was basically, “So what?” With big boots and a tailored jacket, it simply looked like a suiting separate. 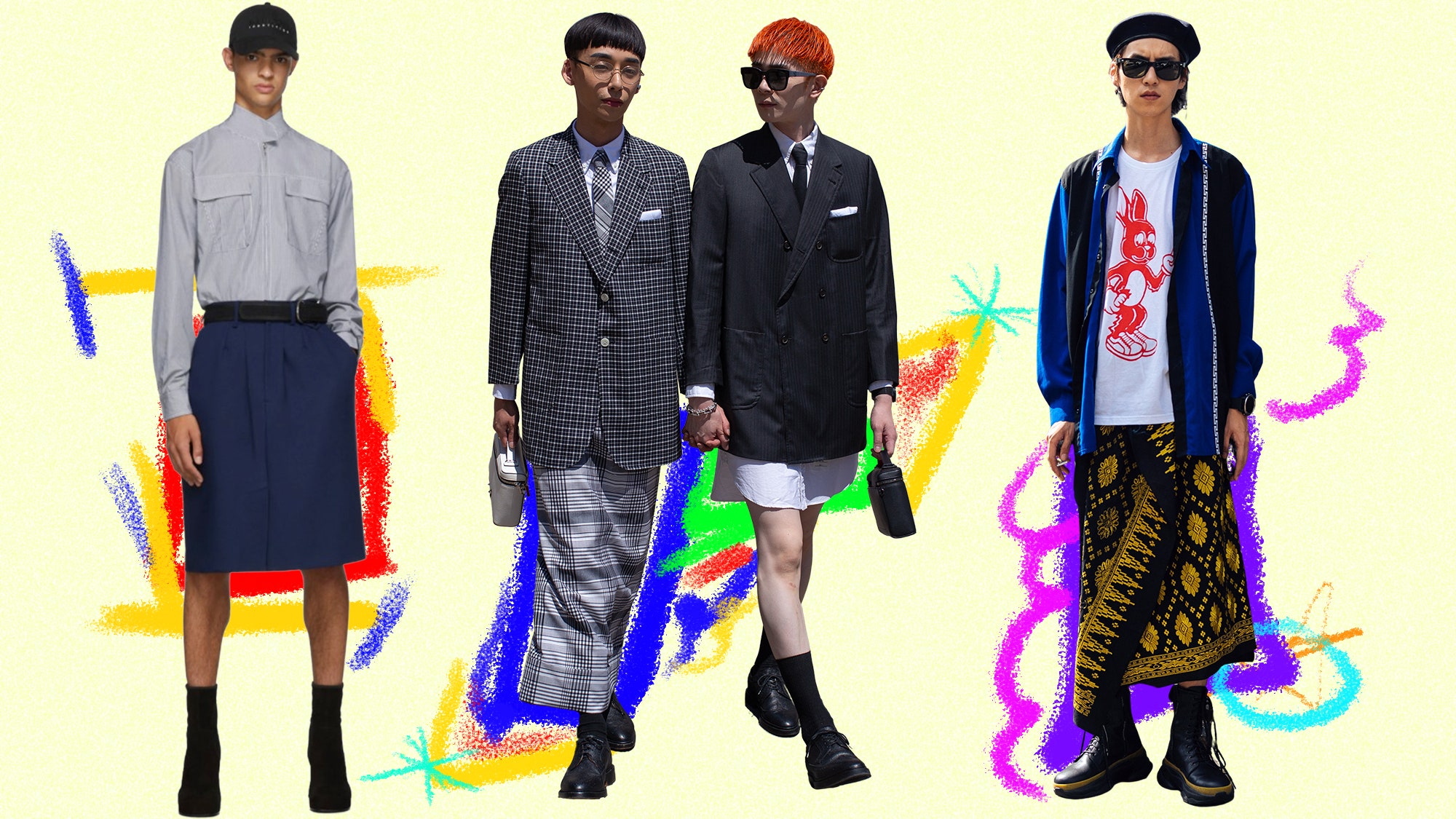