The staticky sound of the HBO bumper has for years been synonymous with a specific kind of adult programming: the delightfully complex profanity of Deadwood, the existential gangsters of The Sopranos, the sharply socially critical The Wire, the blood-soaked orgies of True Blood, and the sexually explicit conversations of Sex and the City. But meeting the challenges of Netflix and the streaming era means building an archive of shows for every niche, and so as HBO turned into HBO Max, the channel has bulked up in areas like anime, true crime, and teen shows. Genera+ion, which premiered last week, is HBO’s fourth new series in the past two years that focuses on the experiences of high schoolers, joining Sam Levine’s Euphoria, Luca Guadagnino’s We Are Who We Are, and Crystal Moselle’s Betty.

From a business perspective, this makes sense– teen shows attract devoted fan bases (according to a 2017 study, “Gen Z devours serials, with 60% watching multiple episodes at a time—compared to only 44% for Gen X. Once they start a show, they stick with it”), and HBO wants to secure that loyalty. From its first three episodes (five more will air through April 1, and another eight later this year), Genera+ion seems less high-minded than its predecessors, which immediately tackled issues of addiction, trans identity, and romantic codependency. That’s not to say that Genera+ion isn’t setting up season-long arcs about adolescent nihilism, queerness, and teen parenthood, but so far, there’s an acerbic, PC-flouting humor to the material that is more in line with last year’s skate-kid comedy Betty: poking a little bit of fun at the socially conscious tendencies of people born between 1995 and 2010, while still celebrating their outspokenness.

The pilot kicks off with high schooler Naomi (Chloe East) trying to sweet talk a Sephora employee into honoring a store discount past its expiration date for her friend who is going into labor in the mall bathroom. It’s an absurd, tone-setting moment that feels like Cruel Intentions meets Dawson’s Creek meets Freaks and Geeks. Similarly provocative moves: When Naomi’s boyfriend prematurely ejaculates into her twin brother Nathan’s (Uly Schlesinger) eye as they secretly hook up behind her back, or when convention-rejecting Chester (Justice Smith, styled like Matthew Lillard from Hackers and channeling J.D. from Heathers) scoffs at his school’s Gay–Straight Alliance group with the line, “Do we really need another bake sale to benefit sad gay people in Chechnya?”

Are most of these characters self-absorbed, overly precocious, and purposefully confrontational? Of course; they’re teenagers. And is the titillating behavior endless? Of course; this is HBO. A surprise pregnancy results in a gross-out labor scene, complete with mucus and vomit. A dick pic is used as blackmail between family members. The show’s most irritating character, the ironically homophobic Arianna (Nathanya Alexander)—her hate speech can’t be genuine, she explains, because of her gay dads—pretends to cry in a video filmed during an active-shooter lockdown at school, and then sends the clip to her fathers as a cruel prank. “Character lazily wipes ejaculate off themselves” is a recurring narrative device.

Father/daughter creative team Daniel and Zelda Barnz (Lena Dunham is an executive producer) have the nuance of a sledgehammer, but when Genera+ion slows down, it offers moments of real poignancy. Particularly good is Haley Sanchez’s performance as Greta, a lesbian teen who is being raised by her supportive aunt Ana (Nava Mau) after her mother is deported to Guadalajara. Greta is introduced frowning at her underwear-clad body in the mirror and too often stumbles over herself while flirting with crush Riley (Chase Sui Wonders), but her awkward navigation of her sexuality feels real for this age, and the opposites-attract friendship she begins to cultivate with Chester hints at unexpected narrative possibilities. Sanchez’s deliberate, quiet work elevates the material. 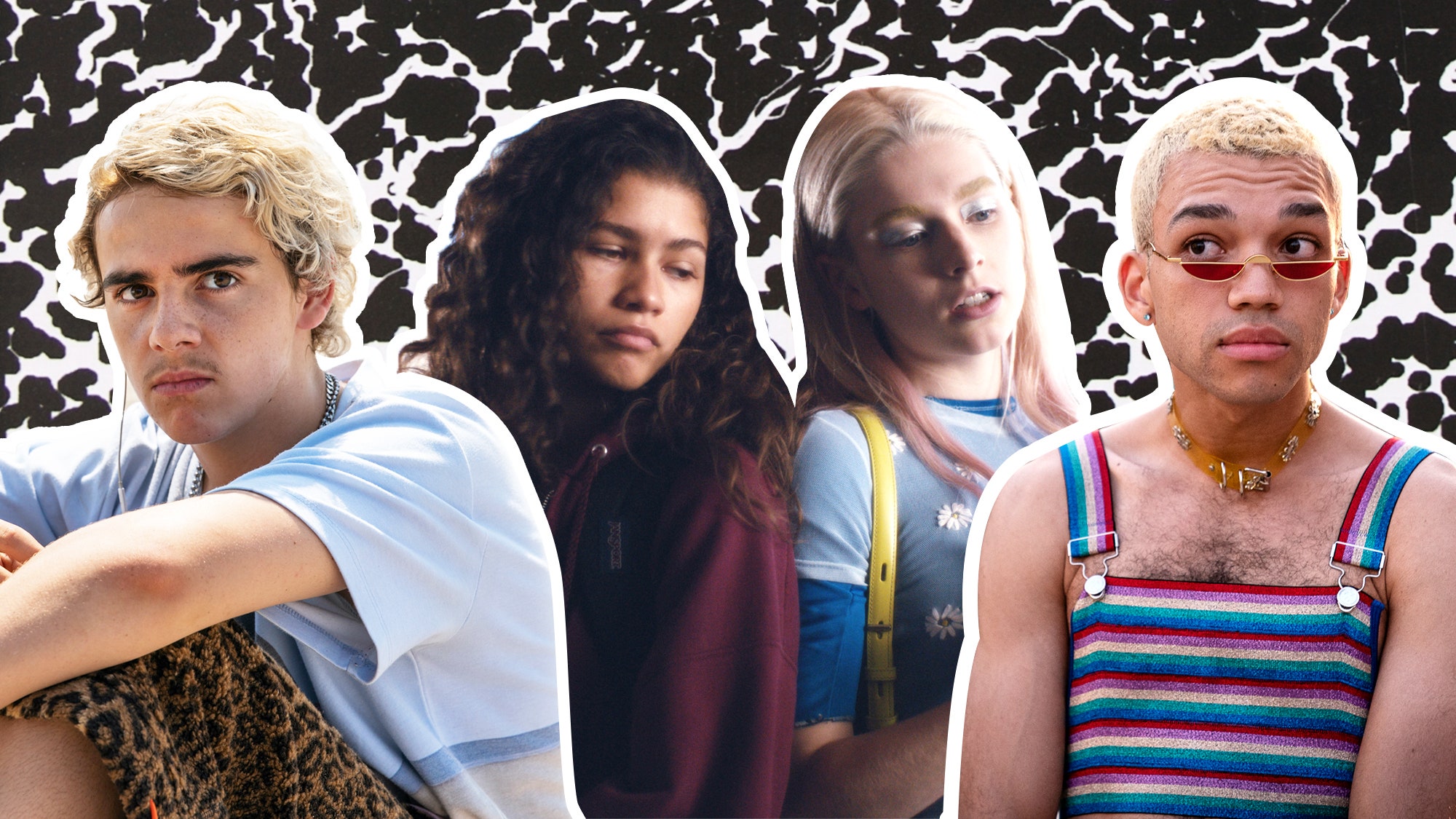