There is a sneaker drop of mammoth proportions on the horizon. The shoe in question has what you’d call serious provenance: on offer is a pair of player-exclusive and star-spangled Kobe Bryant 2s…that the late Lakers star gifted to LeBron James…who wore them in a high school game…against 18-year-old Carmelo Anthony. That ownership history was enough for the shoes to sell for $156,000 at auction last month. They’re now back on the market, but with something of a twist. When they go up for sale—later this spring, on an app called Rally—there’s a good chance you can be the owner of these historically significant shoes. Or at least a proud owner of a small, metaphorical piece of them.

That’s because Rally was the proud purchaser of those shoes at auction—and because Rally is a platform that allows people like you and me to invest in partial shares of high-value stuff. Rally started as a place where investors could purchase shares of rare cars, before moving into art and watches. Now, it’s ramping up its sneaker offerings with these Kobe 2s, along with more: a pair of Air Jordan 6s game-worn and signed by Michael Jordan himself; shoes Zion Williamson wore in action; and a 1972 prototype of Nike’s Moon Shoes. The new fleet of sneakers coming to Rally is part of a burgeoning alternative investment class. In addition to Rally, there are companies like Otis, where investment opportunities range from Kevin Durant rookie cards to a pair of Dior Air Jordan 1s, and the WatchFund, which allows participants to invest in a physical group of watches, clustered together the way a mutual fund bundles stocks. Think of it as Sisterhood of the Traveling Pants, if the jeans incurred a capital gains tax.

The Kobe 2s worn by LeBron James. Does your accountant have an investment plan that includes patriotic shoes shaped like mini-vans? We didn’t think so.

This all sounds a little absurd, but the general idea underpinning these apps—put your money in sneakers, kid!—is not a new investment strategy. Sneaker resellers have been treating shoes as investment vehicles for years, while StockX, one the most popular resale platforms, attempts to recreate the experience of trading on the stock exchange floor with Wall Street jargon, replacing “buy” and “sell” with “bid” and “ask.”Goat, a StockX competitor, offers buyers the option to keep purchased shoes in storage while they increase in value.

But where platforms like StockX and Goat treat sneakers like assets, for Rally and Otis they really are stocks—no similes, metaphors, or comparisons necessary. For a shoe like LeBron’s game-worn Kobe 2s, Rally will “securitize” the item, filing vital documentation to the SEC to turn it into a tradeable item, and then releasing shares for sale in what the company calls an initial product offering. Rally employees factor in comparable auction results and the price they paid to acquire the item to determine the sneaker’s value—and then split it into enough slices to keep shares affordable. Then investors are able to buy shares until the demand is filled. (If shares don’t fully sell out, Rally purchases the remaining shares, refunds existing investors, and attempts to privately sell an item.). Every month, a day-long trading window will open for the product during which people can buy or sell their shares. If an opportunity comes to sell the shoe outright to an interested buyer or collector, Rally coordinates a vote among the shareholders. If more than 50% vote to sell, the shoes are moved and everyone is cashed out. Otherwise, you may be one of over one thousand people currently holding a handful $8.50 shares of, say, a pair of Jordan’s game-worn baseball cleats (a real shoe on Rally right now). Rally, meanwhile, makes its money by charging fees for insurance, storage, and sourcing. Naturally, the platform also releases merch alongside new offerings (of course!).

These Jordans—or at least a fractional share of them—can be yours!

Shares in these Jordan 11s don’t correspond to specific portions of each shoe. So you can just pretend you own the part with the autograph.

The sneaker market has been teaching its customers to navigate the sneaker market like the stock market for years. Goat employs a former trader from Citigroup to advise high-volume sellers on their shoe portfolios. Numerous Instagram accounts have sprung up with the sole purpose of analyzing shoes not as aesthetic objects, but as investments. The son of a now-former Nike executive set out to build a sneaker-resale business based in part on selling “bricks”—less popular shoes that don’t sell for more than their retail price—in mass quantities. Turning sneakers into stocks “was inevitable,” says Rob Petrozzo, Rally’s co-founder. “It’s certainly a natural progression for people to start moving their attention away from the commoditized utility and into true equity,” meaning from treating shoes like shoes to treating them like money. “And part of that is because those platforms [StockX and Goat] truly did kick the door down,” Petrozzo continues. 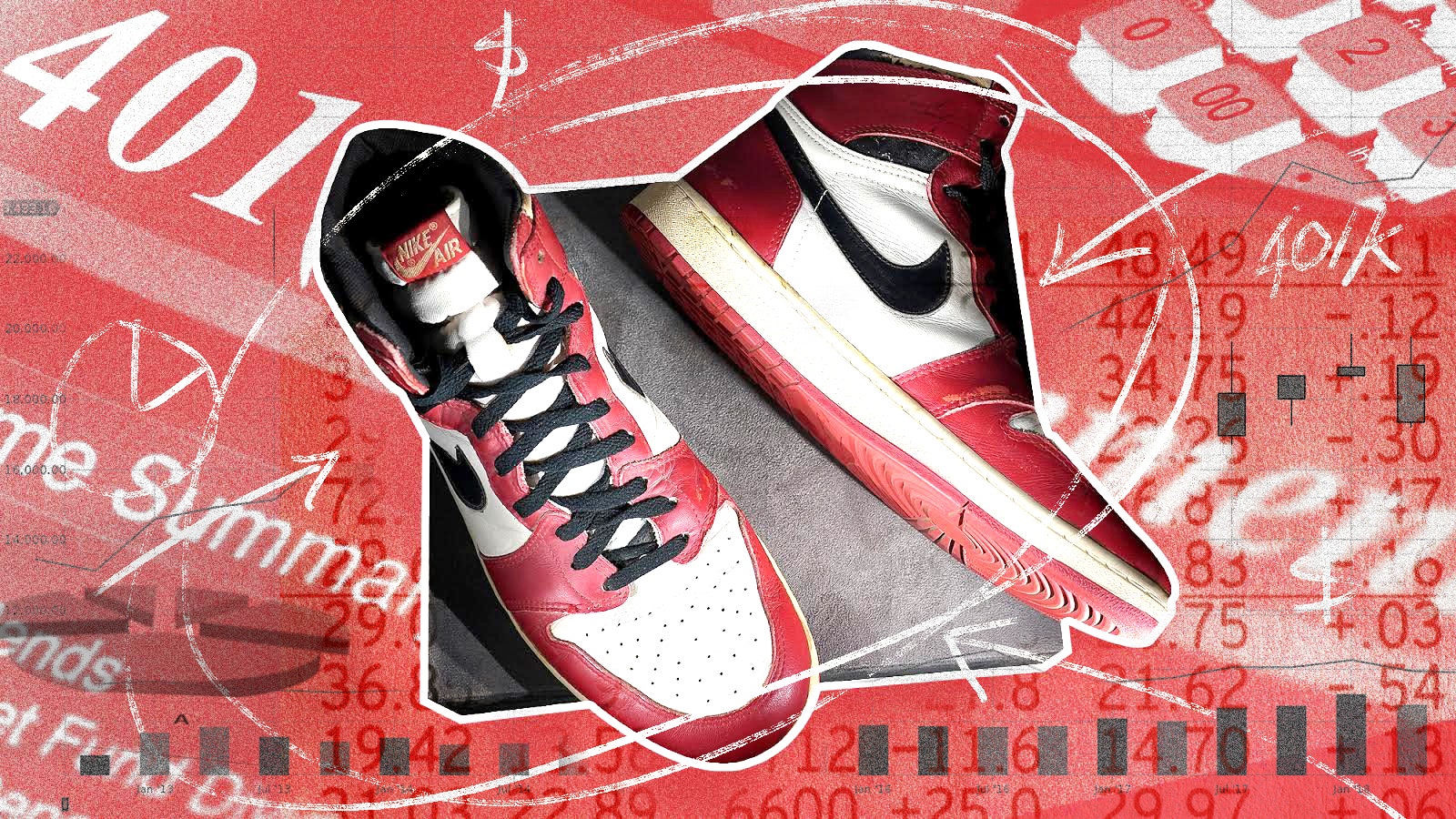