Growing up in a dull suburb, I occupied myself primarily by fantasizing about every bored teenager’s favorite subject: becoming an adult and moving to the city.

This was pre-streaming and pre-social media, so my ideal form of escapism involved going to the public library every week and renting movies. (I never said I was a cool teen.) I loved the ritual of spinning the wire racks and combing through each alphabetized section, first making intuitive decisions based on covers that appealed to me, then learning to build my tastes more deliberately. If movies were the most reliable way to temporarily transport myself, then Pedro Almodóvar’s were the most reliable of all.

Often set in Madrid, where the director flourished during the electrifying years following the downfall of Spanish fascism, Almodóvar’s movies captured a world unlike any I had ever seen before. Men were women, women were dramatic, nuns got pregnant, beautiful matadors suddenly fell into comas, and everyone was obsessed with their mothers. A world so vivid needs clothes to match: preposterously bright colors and maximalism to the nth degree. In Women on the Verge of a Nervous Breakdown, this meant a tomato-red dress and kitschy miniature Moka pot earrings; in Law of Desire, a flamingo-pink shirt paired with the most perfect bolo tie known to man; and in Bad Education, Gael García Bernal swanning around in a form-fitting sequin gown. The clothes bolstered the narrative, but were also strong enough to hold their own within it. Above all, the costumes—miles away from the Ugg boots and North Face jackets that surrounded me—represented unfettered adulthood.

Eventually I did become an adult and moved to the city, but I kept watching Almodóvar. His movies remained lush but grew more restrained; the storylines were less playful and zany and more preoccupied with estrangement and aging and death. The looks weren’t as outrageous either, but he retained a high fashion pedigree, enlisting Gaultier to create nude body stockings for The Skin I Live In and dressing Penélope Cruz exclusively in Chanel in Broken Embraces. One memorable one to come to mind is the burgundy suit and printed silk top on Antonio Banderas-as-Almodóvar-proxy in 2019’s Pain and Glory.

Then I watched Almodóvar’s latest (and his first English-language) undertaking, The Human Voice, which debuts in the States on March 12th and stars Tilda Swinton as a woman … on the verge of a nervous breakdown. (Old habits die hard.) Her partner has suddenly left her and their dog, and she’s adrift and in shock. But the clothes! The film is barely thirty minutes long, but features no fewer than six outfit changes. They includes Almodóvar’s favored tomato-red shade, in the form of a Balenciaga dome dress; a masculine, monochromatic cobalt Balenciaga suit worn to the hardware store; and a Dries Van Noten ensemble of gold lamé pants and a black leather jacket that Swinton’s character picks out right before the dramatic final scene (no spoilers but, in Almodóvar’s universe, it’s par for the course). It is vintage Almodóvar sensibility, filtered through the present. 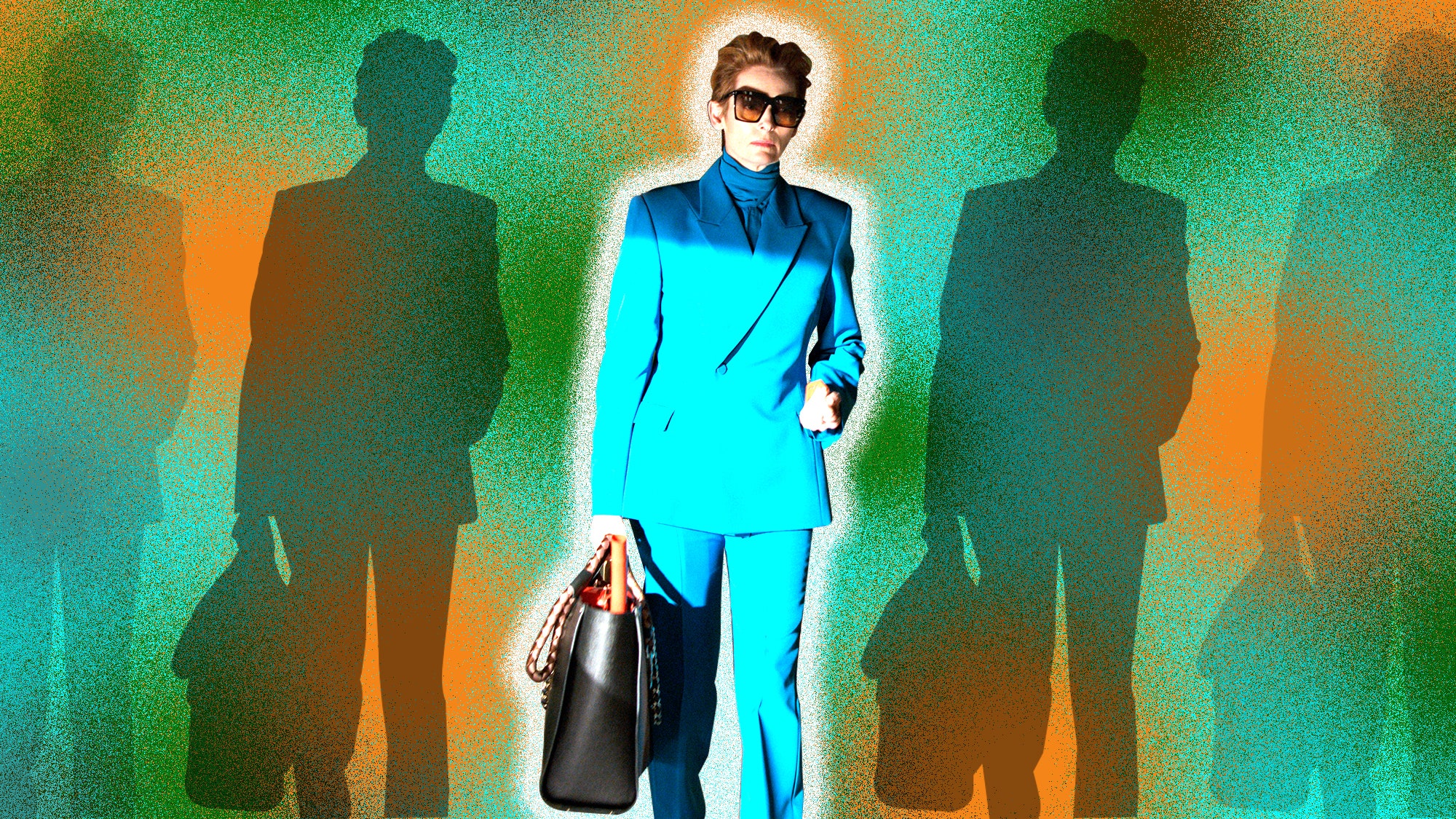