On October 2, 2018, Saudi Arabian dissident journalist and Washington Post columnist Jamal Khashoggi walked into the Saudi consulate in Istanbul, Turkey, to obtain some paperwork for his upcoming wedding to his fiancee, Hatice Cengiz. He never came out alive. Turkish authorities soon revealed that they had audio and video evidence showing that Khashoggi had been murdered and dismembered inside the consulate by a 15-member Saudi hit squad. U.S. intelligence concluded that the assassination had been orchestrated from the very top of the Saudi establishment, on the orders of Crown Prince Mohammed Bin Salman, better known as MBS, the kingdom’s heir apparent and de facto ruler.

Khashoggi’s murder inspired shock and outrage around the world, and even prompted some governments and multinational companies to at least temporarily reconsider their ties with Saudi Arabia. Film director Bryan Fogel, whose Oscar-winning 2017 documentary Icarus exposed Russia’s massive state-sponsored Olympic doping program, recognized Khashoggi’s story as one that demanded to be told and that would make a compelling film.

In The Dissident, Fogel narrates Khashoggi’s life, career, and activism through exclusive interviews with the journalist’s fiancee, friends, and associates, and lays out the evidence of his murder through security footage, audio transcripts, and testimony from Turkish investigators. Central to the story is Omar Abdulaziz, a young Saudi activist living in Montreal, who knew and worked with Khashoggi and has become the target of the Saudi crown prince’s digital surveillance, misinformation and intimidation apparatus. The film shines a disturbing light on the unfathomable dangers and obstacles that face any Saudi citizen who dares to criticize the regime, at home or abroad.

President Donald Trump took no action against the Saudis over the murder of a U.S. resident, preferring to prioritize lucrative arms deals. The Biden administration recently announced a series of sanctions against Saudi officials, withdrawal of support for the Kingdom’s war in Yemen, and a pause on weapons delivery, but stopped short of any measures against MBS himself. GQ talked to Fogel about the film, its international impact, and the recent developments in this still-unfolding story.

GQ: Let’s start with the news. At the end of February, the Biden administration declassified the intelligence report, which the Trump administration had suppressed, that found Mohammed Bin Salman personally responsible for ordering Jamal Khashoggi’s murder. The government issued sanctions against several people, and the State Department announced a new visa restriction policy they’re calling the “Khashoggi ban,” but they stopped short of sanctioning the crown prince himself. A lot of people have been pretty upset about that. What was your reaction when you heard that the US wasn’t going to punish MBS directly?

Bryan Fogel: Well, it was disappointing just in a sense of knowing Hatice so well, knowing Omar, knowing this story. Having spent over two years of my life making this film, becoming very personally invested with those that were impacted and directly impacted. On the other hand, I believe that my role is as a filmmaker, as a storyteller. I’m not a politician, I’m not a policymaker. And so, all that I can do is basically tell a story, craft something as best as I can, and then see what I can do to hopefully effect change. But I don’t think, for me, that I go about something from the outset, going, “Oh well, if this doesn’t happen, then I’ve failed.”

I say that because clearly, it was disappointing that Biden didn’t do anything. It was disappointing that he made such a big deal about it, released the report, summarized what everybody already knew, and then [decided to] go after the other people, the other killers or part of that team, and not actually pursue any sanctions or punishment against MBS. Clearly that sends, in my opinion, the wrong message. I mean, it’s letting a dictator and authoritarian essentially know—just as we have in the case of Putin as well—that okay, well, while this behavior is frowned upon, it’s not like anything ever really comes of it. 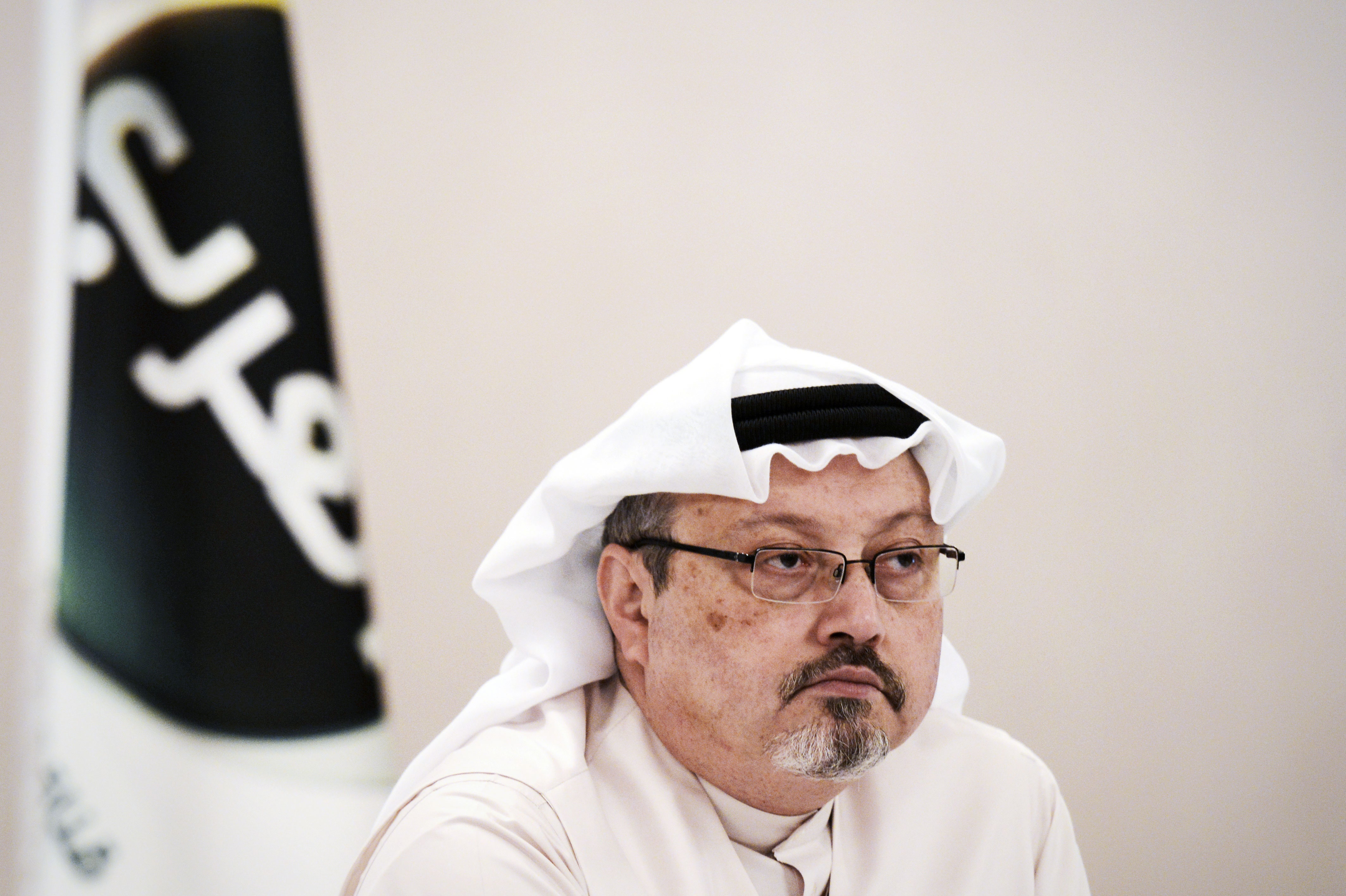