I consider myself a pretty big fan of Biggie, but until watching this film, I didn’t truly realize there was so much that I had no idea about. D-Roc, this is your best friend, so you know most of this. But Emmett, what is it like to be discovering all of this new information in real time?

Emmett: I’m not on the shortlist of guys you would expect to direct this film. So for me, when I saw all that information, that started to become a film I could make. This is like a coming of age story. It’s a relationship. It’s about a family and friends from this small little neighborhood, and why that neighborhood also became the reason why their story was the way it was. All those things are classic story elements that I could latch onto. And so when it started to become less about prolific abilities in the studio, and more about how this kid was raised in Jamaica, things started to pop off, and that’s when it started to become a movie that was a good fit for me. But again, the Donald Harrison thing is even something that Wayne, who’s been around the estate a good part of his life, that was even a new spin on it for him. That’s when I was really excited, to be able to get things that people didn’t know.

Wayne: Yeah, I definitely did not know that. had no idea how that went, that blew my mind. Especially when he utilized the drum pattern, and then played the video on top of it. That scene, in itself, fucked me up. [In one scene, footage of Biggie freestyling is superimposed over footage of drummer Max Roach playing, and Donald Harrison explains “If you slow one of Max’s ideas down, you can hear The Notorious B.I.G. was accenting those notes, and rhyming in a way that exudes all the finer qualities of a bebop drum solo.”]

D-Roc: And you can actually see it while he’s playing the drums. If you’ve been in a studio with him, it makes sense. I didn’t know that, either.

Wayne: One other thing that I want to point out, because I think it’s important to be said. Emmett was a great choice for us, for a number of reasons. But none greater than the fact that he was able to pull this story together by tapping into the heartstrings of individuals who, every year on March 9 or May 21, feel this emotional connection to Biggie. That couple of days, and with the 363 other days that they still reel in this pain that we feel from having him no longer here. And to do that, in the way that he did it, to me, kudos to you first, Emmett. But more specifically, I think it allows people like D-Roc to open himself up and show his vulnerabilities as it relates to losing his friend, and allow himself to tell his story, which I think is a whole other thing. Because that story is a direct reflection of what Biggie’s life was, but from a different purview. And that’s a story to be told. I think that shines through in this piece.

So how did you guys figure out that Emmett was the right person for it?

Wayne: It was a number of things. We sat with different directors over the years. Every director that we’ve ever spoken to, has always talked about the same thing. It was always the same story, just a different perspective. Emmett, when he sat down with myself and Ms. Wallace for the first time, we were sitting down in Pennsylvania at Red Lobster. We gave him the vision of what we saw based on the conversations that she and I had, and it was really just about giving something to the fans and letting fans tell their inspirational stories about Christopher, because that was never done before. Emmett sat with us at that table, and he conceptualized that vision, and gave us something different in that meeting. That in itself let us know right then and there, that there was no need to look any further because this man is looking beyond the scope of what we’re telling him. He’s looking beyond the scope of what he’s seen. He’s telling us that he believes it can be something stronger, and this is what it is. 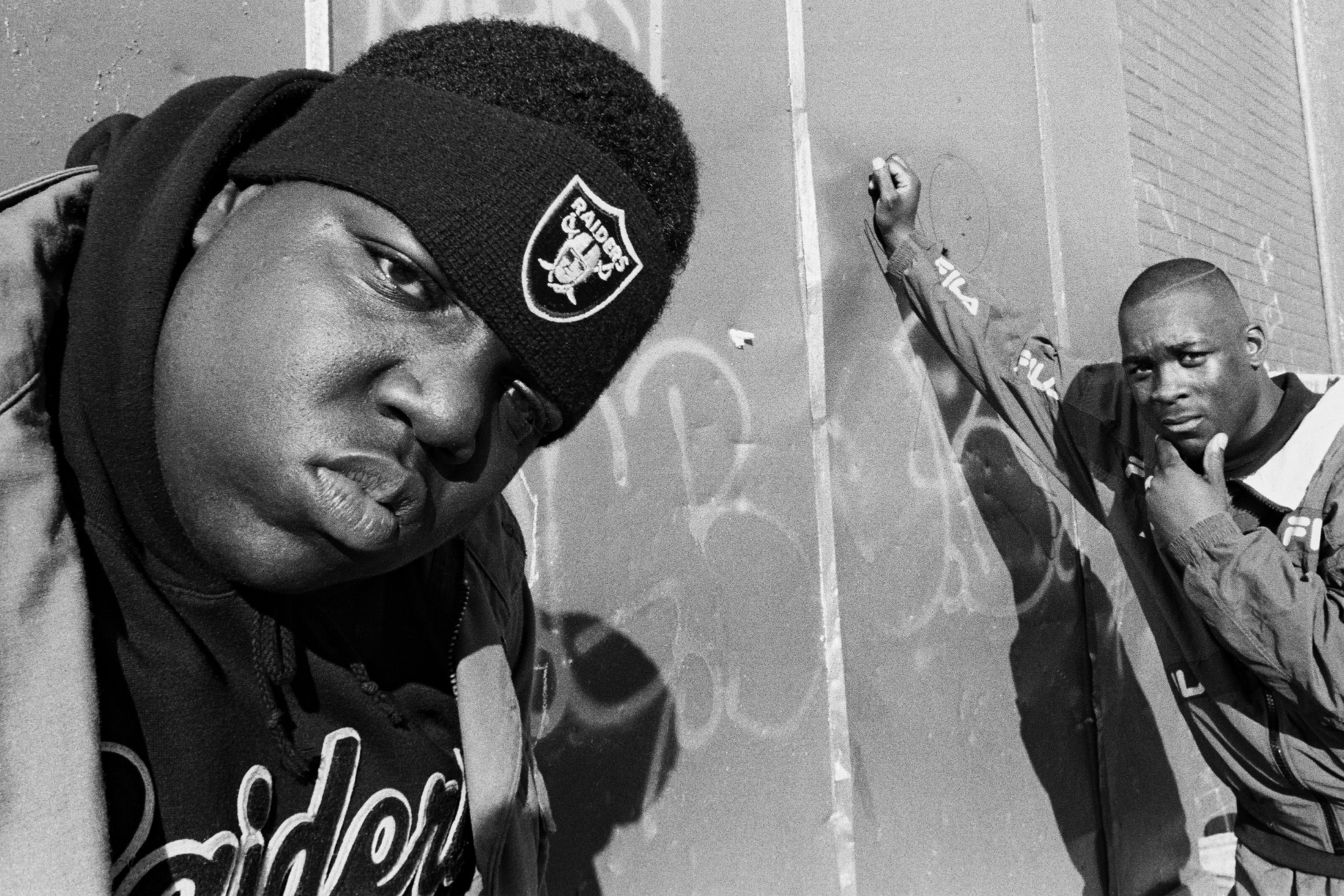