At the beginning of quarantine, my boyfriend (brag) and I went upstate (brag²) to watch the interminable yet exquisite reality program Love Island and have what critics and fans alike are calling near constant sex. My “lover” (which came first, the term or the Taylor Swift album?) and I have deemed ourselves the horniest people in America. We are base and vile creatures whose main interests include slamming our soft, hairy bodies together and eating gas station cuisine. When my boyf turned 29 in isolation, I split an Oreo in two and wore both halves as pasties on my nipples while singing “Happy Birthday”—a performance for which I deserve to EGOT.

Our first few weeks upstate were bizarrely idyllic. I had spent most of 2019 traveling and was eager to get home and cozy up to my lover so he wouldn’t leave me for someone who could ostensibly pull off low-rise jeans. Plus, we had just stopped using condoms, so sex felt like a new video game we were dying to get home and play. Video game??? Okay…I’m a guy’s girl. If you don’t hate me yet, I also need to share that I’ve always prided myself on cumming quite easily, something I learned while wearing too-tight Abercrombie jeans on a bicycle in 2004. Sure, I was living in the dystopian hellscape that was 2020, but I was avoiding that reality by having multiple orgasms and checking Instagram to see if my favorite Love Island couples were still together. Cara and Nathan have two kids!!! I was happy, but honey, you know I love to ruin a good thing!

I’ve been blessed with perfect eyebrows and a penchant for worrying about the same four things on repeat until the sweet release of death. My greatest hits are as follows: worrying that my body is bad according to society, worrying that I won’t become successful enough to have a perfume, worrying that my boyfriend will fall out of romantic love with me, and worrying that I, or a family member, have a rare, fatal, and oft-misdiagnosed disease. While I normally shift from one fear to the next every few months, during quarantine the endless free time gave my fears free rein to rapidly cycle at an unmanageable rate.

It soon became clear that #quar was not a cute three-week vacation, and as the fabric of society furiously unraveled, a return to normalcy felt unfathomable. I drove home to Texas to spend some solo time with my family and fell into my first true depressive episode. I couldn’t eat, which obviously had never happened to me before. Have you tried food? It’s so good. I couldn’t get out of bed, but wasn’t sleeping—more like Manic Pixie Awake Girl! I started having the urge to hurt myself, which I thought was just for teens. Trix-are-not-just-for-kids vibes! I started drinking to numb the pain, and worst of all, I started painting abstract portraits of “a tree I had seen.”

I was pissed. I wanted to feel normal, not nothing.

My parents kept saying I was acting like a child. I was like…yeah, that’s my role here…I’m your child. I didn’t recognize myself, either, but I was too lazy to reach out to my psychiatrist, who, like so many doctors, insists on speaking to me only through a portal. I figured I’d ride out the summer by watching B-list murder docs and crying to Folklore while slurping one of my famous 4 p.m. Monday margaritas, but when I found myself staying up till 4 a.m. listening to Fevers and Mirrors–era Bright Eyes and asking my boyfriend if we should have a baby just to have “something to do,” I decided it was time to send my psychiatrist a message. I wasn’t embarrassed to ask for help, just exhausted by all the admin. I mean, it’s 2021, if you don’t have some kind of mental illness, you simply aren’t modern. 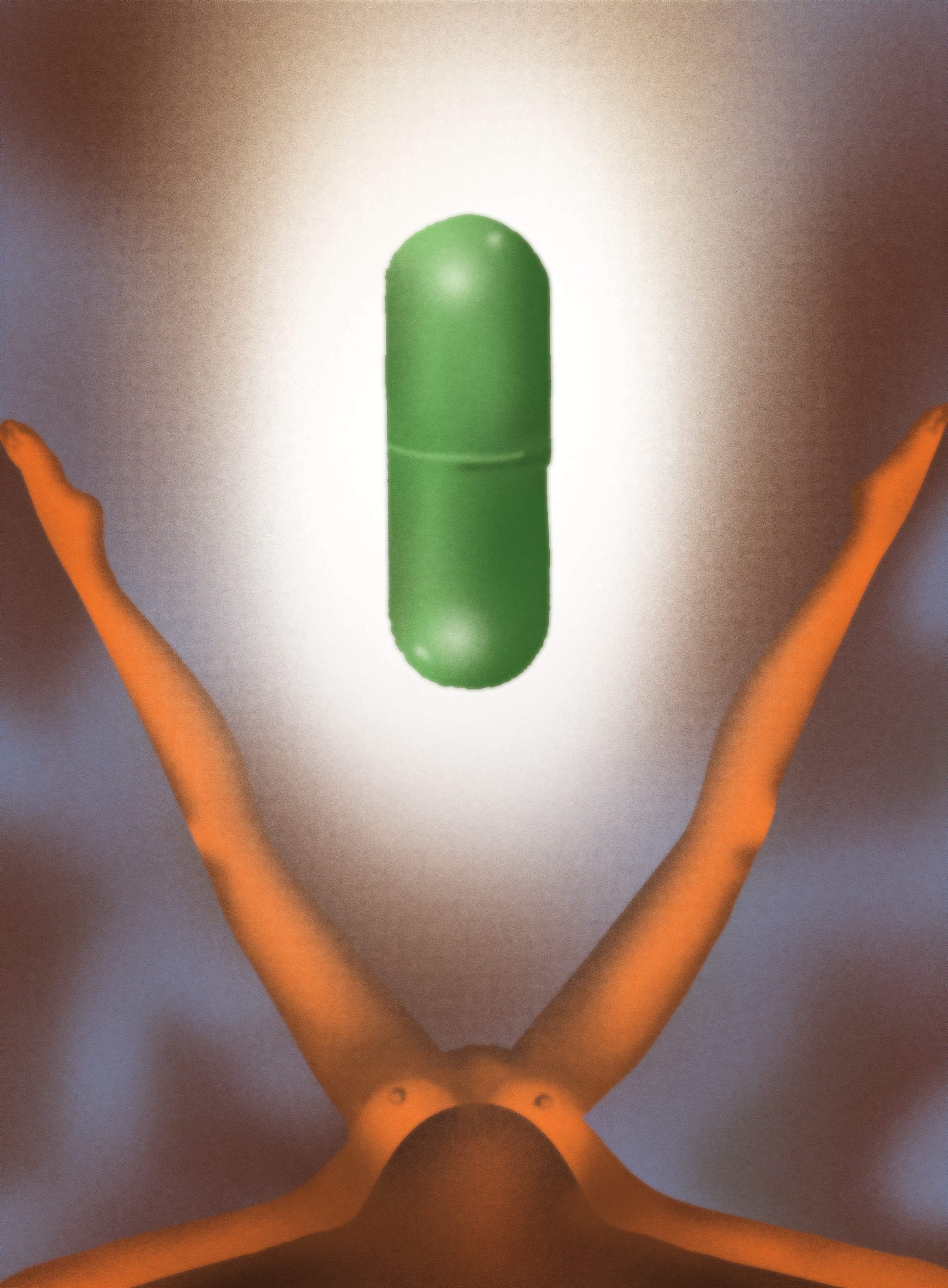