Here’s a little secret, one that could put my Canadian citizenship at risk for sharing classified information with a foreign power. Ever wondered how we Canucks never seem to get cold? Not even in the deadest dead of winter, the kind that Kanye’s memories might fade in? The answer isn’t evolutionary adaptation, or year-round exposure to freezing temps through peewee hockey, or an overconsumption of poutine. It’s that we dress better than you. Maybe not always on the outside—though lumberjack flannels and denim-on-denim do have their charms—but definitely on the inside. I’m speaking, of course, about long underwear, easily the most underrated method (outside of the Great White North, at any rate) for staving off the deep freeze.

Yes, a great puffer jacket will do wonders to keep you warm over the totality of a long winter. And sure, a pair of woolly socks and a cozy knit beanie are both valuable team members, too. But it’s long underwear that prevents the chill from seeping in and rattling your bones, that stands tall in the face of arctic winds or polar vortexes or snow squalls or whichever flavor-of-the-week environmental calamity chooses to terrorize your city this year. When it’s the middle of February, and the air outside feels like road rash on your cheeks, it’s long underwear that’ll mean the difference between getting you out the door and over to the office on time, or quitting your job entirely in favor of huddling by the radiator in the Green Bay Packers snuggie your aunt bought you for Christmas.

To help you get you into a set as soon as possible—to experience the untold, Tahiti-level heat they deliver—we scoured the market for the very best long underwear on the planet, from old-timey waffle henleys to Black Diamond-ready high-performance tights. These are the base layers worth pulling on everyday from now until March (or April; or May; screw you, climate change). Once you do, you’ll wonder how you ever survived in the cold without ‘em. Trust me—I’m Canadian.

At this stage, Uniqlo’s Heattech has, like Google and Kleenex before it, entered the common lexicon. As in, Oh, it’s going to be 20 below before windchill today? That’s Heattech weather. Or, You’re driving up to Quebec for that ski trip this weekend? Better stock up on Heattech. That ubiquity is well earned: the stuff is warm as hell, easy on the skin, and affordable enough to buy in bulk. These days, Uniqlo makes three levels of Heatteach gear—regular, Extra Warm, and Ultra Warm—and we’re fans of the middle option, which has a brushed lining for extra insulation but is still breathable enough that you won’t sweat bullets indoors.

The Best Long Underwear for Hitting the Slopes

If you’re planning on spending time on a mountain this winter—whether that means hiking up or skiing down—these are the ones you want. Fashioned from merino wool to ward off odors and regulate your body temperature, with flatlock seams to sidestep any chafing, Icebreaker’s technical base layers are engineered to keep you warm and comfortable on the move.

When you imagine long underwear, these are probably what you picture first: heavy ribbed, button-fly henleys and long johns in heather gray and white. Hemen’s hardily-constructed organic cotton takes are as traditional as can be, but they’ll still be up to snuff heat-wise on your chilly morning commutes.

The Best Long Underwear to Luxuriate In

On the awfulest winter days, when you wake up feeling extra gloomy, this set will serve as a worthy motivator to get you out of bed and moving in the right direction. Thanks to an opulent blend of merino and silk, they’re deceptively light and airy, feeling like absolute heaven against your body while still packing in the heat. Dropping nearly $300 on undies might seem crazy, but we’d argue that choosing to live in a cold climate isn’t totally sane, either. Treat yourself. You deserve it.

Seven More Pairs Worth Pulling On

Smartwool’s performance-minded leggings may use an age-old fiber to get the job done, but it’s the innovative Intraknit tech behind it that really heats things up. They combine terry loops and mesh for a calculated combination of insulation and ventilation, all 3D-knit for a better fit and durability.

Indera has been making toasty undergarments in the USA since 1914, so they know what they’re doing. These guys are knit with a heavyweight cotton raschel knit on the outside and odor-resistant polyester fleece on the inside.

Billed as Patagonia’s “most advanced” base layer ever, the Capilene Air traps warmth, dries swiftly, and keeps odors at bay even on multi-day camping trips.

A tough, basic option at a killer price.

The Brits behind some of our very favorite tees and polos also make a damn good pair of long johns.$58

The Best Winter Socks Will Keep Your Ankles Stylish all Season LongThe Best Underwear for Men Is Worth Every PennyThe Best Winter Boots Can Handle the Wettest, Slushiest, Blizzard-iest Weather 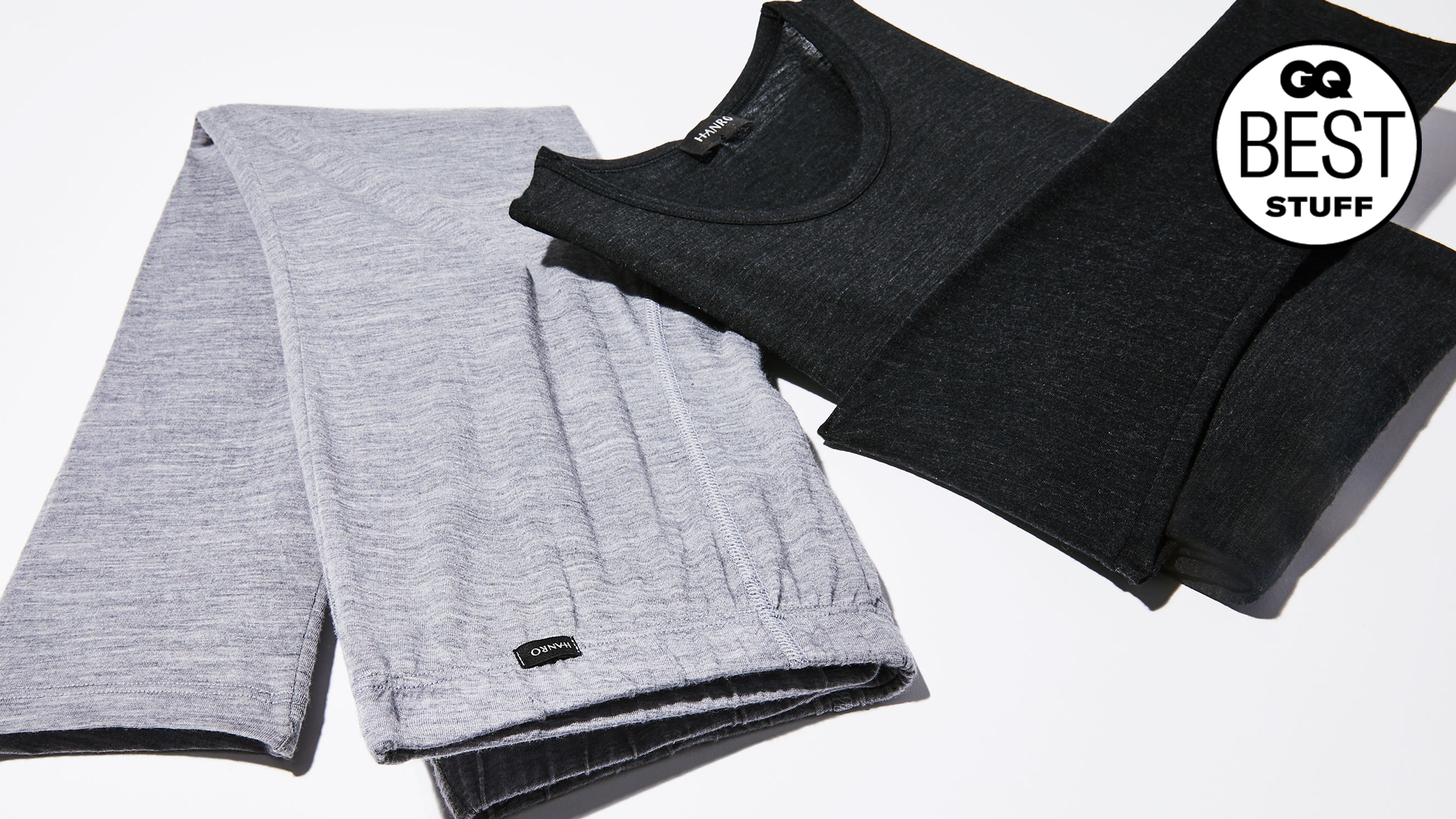