By now, the streetwear legends over at Stüssy have gotten this whole collaborating-with-Nike thing down pat. The two brands have been working together for more than 20 years now, and don’t show any signs of slowing down. Last year, the two industry juggernauts teamed up on a handful of heaters, the Air Zoom Spiridon and the Air Zoom Kukini being two standouts. And this month, Stüssy and the Swoosh will be re-issuing their very first sneaker together—the Air Huarache LE.

The Air Huarache made its debut in 1991 and was marketed towards runners by promising a hug for your feet. Just like many other memorable and cult-loved Nike sneakers, it was designed by iconic designer Tinker Hatfield. Fast forward nearly a decade later, and Stüssy and Nike teamed up on an earth-toned colorway of the silhouette. It was an unlikely pairing of sportswear and streetwear for the time. (You can thank the industry heavy-hitters Fraser Cooke and Michael Kopelman for being way ahead of the curve.) Now, the beloved sneaker is back in two distinct earth-toned colorways ,with nubuck and textile upper and the jagged foam sole with Nike Air cushioning. And, of course, the Air Huarache’s famous love-it-or-hate-it outer cage.

This is a tried and true sneaker world move: release a new-but-old style and sit back as it sells out in a flash—which is exactly what happened this week when the collaborative shoe dropped. So yes, the latest Stüssy x Nike sneaker was destined to be a hit. And that’s because it was already a hit when it first came out over two decades ago. All that said, a sneaker has to be pretty damn good to stay in-demand for 21 years—luckily for Stüssy and Nike, this Air Huarache is precisely that. 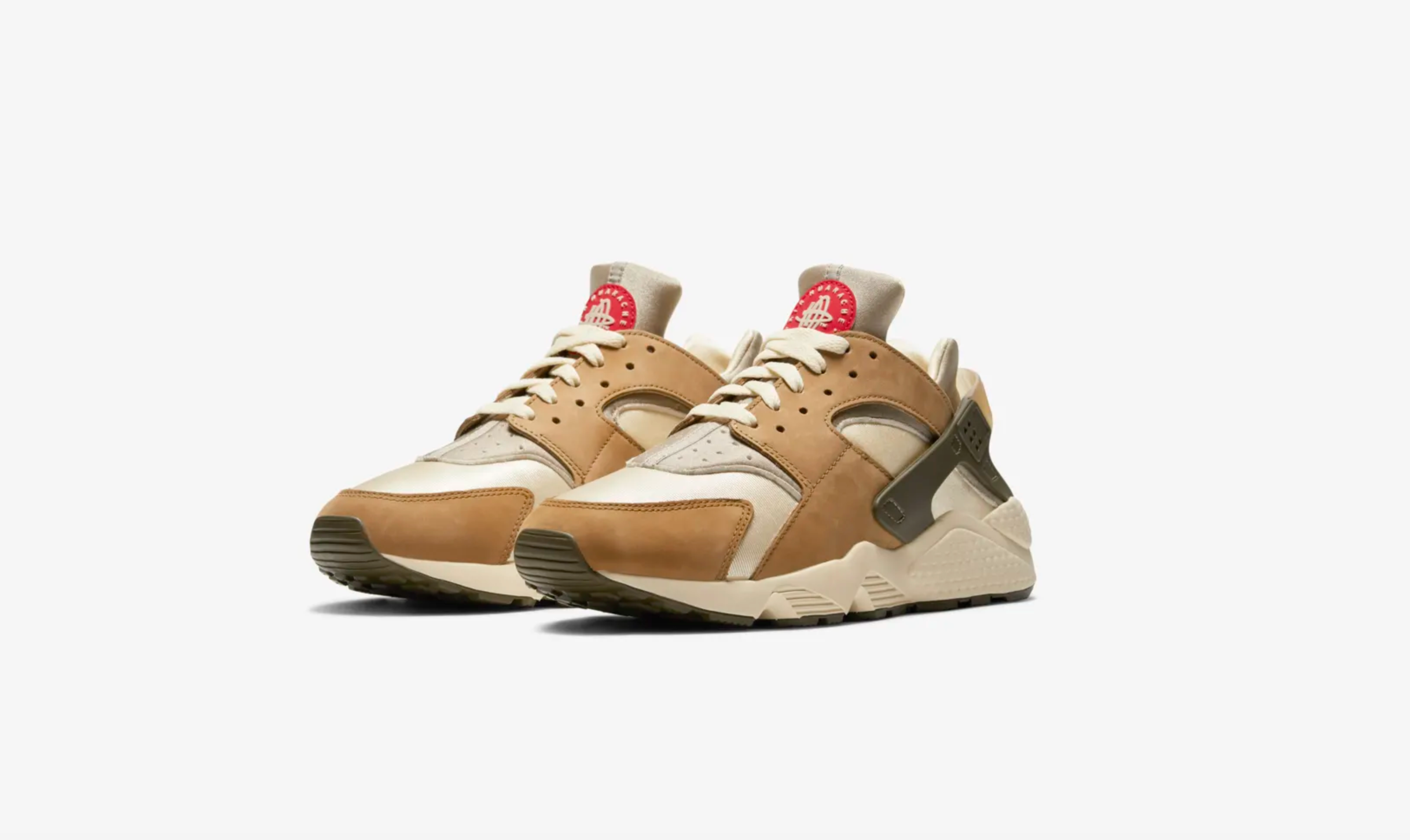