The great American filmmaker Ken Burns is known for many things: His oeuvre of engrossing and award-winning documentary series on topics as varied as baseball, jazz, the Shakers, national parks, and the Civil War. His eponymous panning shots and zoom effects. And, of course, his trademark bowl cut.

A New Yorker profile from a few years ago likened it to “the removable piece on the top of a Lego figure” and revealed that “in 1975, Burns had long hair, and a hairdresser cut most of it off; he still uses that hairdresser, exclusively.” A 2017 article on this very website stated, “Ken Burns’s hairstyle remains unchanged throughout all of time.” In other words, Ken Burns’s hair has been a reliable and comforting constant in a world of uncertainty, and no time in recent memory has been filled with quite as much widespread uncertainty as now. But all things must change—including Ken Burns’s hair.

In recent television appearances, it’s evident that Burns has traded his close-cut bangs for lustrous flowing locks. “I was definitely not prepared for Ken Burns’s lockdown hair,” one person wrote on Twitter. “Ken Burns, welcome to team ‘hair improved by lockdown’!! We’re happy to have you,” exclaimed another. While the change may come as an unexpected shock to many, it’s also true that Burns’s hair objectively looks great.

Wanting to know more, I called up Burns, who is currently promoting his and collaborator Lynn Novick’s upcoming three-part documentary on Ernest Hemingway, premiering April 5th on PBS. The director—again, a national treasure and font of knowledge—kindly agreed to answer every question that I had exclusively about his hair.

“Never has so much hair meant so little to so many people for so long a time,” Burns told me from the start. “The very first notices I was getting with my first film on PBS, back in the early eighties, people were talking about this Beatle-haired, mop-top whatever.”

Burns confirmed that he is still going to the same hairdresser he’s been patronizing since 1975, the month after he graduated college. “The woman left and started her own business. I followed her there. I moved away from the Amherst-Northampton area. I have always returned to her. She has since retired from her business and for the last ten years has been at home, but I’ve gone to her home,” he said. Because of the pandemic, he’s only returned for a trim once in the past year. 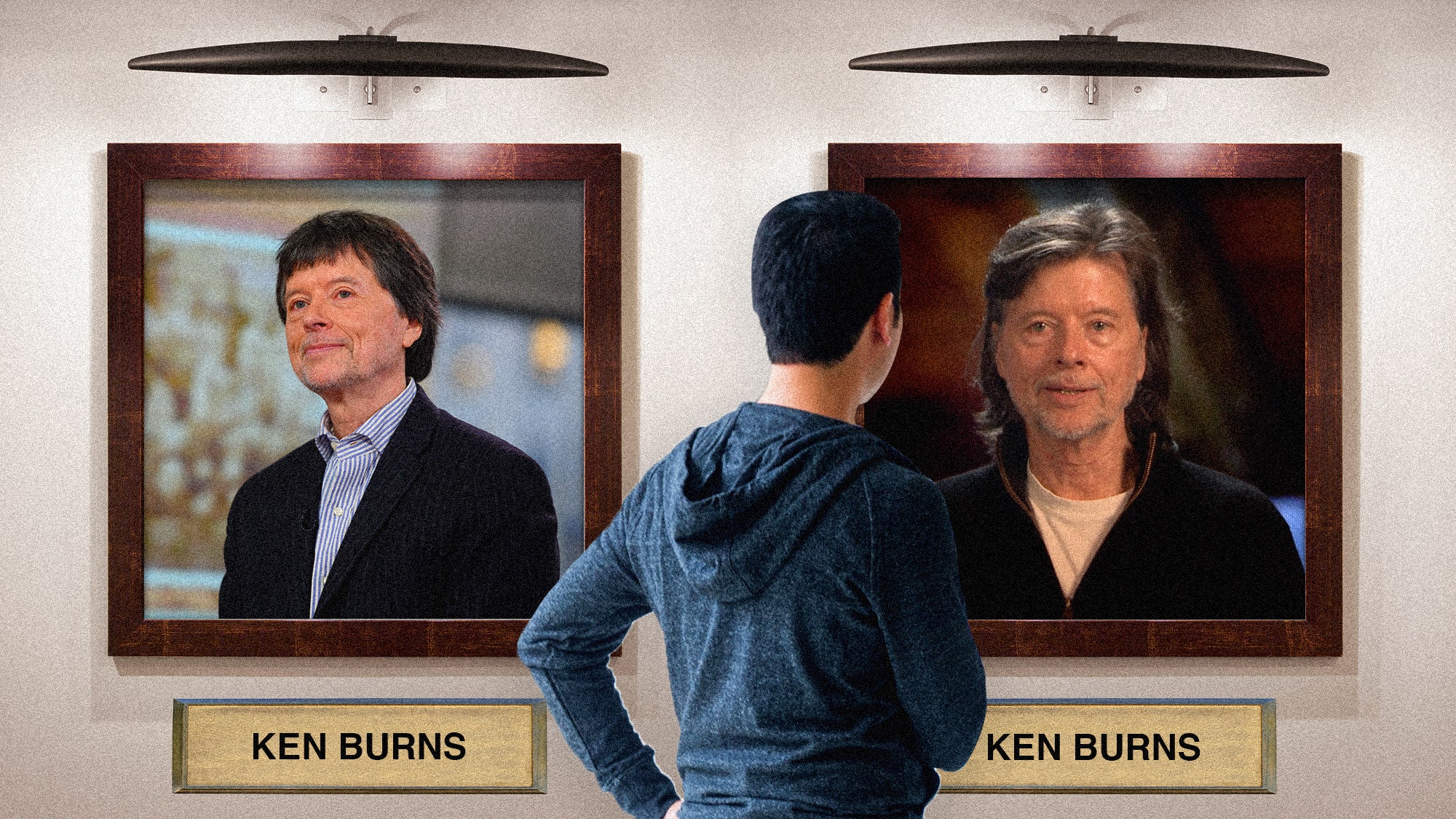