It was the first week of summer 2018 when Richie Shazam spotted Ben Draghi gyrating on the dance ﬂoor at Brooklyn’s Spectrum. Neither of them had been in a serious relationship: Draghi had just graduated from college and was acclimating himself to New York’s queer scene, and Shazam, a downtown nightlife ﬁxture, described themself as “the eternal single lady.” But Draghi was feeling himself as he danced alone, and Shazam was mesmerized: “I was like, ‘Damn, this white boy has moves!’ ”

Shazam is a model and photographer whose work subverts the fashion world’s obsession with whiteness and the gender binary. Draghi is an emerging electronic musician and videographer. A long conversation that night led to an exchange of Instagram messages, which led to a summer-long courtship, which led to an outcome neither of them expected: an enduring partnership that has electriﬁed their mutual artistic practices.

As their relationship deepened, they became each other’s muses and sounding boards. “Part of our process is learning from each other,” says Shazam, who shows Draghi every photo they take for the likes of GQ, Vogue, and Interview. Which is no small thing, seeing as the self-taught Shazam tends to work with the likes of Julia Fox and Lily Aldridge—a group of downtown friends that’s more tightly knit than a Thom Browne sweater. “Ben,” Shazam says, has not only “become an essential part of my family of collaborators, I think that he is my main collaborator at this point. I need his eye and I need his opinion.”

On Shazam: Corset, shoes, and earrings by Area. On Draghi: Pants by Helmut Lang.

It’s a testament to their partnership that the couple’s most powerful works have been accomplished together: a psychedelic “sex tape” created for a one-night-only art rave in 2019, a downright smoldering ad campaign for Michael Kors, and a Nadia Lee Cohen photo book in which they both star, each piece a totem to a gender-­ﬂuid, multiracial queer intimacy that has yet to become acceptable in the mainstream. (“Somehow all the shoots end up being semi-nude,” notes Draghi.)

Their creative exchange became so essential that they recently moved in together after Shazam returned to New York from shooting a transgender makeover series for Vice Canada. In the new spot, the club kids have done a full 180 to become domestic partners. Draghi has a recording studio, and Shazam has space for their extensive fashion archive; most nights are spent cooking and watching The Office. But by day they’re invariably plotting their next paradigm-shattering project.

“When I was single, my husband was my work,” Shazam says. “That was my survival, my sustenance.” Now, Draghi says, work is “what’s kept us together. You get to know people in a very different light when you work with them, and that can be a very harrowing experience. Or it can be really beautiful.”

A version of this story originally appeared in the March 2021 issue with the title “Big Love and Huge Fits.” 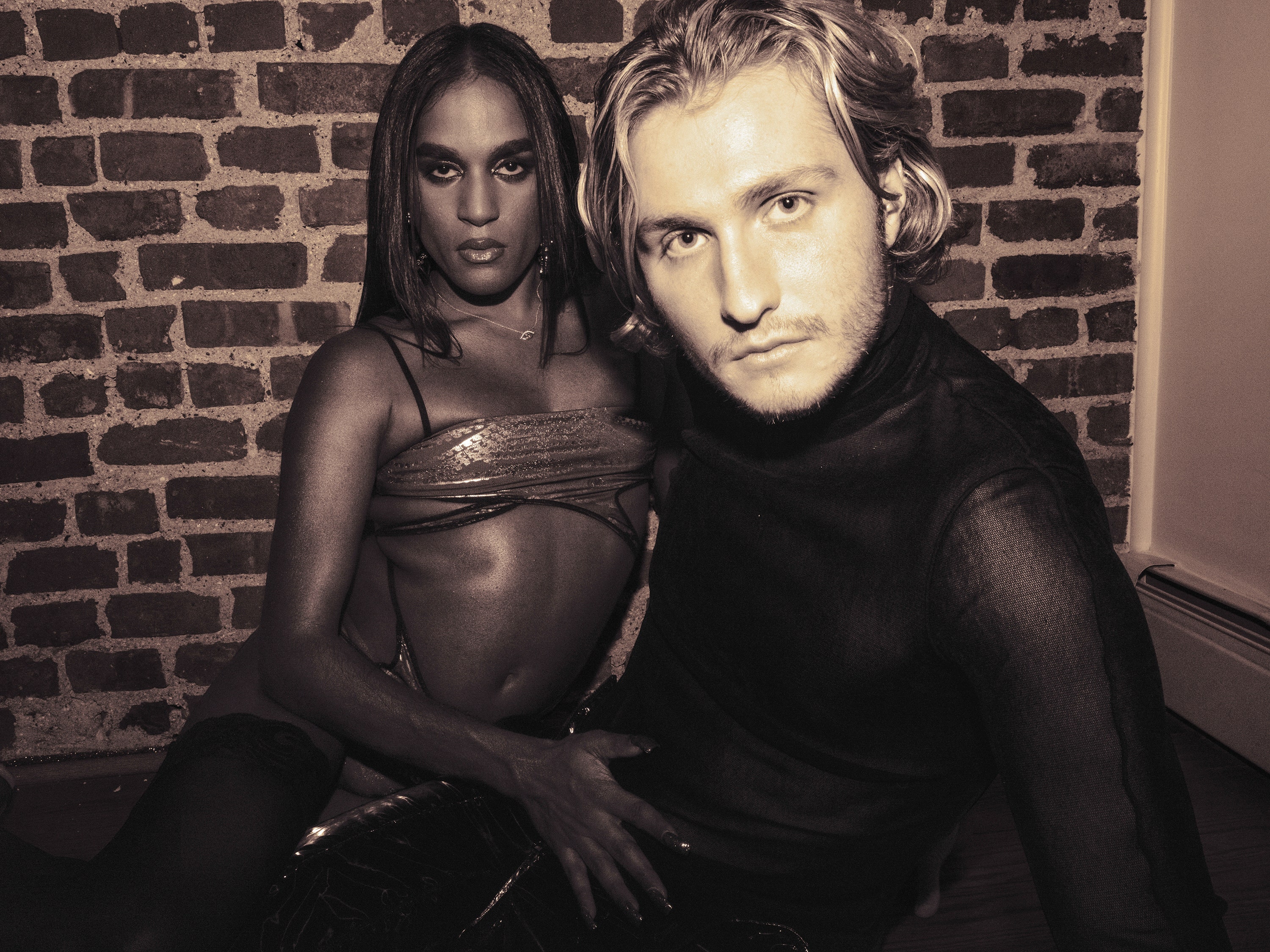