Basketball shoes are a constant in the sneaker world, but the kind of hoops shoe that makes noise has grown a little stale. There are the monthly Air Jordan sell-outs, of course, and the occasional performance sneaker that still manages to make some noise (shouts to Kyrie Irving’s Spongebob collection). But the hottest releases happening these days lean far more in the direction of Yeezys, Travis Scott collabs, and Nike Dunks than to old-school hoops retros like the Nike Air Raid or CB ‘94.

That looks to be changing. While old-school basketball sneakers getting the occasional rerelease here and there is no new thing, the return of a handful of forgotten silhouettes suggests a sort of critical mass for the trend. New Balance, Reebok, and Adidas are digging into their archives to bring back some vintage basketball silhouettes we haven’t seen in a while. These aren’t just one-off retros, either—most look to be key pieces in each brand’s plans for the year. By the looks of things, 2021 may be the year we see old-school basketball return to a high-up perch in the sneaker world.

New Balance got the movement off to an early start last year with a much-hyped collab with Aimé Leon Dore. After bringing us the kooky 827 Abzorb in the spring, the collaboration took a hard pivot and brought back a long-forgotten New Balance basketball low-top: the 550, which first debuted way back in 1989. ALD’s take on the shoe was a simple one: the colorways stuck to a two-tone theme with white uppers and lowers matched with basic monotone accents in red, green, and black. The magic touch came in matching that slightly-off white leather upper with a just-yellowed-enough sole, doubling down on the retro vibes.

The shoe was a hit—buy your pair now for $400-plus!—and sparked a wave, with New Balance bringing it back to its main line for the first time in ages. The initial drop saw three colorways sell out instantaneously, and nearly a dozen more are on the way—including the ‘1989, a pre-distressed incarnation. A push this wide sends a strong message: New Balance wants all eyes on the 550 in 2021. And with the brand having staked its claim as one to watch in the sneaker scene over the last couple of years, that decision feels all the more vital.

Similarly, 2020 saw something of a soft launch for Adidas’s Forum 84, a retro basketball sneaker that made waves back in the day as a status symbol thanks to a hefty $100 price tag. (Adjusted for inflation that’s a whopping $250 for a shoe you’d just end up scuffing up on the court). Boutique collaborations with Sneaker Politics, sivasdescalzo, and Heitor de Silva (whose take on the shoe utilized the time-honored tradition of adjusting a basketball shoe to suit a skater’s needs) came in small runs and sold out quick, paving the way for a larger launch going into 2021.

A high-top Forum 84 quietly dropped a couple days before Christmas last year, in a white and blue colorway that continued the trend of pre-aging, featuring a creamy lower paired with yellowed laces and trim on the upper. A low-cut silhouette in the same colorway followed. Both pairs flew off shelves, proving there’s still plenty of demand for the shoe nearly 40 years later. While Adidas is keeping its long-term main line plans for the Forum in 2021 quiet, a new collab with sneaker boutique Bodega was recently revealed. The shoe looks to be a major piece in their slate for 2021. 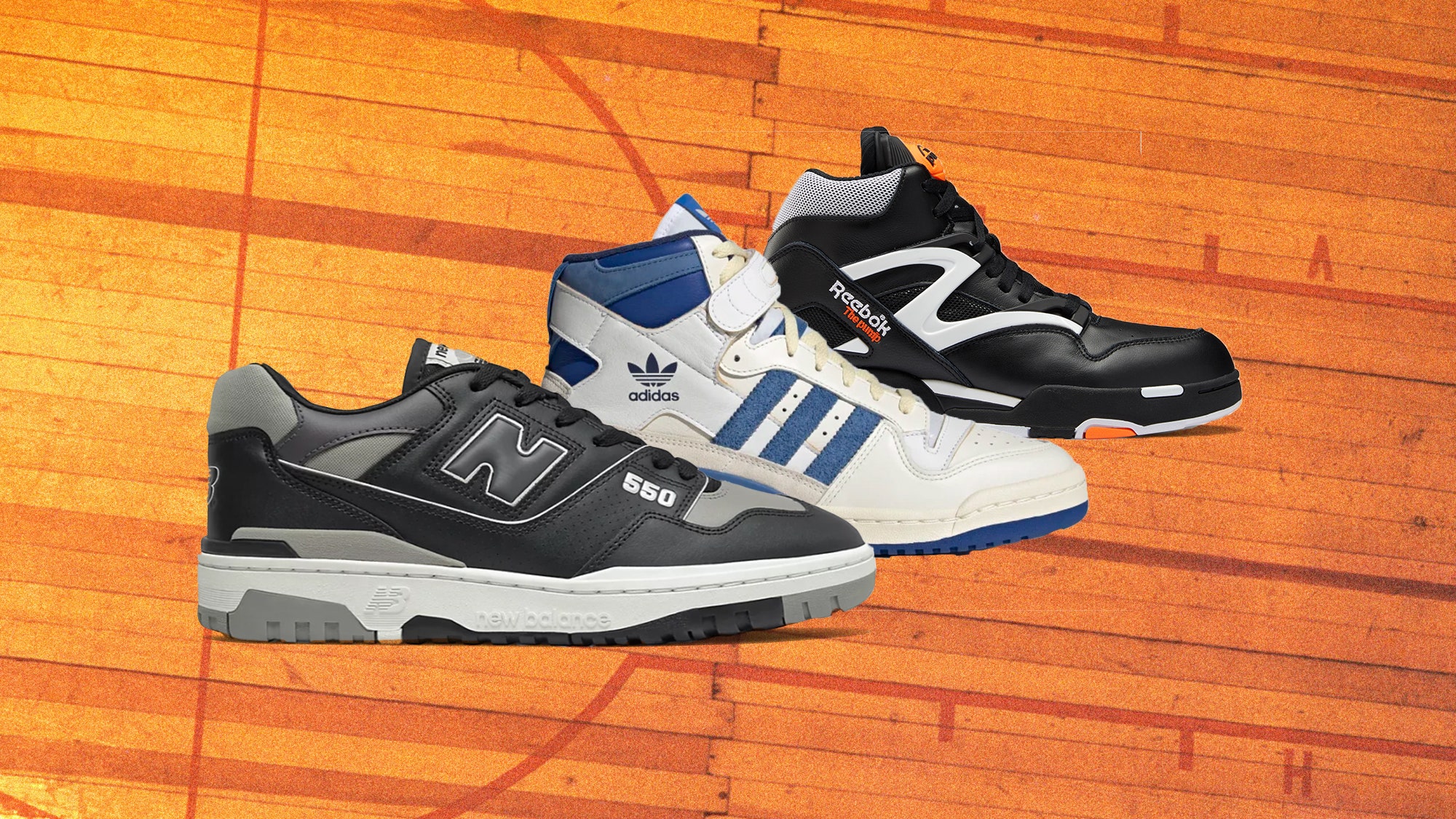