“I love your work,” Mikaela Straus, the 22-year-old musician known as King Princess, once impulsively sent into the direct-message abyss while staring longingly at Quinn Wilson’s Instagram avatar. For her part, Wilson, the 27-year-old, Minneapolis-born director, had recently been introduced to Straus’s music through a friend. “I was not flirting,” says Wilson about her swift reply, which read, “Hi, Miss King.”

In a matter of days, the two moved their conversation off-screen and to a small restaurant in Silver Lake, Los Angeles. Straus recalls being struck by how cute Wilson looked when she arrived in “just a sweatshirt and big glasses.”

In retrospect, Straus is pretty sure that her relationship with Wilson owes to a single crucial moment—one “iconic move,” as Straus describes it. The two were on their second date, at a bar tucked away on Santa Monica Boulevard, when Straus felt Wilson, out of nowhere, reach out and grab her yellow Adidas rain jacket. Wilson remembers her own assertiveness that night too. “I just wanted my ass to be in her lap!” she says with a laugh.

That moment was two years ago. Wilson had been living in Los Angeles for a couple of years and was beginning to garner respect in Hollywood for her artistic sensibilities while working alongside Lizzo, for whom she’d eventually become creative director. The couple are recalling their beginnings over Zoom, sprawled out on their bed with their dog, Raz, between them. Behind them, along an entire wall, is their shared closet—the contents of which also factored into the courtship. “[Quinn’s] style is the reason I fell in love with her,” Straus admits, gesturing toward the clothes. From my vantage point, I can spot a green Gucci suit and a neon orange puffer. Straus, who describes her aesthetic as “basketball player off duty,” says that Wilson’s influence has been transformative: “My style is much better now, and everyone in my life has noticed it.”

The same union of taste is evident in the music video for Straus’s single “Pain,” which Wilson directed. The project draws visual inspiration from the videos for Weezer’s “The Sweater Song” and Madonna’s “Human Nature,” featuring King Princess being put in a headlock, shot with an arrow, tattooed, and licked by a series of women, between clips of her performing, unfazed, in a loose-cut suit. The almost four-minute work centers queerness in a way that feels somewhat reminiscent of their love, and at the same time momentous for mainstream pop. “I think that the way we work together is symbiotic,” explains the musician, while noting the challenges that inevitably arise from such close collaboration. “It’s a true partnership.” 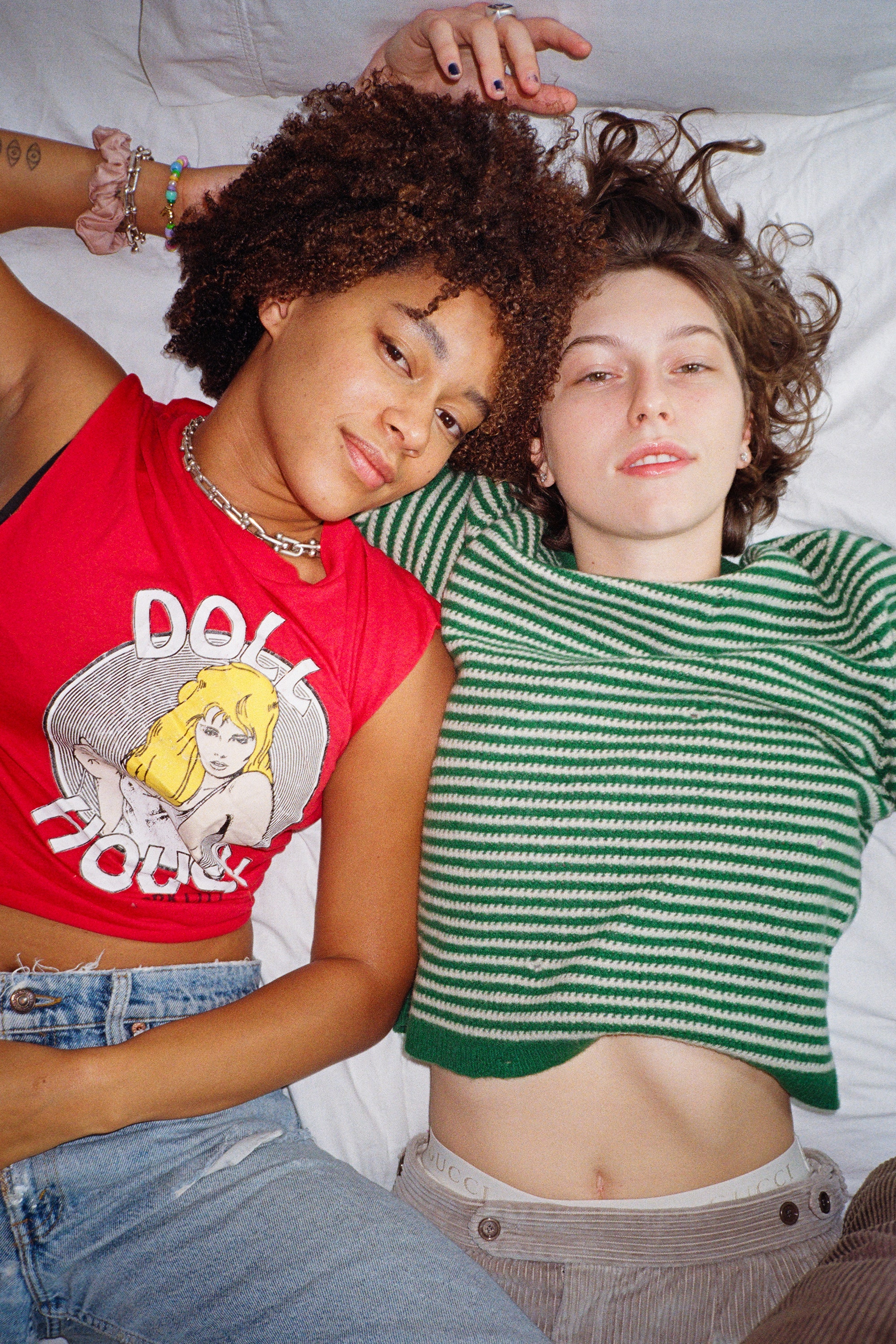