To understand the cosmic bond between streetwear designer Melody Ehsani and her husband, Flea, gaze upon photographs of their 2019 wedding, where you’ll see the Red Hot Chili Peppers bassist in a lilac double-breasted Undercover tuxedo with a mint green bow tie and Ehsani in a nude fishtail gown appliquéd with a garden of white sequined lilies. It wasn’t, from a style standpoint, a “day for her” or a “day for him,” but instead a day for two major matrimonial fits, freaking it in glorious tandem.

“What I was looking for in a partner was mutuality,” says Ehsani, who launched her eponymous streetwear label in 2008 and will be curating footwear collections and designing capsule collections with Foot Locker over the next two years. “Somebody that wasn’t really in competition with me, and encouraged me to be my whole self.”

“One of the things that drew me to Melody really intensely,” adds Flea, “was her strength, and her passion, and her unwavering commitment and belief that manifests in every part of her life.” Flea, who also acts, produces, runs a nonprofit, wrote a best-selling memoir last year, and is now working on a novel, is “not someone for whom any of my interests are, like, passing fancies.” Ehsani is equally obsessive, he says: “This woman is a powerhouse!”

Still, that has its challenges: “I’m a spoiled rock star,” Flea explains. “I’m used to having managers and people working for me doing what I want, and getting me what I want.” Sometimes, he adds, “I want someone to sit there and mommy me through all my stuff.”

The couple—who call each other Mook—acknowledge that they like to fight. After meeting at a gala for Flea’s nonprofit—his pickup line was “Do you want to start a two-person book club?” which, well, she did—they married just 13 months later, without having cohabited, ever. Flea credits Ehsani with “a real emotional, spiritual development.” They have “enough faith in the entity,” he says, “and the sacred bond of the relationship in itself, to be mad at each other. It’s okay to walk away and reflect on it and come back.”

It’s in matters sartorial that they find more traditional marital bliss. Flea has a Technicolor bizarro-dream sense of style—surely you’ve seen images of his legendary stuffed-animal pants and noticed that his hairstyle has as many varieties as children’s cereal. He’s just as well known for performing naked. “I love suits,” he says. “The birthday suit is a suit. I like things that match—the nude form matches.” 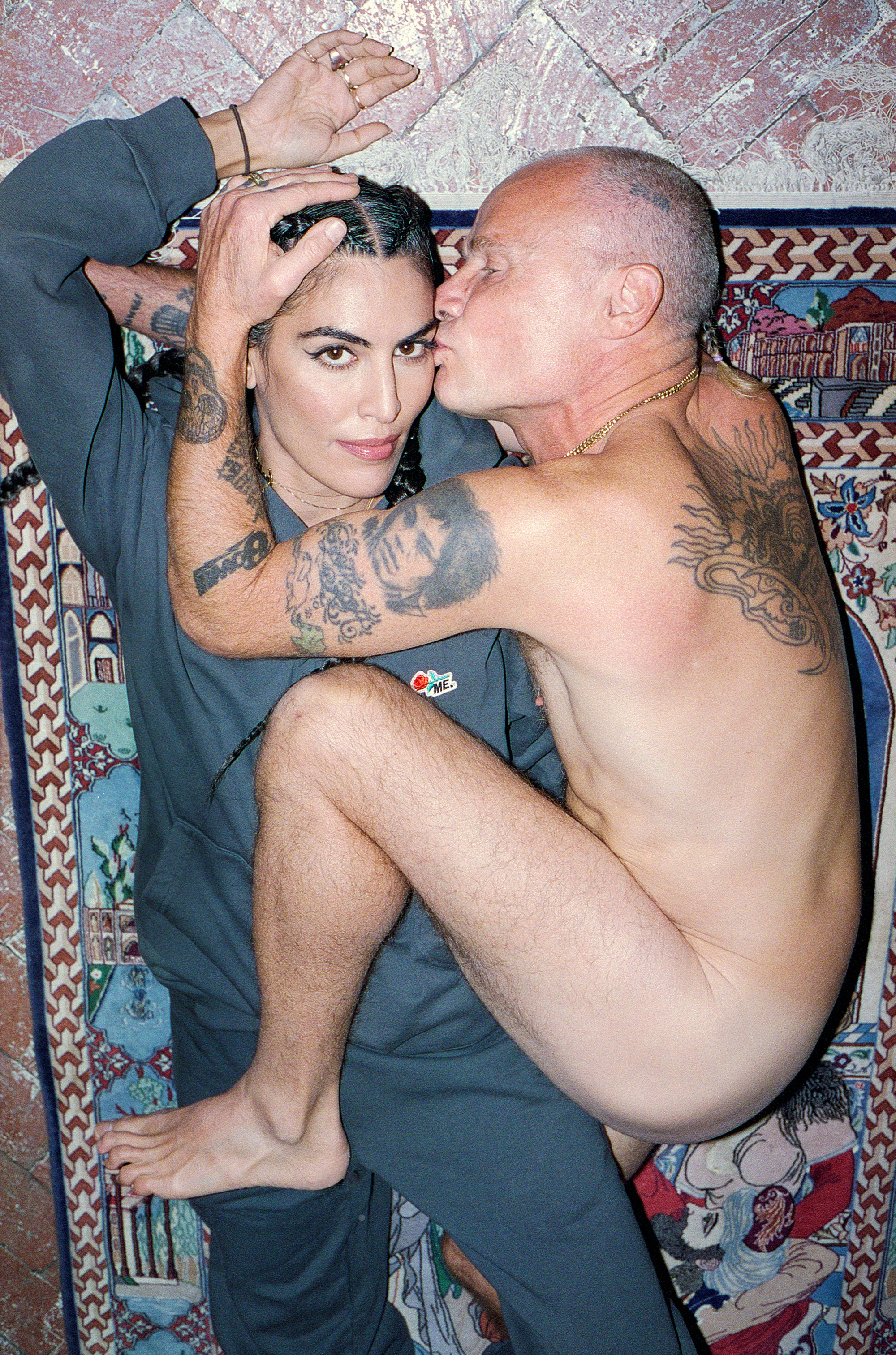