During the coronavirus pandemic, legions of men are experiencing long hair for the first time. Plenty of dudes have embraced the kitchen buzz cut, but it seems like even more simply stopped going to the barber in March and gave their mane daily permission to just kind of do its thing—until its thing demanded too much attention to let alone.

This has inspired a lot of beanies on Zoom and some admirable improvisation. A friend recently told me the scariest story I have ever heard: before an interview, a man she knew would style back his hair by holding a ponytail in a tight fist for 30 minutes prior to what ever event required his hair not touch his shoulders. Unfortunately for all of us it worked—his hair remained in a chokehold for the duration of his interview.

But it’s clear that men need help putting up their hair. And sure, a simple messy bun is always an option, but it’s possible to have so much more fun than that. We recommend learning from the icons—everyone from Jay Z to Harry Styles—who have figured out a style that truly works for them, then starting with these nine hair accessories.

If you’ve ever used hair ties—or dated someone who does—you know that these indestructible things have a way of spreading into every nook and cranny and surface. The odds are reasonably high that there is a hair tie in the room with you right now. Wearing one doesn’t take a ton of effort: Simply root around until you find one, then loop it around a section of your hair, tightening the loop by making a figure-8 shape until it fits snug around your new ponytail. (Or buy a pack, if you must!)

If you’re committing to the hair tie life, it’s worth seeking out one that’s gentle. A too-tight tie can leave an unsightly fold even in fine hair; those with curlier, coarser hair can experience breakage. The clear InvisiBobble is a coil-shaped loop that sits softly, quietly wherever it is placed and does not move until you ask it to.

I’ve always thought David Beckham’s shoulder-length-bleach-dipped hair looked best pushed back into a wave band. He’s wearing his hair much shorter these days, but these are due for a comeback nevertheless.

The barrette—a catch-all term for a hair clip or clasp—has entered the fashion designer’s imagination, and the resulting affair continues to produce fancy, cool-looking hair clips (and subsequent fast-fashion cheap-os). I think it’s particularly interesting when a jewelry designer like Sophie Buhai accepts the challenge.

What? Why not? There is virtually no difference in engineering between a purpose-built hair clip and the clips designed to keep potato chip bags closed. Please don’t buy one that’s obviously labeled QuikSave or something; look around for something fun. This one oinks!

I worked at Anthropologie between 2010 and 2016, spending most of my shifts trying to locate missing fancy hair ties from broken sets of five. It was there I learned how great these Emi Jay elastics were. They’re sold in every shade of the visible spectrum, but I like the muted, autumnal ones most.

A lot of guys probably don’t realize that, before Jason Momoa wore one to the Oscars in 2019, scrunchies were more of a teen girl thing.

Fold a silk scarf into a triangle, place the hypotenuse against your forehead, and tie the opposite corners together at the nape of your neck: This will protect the delicate texture of your hair while keeping it out of your face. (Unless you’re dressing up as David Foster Wallace for Halloween, don’t be tempted by a cotton bandana! They’ll suck the moisture out of your hair.) Hermès is obviously the big classic, but vintage Moschino is easier to find on the relative cheap.

Hair accessories are difficult to wield. Those who master them are considered, as a result, some of the most stylish people alive. (See: Harry Styles.)

Hair product is a lot easier to use, and is also less obvious if you pick the right stuff. There’s a whole world of creams and pastes that will keep your hair brushed away, out of your eyes. One that’s worth a special mention, particularly for curly or coarse styles, is Pantene’s Gold Series. It is stocked in almost every corner of America, and the styling suite they launched last year—including an argan oil-infused curl spray and braid cream—works to hydrate hair into malleability. I have found that the more moisture you give your hair, the more likely it is to surprise you by looking effortlessly good at random times.

How to Grow Your Hair Out

Let it rock. (And get strategic haircuts along the way.) 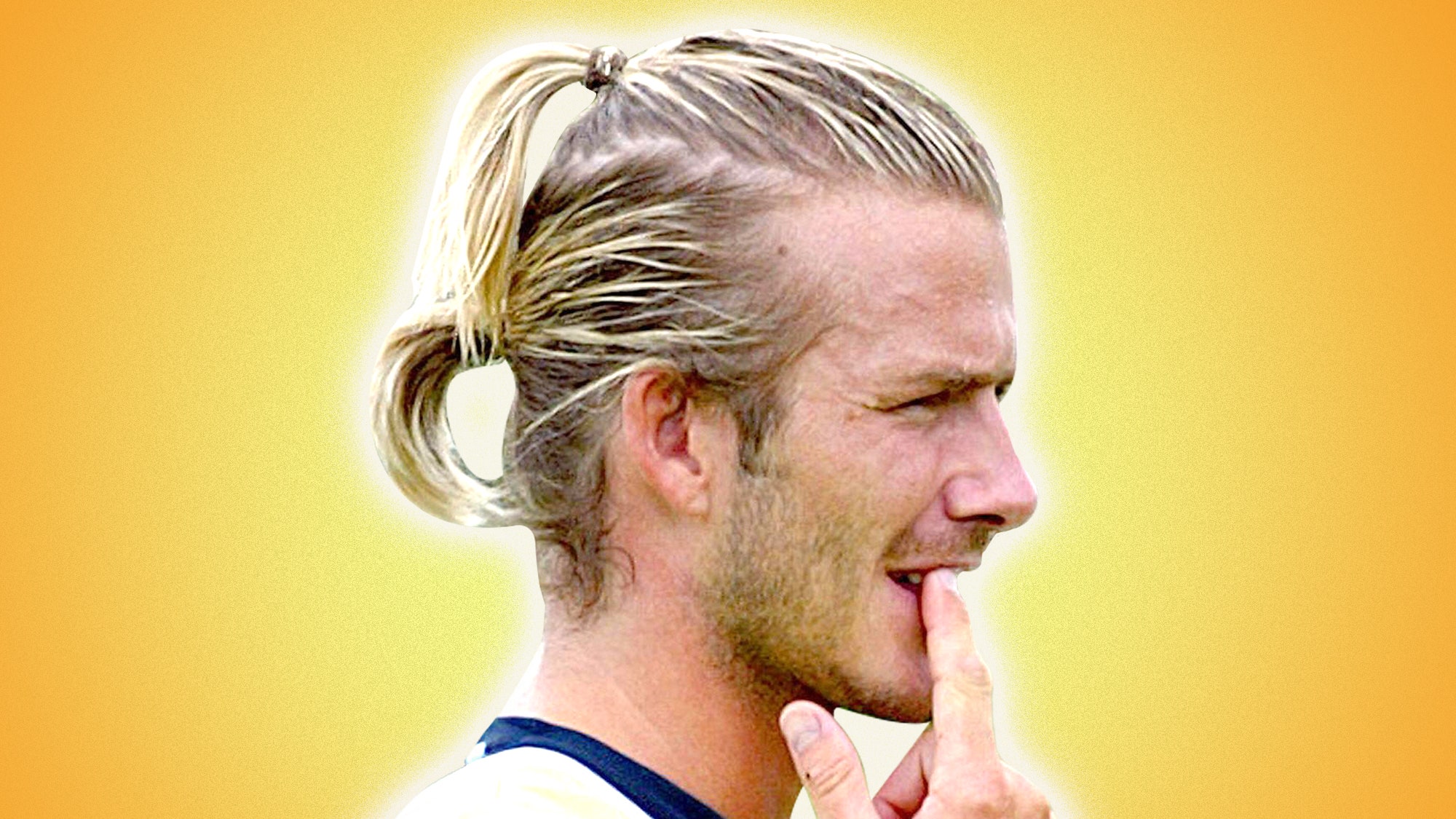