There are a couple things you have to do after winning a Super Bowl. Obviously, the victor has to go to Disney World, as they have every year—and as Grink did this time around. If you are the imbibing type, as Tom Brady is, you should proceed to have a few brews. And the last rule? Joining you on this victory tour should be a very nice watch. Last year, Patrick Mahomes celebrated his first Super Bowl wearing a Rolex Yacht-Master. The year before, Brady wore an IWC Timezoner during the parade after beating the Los Angeles Rams. (He’d wear the same watch just a couple months later while signing his new contract with the Tampa Bay Buccaneers.) This time around, while trading parade floats in for boats and flinging the Lombardi Trophy from one dinghy to another like it’s merely a can of Miller Lite, Brady brought out a different watch. The 2021 Super Bowl MVP and IWC ambassador went with the brand’s Top Gun Chronograph, a watch developed for “the elite among the US Navy’s jet pilots,” according to IWC. It’s a watch Brady already owned, and one he’s clearly smitten with. He told GQ in an interview last summer that he owns multiple versions of the Top Gun. He’s already said that the Timezoner he wore during the 2019 parade has “been a part of some big moments in my life. So that’s going to be in the collection forever.” Slot this Top Gun into permanent-collection status now, too. Also this week, the Rolex Megan Rapinoe bought for Sue Bird and Kevin Hart wearing one of the coolest Audemars Piguet Royal Oaks in existence.

Brady’s watch comes in IWC’s signature pilot’s watch style. The dial features highly legible hour markers and the brand’s unmissable triangle at 12 o’clock. The watch’s ceramic case and fabric strap are designed to endure all elements. Seriously: One of the Top Gun’s benefits is that its case was specifically made for pilots spending long periods of time on aircraft carriers, where salty sea air could ravage a watch made of inferior materials. A watch built to withstand time out on the open waters, you say? Brady really is always a step ahead.

Honestly, what’s the point of being a World Cup champion and American hero if you can’t splash out on gifts for the ones you love? During their GQ Couples Quiz, Megan Rapinoe asked Sue Bird to name her favorite accessory. The answer: her Rolex, which would have been obvious to readers of this column! Rapinoe is a big fan of the Rolex Explorer she owns. She isn’t the only Rolex owner in the couple, though. Bird revealed that Rapinoe bought her a Rolex, too. “She got this for me,” Bird says. Rapinoe, completing the thought with that special synchronicity that makes a couple worthy of a joint cover, added, “Post-World-Cup splurge.” Take notes, procrastinating Valentine’s Day gifters: a gold Rolex Day-Date is always a good present.

Audemars Piguet’s recent forays into ceramic have yielded fantastic results. The combination of the openworked dial and the perpetual calendar function gives the wearer a whole lot to take in here. Working with ceramic is said to be incredibly difficult, taking many more hours to get right than something like stainless steel, but is well worth the payoff. Watches made of ceramic are light, but also so tough they’re basically resistant to scratches.

Serena Williams wearing a watch—an Audemars Piguet watch at that—during live matches isn’t necessarily new. We’ve gotten used to her taking the court in her custom-made white-and-gold Royal Oak Offshore, the one with the crown on the left side so it doesn’t dig into her wrist during matches. This watch, however, is new. At the Australian Open, Williams has been wearing an Offshore Diver model that she’s clearly working around. As ace watch spotter Nick Gould points out, she’s wearing the watch on her right wrist when she normally goes lefty, and has even started wearing a pink band to defend her skin from the pusher sticking out from the watch.

H.E.R. performed a righteous, guitar-shredding version of “America the Beautiful” at the Super Bowl She also wore an excellent watch in the process. H.E.R.’s trusty Rolex Datejust with a gem-set bezel was by her side on the big stage. The watch has a fun and fittingly patriotic dial with stars standing in as hour markers. It’s always a treat to see Rolex loosening the reins a little. 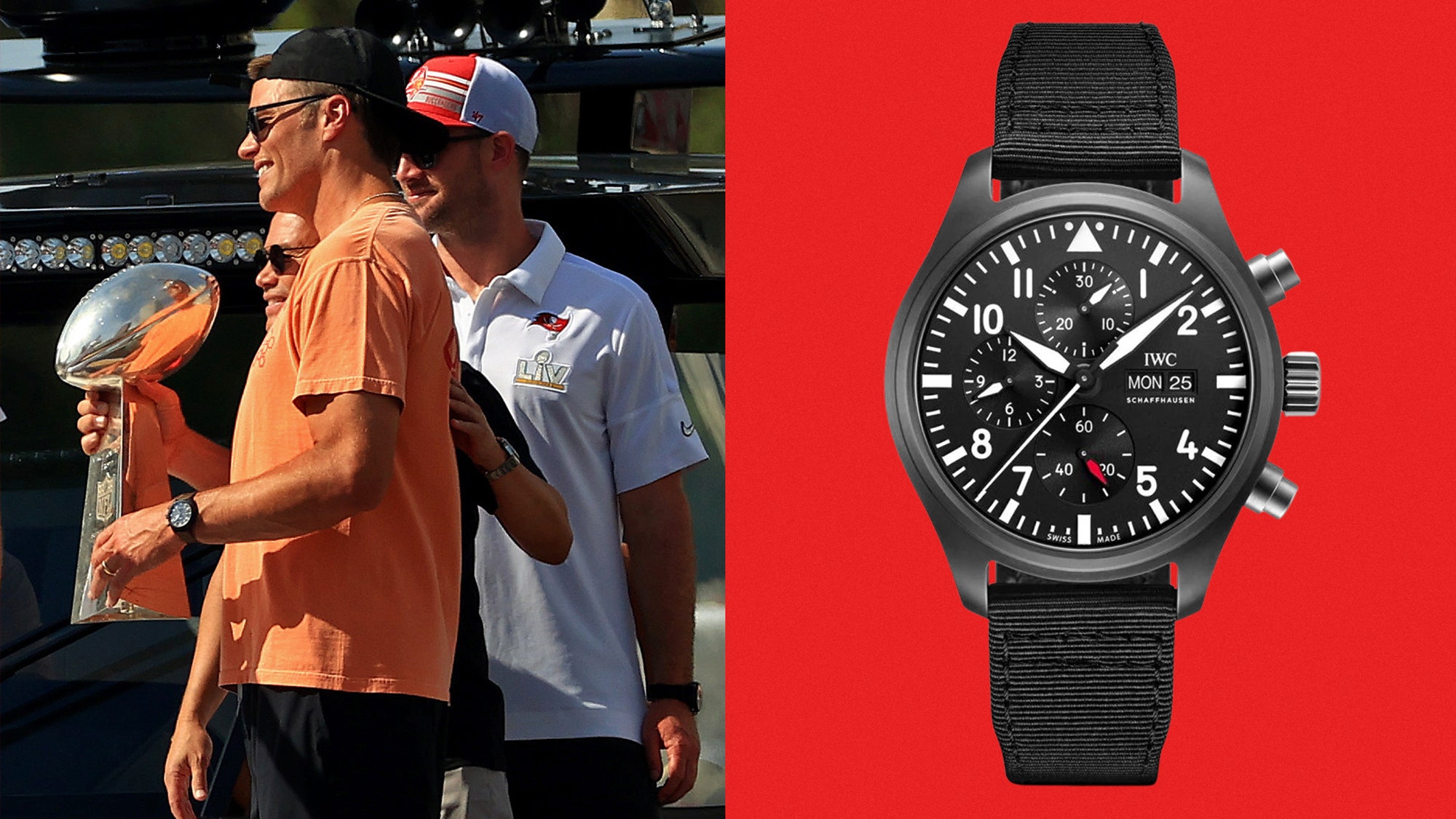