Along with archival photography, Jones also studied documentaries such as 1971’s The Murder of Fred Hampton and spoke to Hampton’s fiancée, Akua Njeri, and his son, Fred Hampton Jr. She and director Shaka King realized they had enough material to recreate Hampton’s looks as faithfully as possible. “He wears his crewneck sweatshirt a lot. He wears white Ts a lot. Just really simple silhouettes. Mock necks, the corduroy jacket,” she said. “When I found the duck camo bucket hat, that was a key piece, because that’s in a documentary that a lot of people haven’t really seen. It was just about bringing out those elements for his character.”

There were other Panthers whose individual style she wanted to highlight as well, like Bobby Rush (Darrell Britt-Gibson). “All the photos I saw of him, he felt very mod. He was also a bit older than everyone,” Jones explained. “We have photos of him in that fisherman chunky cable sweater with the jacket.” Meanwhile, the younger Jimmy Palmer (Ashton Sanders) was envisioned as “the coolest Panther you’ve ever seen.”

And those leather jackets did eventually come into play. Jones and King decided it would be time to hold off on introducing them after Hampton is jailed and then released. “It was a distinct and clear choice. The people around don’t really start wearing leather until then, either,” she said. “It signified, creatively and visually, a maturation of the party.”

When it came to the character of O’Neal, the FBI informant, Jones had much more artistic license, as very little footage or photography exists of him. She used his clothing to telegraph his agonizing split between two worlds: enmeshing himself with the Panthers, and then meeting with and getting orders from FBI agent Roy Mitchell (an especially menacing Jesse Plemons).

“We start seeing him emulating Palmer. When he’s not wearing his Panther costume, he’s wearing these awesome spread collar shirts with all these amazing beautiful stripes and details, and striped bell bottoms and Beatle boots,” Jones explained. “At the end, he’s wearing this jade suit and a leather peacoat and we talked about the combination signifying him really not knowing who he is. Is he a Fed? Is he a Panther?”

One place she looked to when developing O’Neal’s look is GQ—specifically the March 1969 issue. One spread, titled “The Coachman Comes Back,” consists of double-breasted suits layered over turtlenecks; this was used for inspiration when O’Neal meets with Mitchell at a restaurant and his final betrayal of Hampton is put into motion. He’s wearing a burgundy turtleneck under a double breasted khaki suit.

The O’Neal look inspired by the issue.

“The first time we see him in a suit, he’s got on a collared shirt and a tie. Then, the second time we see him he’s got on a turtleneck and a suit. It’s a bit more suave and GQ. He’s kind of, again, teetering this line between Am I a Panther? Am I a Fed?” Jones explained. “He has those sunglasses on. He’s just really feeling himself in that moment. Then he completely gets broken down.” 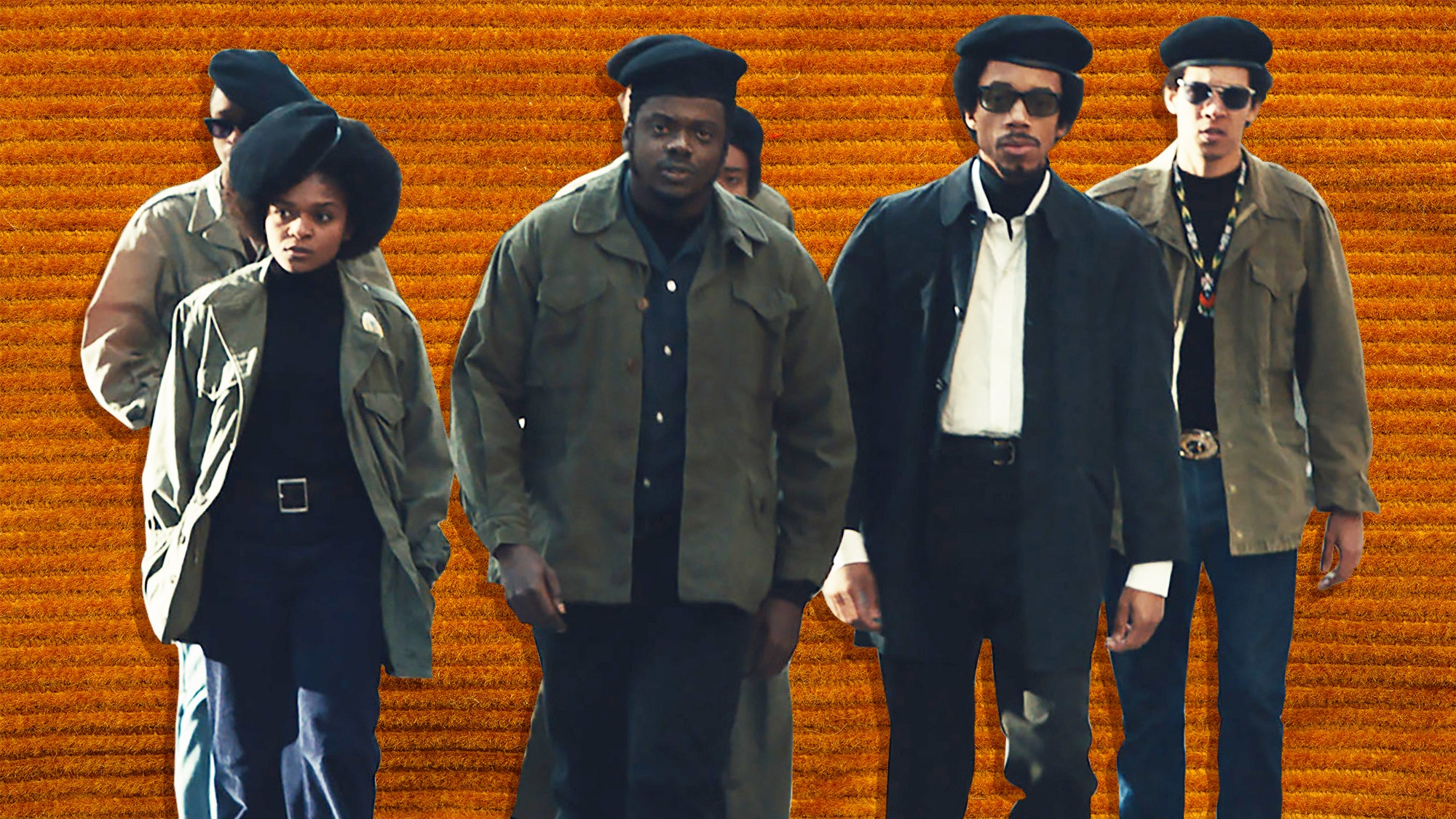