The evening of August 26th, in a Walt Disney World hotel ballroom inside the NBA Bubble, hundreds of players and coaches convened for a meeting in response to the police shooting of Jacob Blake, a 29-year-old Black man from Kenosha, Wisconsin. Leading the group was the president of the NBA Players Association, then–Oklahoma City Thunder guard Chris Paul, one of the most vocal of a generation of players who had started to display messages of social justice on the backs of their jerseys. Paul, who in recent years has used his clothes and shoes to show support for HBCUs and the Black Lives Matter movement, had chosen a simple message for his jersey: “Equality.”

With his outfit during the meeting, he might have also been making a statement about race in another arena. An avid golfer, Paul wore three pieces by Eastside Golf, a Black-owned streetwear brand aimed at broadening the appeal of a game with a long history of racism and elitism. As he made his way around the Bubble in his gray Eastside sweatshirt, white tube socks, and blue limited edition Tournament hat, the brand gained traction on Instagram. “The cameras are glued on him and he’s wearing our stuff,” says Earl Cooper, Eastside’s brand ambassador. “He’s representing so many of our values to the world at once: golf, streetwear, social justice, and who we are as African-American men. From a fashion perspective that exposure just launched us into a whole different stratosphere.”

Founded in 2019 by Detroit-based aspiring pro golfer Olajuwon Ajanaku, Eastside has come to be embraced by other pro athletes and celebrities, including former Yankees pitcher C.C. Sabathia, Black-ish star Anthony Anderson, and 2 Live Crew founder Luther Campbell. Part of the appeal comes from its logo, which conveys the brand’s identity with powerful simplicity: a young Black man dressed in a sweatshirt and jeans with a gold chain around his neck and a club in mid backswing. It’s an image that adorns nearly every product they sell—sweatshirts, hats, T-shirts, ball markers, and socks—and though it might look like a rebuke of the well-worn image of the conservatively dressed white country club golfer, Ajanaku, who is 31, says the idea is more personal than that. “It’s supposed to be me,” he says. “I always wear gold chains, sweatshirts, jeans, and some fly shoes. It’s the way I want to look on the golf course or at a bank job, but I know that I really can’t. I want to look like myself everywhere I go.” 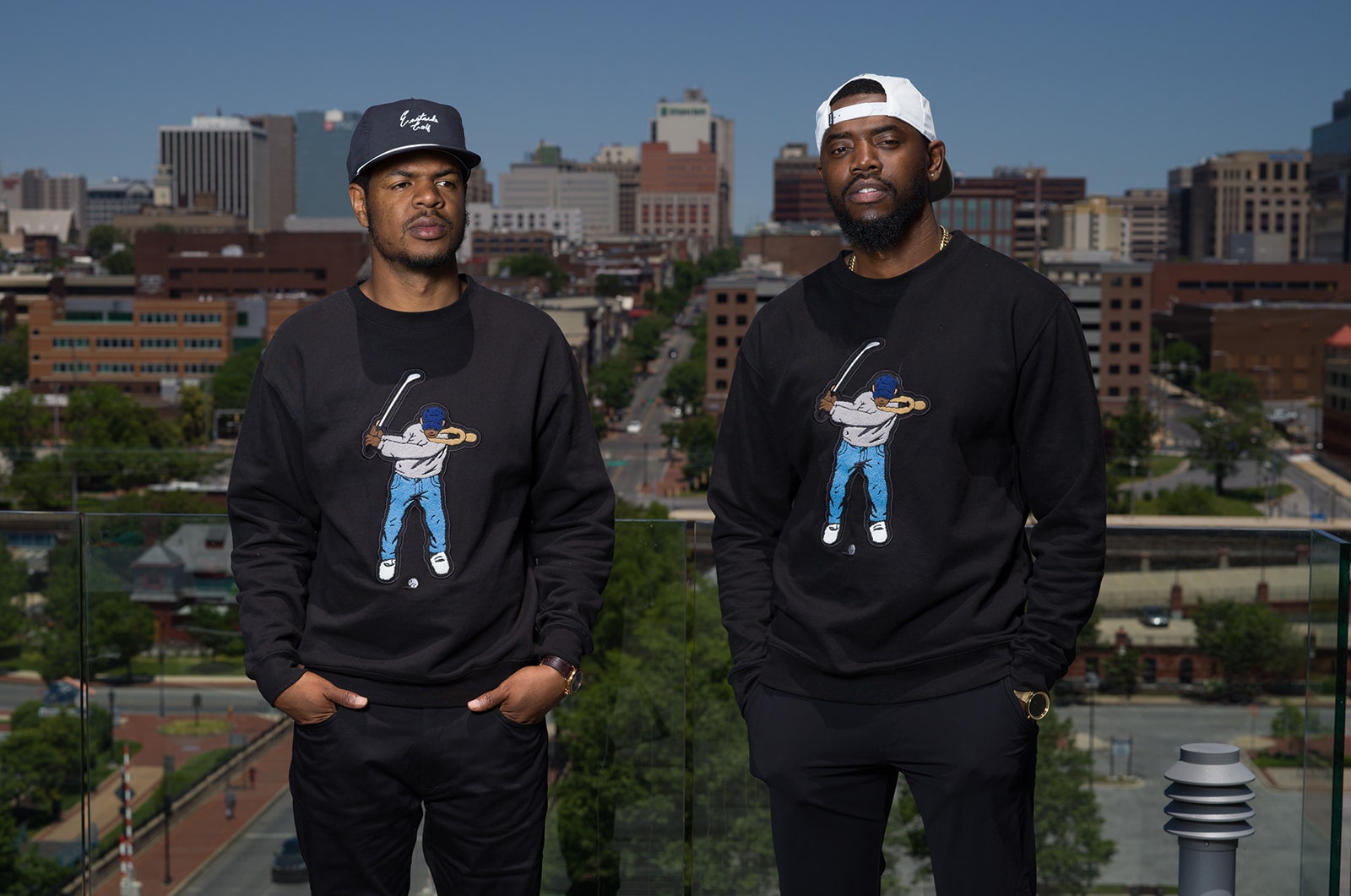