Donald Trump’s second impeachment trial began earlier this week, this time for charges of “incitement to riot;” the prosecution wrapped its case Friday morning. Although he’s out of the White House, if he’s convicted this time around Trump would be barred from running for office again. But while Senate Republicans were ready to acquit Trump before the trial even started and nothing seems to have changed on that front, we’ve still learned more details about the riot from the evidence, video and otherwise, presented by the prosecution.

The rioters got even closer to their targets than we realized. When House impeachment managers presented evidence on the first day of the trial, they brought previously unreleased security footage that showed just how close senators and members of Congress got to a mob that killed five people. Eric Swalwell, one of the impeachment managers, told senators, “You know how close you came to the mob. But most of the public does not know how close these rioters came to you.”

In one video, Capitol Hill officer Eugene Goodman is seen directing Mitt Romney, the only Republican Senator who voted to impeach Trump the first time around, to turn around and run the other way, shortly before Goodman’s now-famous confrontation with rioters in which he distracted them away from the Senate chamber. Top Senate Democrat Chuck Schumer had a near run-in of his own in the hallways, missing the mob by “a few yards.” Still another video shows then-vice president Mike Pence (the primary focus of Trump’s rage on January 6th) coming within a few hundred feet of the crowd. Republican senators called the videos “overwhelmingly distressing” and a “very effective” tactic by the impeachment managers.

The rioters thought they were doing what Trump wanted them to do. A key element of the trial is the question of whether Trump incited the insurrection. The impeachment managers presented videos of rioters proclaiming that they’re storming the Capitol and overthrowing the election because Trump told them to: saying things like, “We were invited here,” or “Trump sent us,” or “He’ll be happy. We’re fighting for Trump.” Lead prosecutor Jamie Raskin told the Senate, “When Donald Trump tells the crowd as he did on January 6 to ‘fight like hell, or you won’t have a country anymore,’ he meant for them to fight like hell.” And separately from the impeachment trial, it emerged this week that on November 9 a member of the far right militia group the Oath Keepers had texted that “if Trump wants me to come, I will.”

Trump knew Pence was in danger just before he tweeted a condemnation of him. At 2:24pm on January 6th, Trump tweeted that “Mike Pence didn’t have the courage to do what should have been done to protect our Country and our Constitution.” Video footage shows that Pence was evacuated at 2:14pm. And thanks to newly elected senator Tommy Tuberville of Alabama, we now know that Trump was made aware that Pence was in danger shortly after 2pm. Trump had called Tuberville to encourage him to somehow stall the election certification. But at that point, security was responding throughout the building and Tuberville ended the call saying, “Mr. President, they just took the vice president out. I’ve got to go.” Shortly afterwards, Trump, knowing that the mob was inside the Capitol and that Pence was being moved for safety, hit the tweet button.

The vice-president has his own “nuclear football.” In security footage of Pence’s evacuation, military officers carrying what appears to be a nuclear briefcase can be seen just behind him. Slate reports that “the vice president does move with his own Football,” and the practice began with Jimmy Carter’s presidency. If the rioters had gotten hold of Pence, could they have somehow launched nuclear weapons? Unlikely: The nuclear satchel doesn’t carry a device with buttons to push, but rather phone numbers to call, encryption technology, and a passcode. 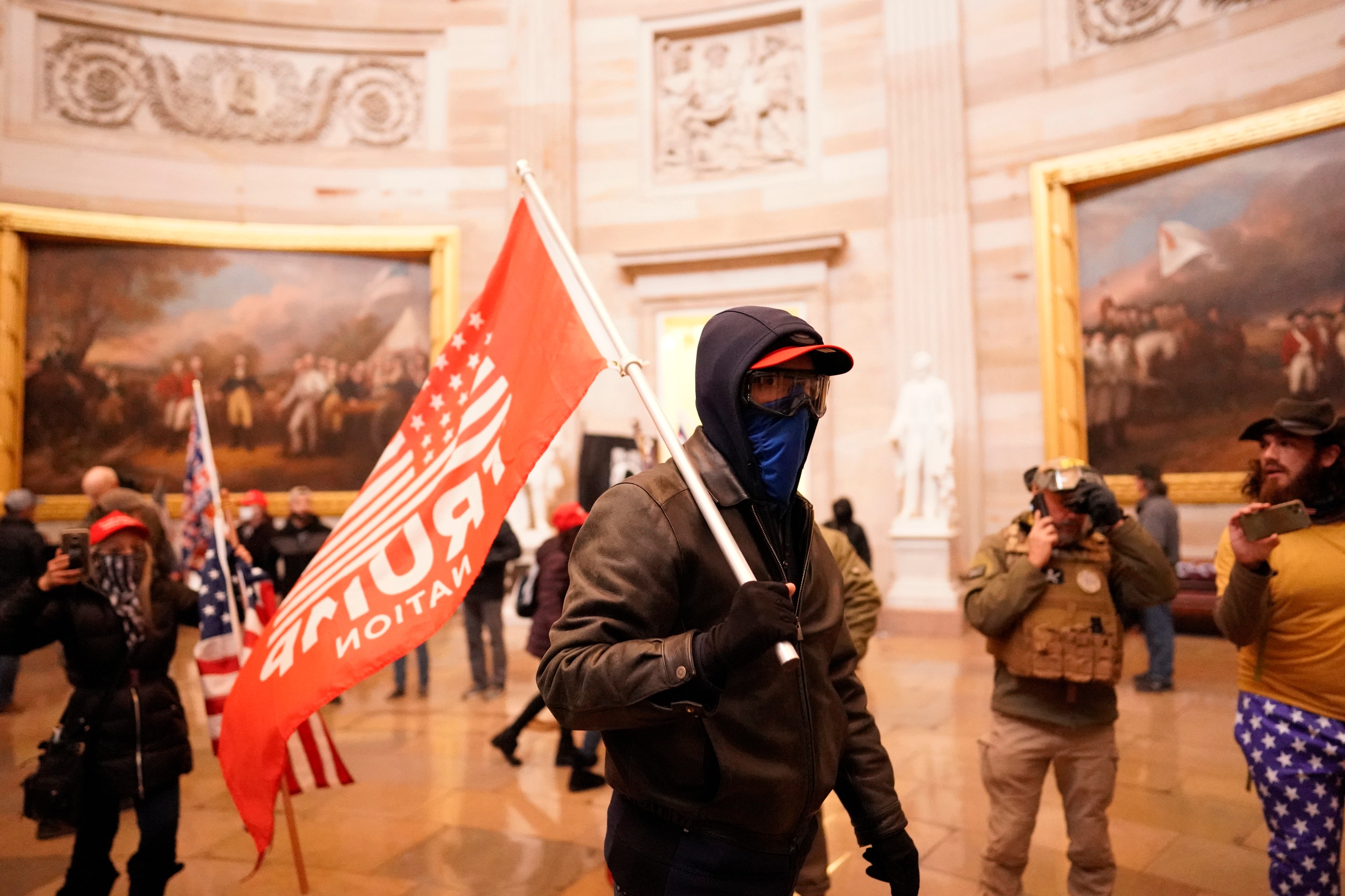