This is Wait, What?, a column that explains the seemingly incomprehensible.

This week, Bruce Springsteen—America’s boyfriend and also its dad—has been making exclusively vehicular-related news. No, it’s not because the country is remembering en masse that “Racing in the Street” is a perfect song about car parts and broken dreams. On Sunday, the Super Bowl premiered Springsteen’s first commercial ever, an ironically polarizing Jeep ad. A few days later, it was revealed that the Boss was arrested for a DWI charge. Wait, what? [Bruce Springsteen enthusiastic interjection voice] Yeah!

Let’s break it down, ‘cause tramps like us, baby we were born to … write digestible summaries of convoluted news stories.

Can we start with the Jeep ad?

On Sunday night, during what I was informed was the “Super Bowl,” a Jeep commercial called “The Middle” featured Springsteen opining about centrism in a rural church in the exact center of the country. After decades of not doing any product advertising, the Boss lent his image, his music, and his two jackets to a call for unity, healing, and JEEPS! Many longtime fans were crestfallen at the message and the inexorable march of time that had brought us to 71-year-old Bruce Springsteen doing Americana cosplay in a Jeep.

In some sublimely suspicious timing, TMZ reported on Wednesday that Bruce was busted back on November 14th for a “DWI, reckless driving and consuming alcohol in a closed area.” Because this occurred in a national park, specifically the Gateway National Recreation Area in Sandy Hook, New Jersey’s favorite son will be tried in federal court.

Exactly—Keith Richards he is not. The man has never been a hard partier, which might explain why he has an AARP card and can still pull off vigorous, three-hour-long stadium shows. As his bandmate and our nation’s foremost banada connoisseur Little Steven told Rolling Stone in 2012, “He’s a living example of what happens when you never do drugs your whole life. I mean, I’m sure he’s taken a drink or two a few times in his life, but he was never a drinker either.”

So, yes, if the idea of him doing some out-of-control drunk driving sounds fantastical—it might be.

So what actually happened on November 14th?

This is where things start to get murky. According to the Asbury Park Press, Springsteen’s blood alcohol content was just .02 when he was arrested, which is a quarter of the New Jersey legal driving limit of .08. The paper also reports that “Springsteen has no prior DWIs, traffic or parking tickets or other charges in New Jersey listed in municipal court records.”

The New York Post has a report that makes the whole incident sound even more ridiculously trivial:

The “Born to Run” icon, 71, had been riding his motorcycle on the peninsula on Nov. 14 when he “was spotted by fans who asked him to pull over and take some pictures,” according to a source close to Springsteen.

“Bruce stopped, took the pictures, then a fan offered him a shot of liquor, which he took, while sitting on his bike, which was stationary,” the source said.

“Park Police saw what happened and they immediately pulled Springsteen over as he drove away.”

Whoever that park cop is, he’s about to be the most hated man in New Jersey.

And you can actually get charged with a DWI even if your BAC isn’t above the legal limit?

GQ has contacted the U.S. Attorney’s Office in the District of New Jersey for more information on this. But Springsteen’s court appearances are scheduled to take place starting later this month.

Which leaves us where with Jeep?

Ah yes, back to Jeep. After news of the DWI broke, the company pulled the two-minute spot from its Twitter feed and Youtube page and released the following statement to The New York Times: “It would be inappropriate for us to comment on the details of a matter we have only read about and we cannot substantiate. But it’s also right that we pause our Big Game commercial until the actual facts can be established. Its message of community and unity is as relevant as ever. As is the message that drinking and driving can never be condoned.” 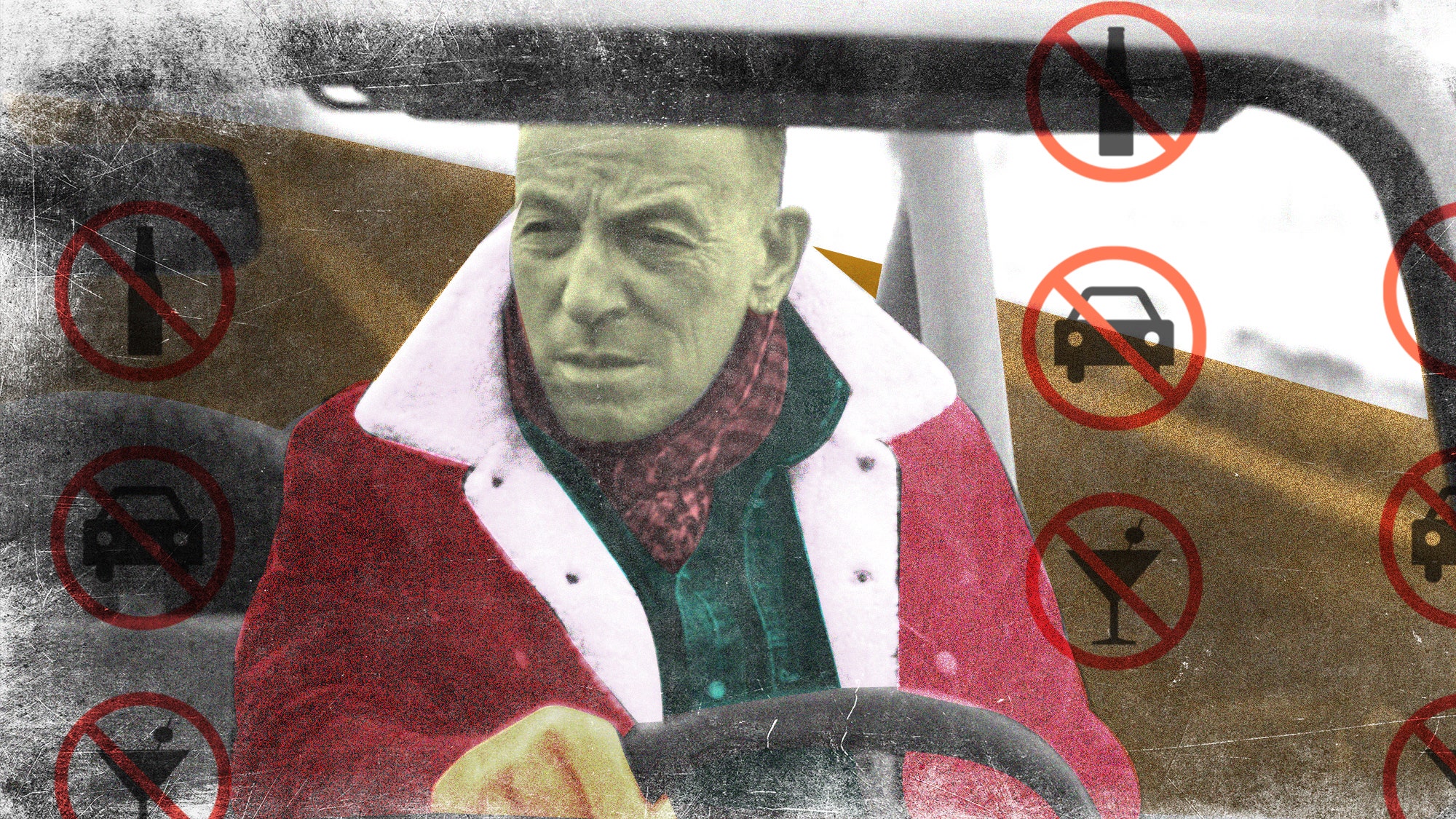