Chinese New Year, which begins this Friday, is sort of like the Superstition Super Bowl. The longer you stay up past midnight on New Year’s Eve, for instance, the longer your parents will stay alive. High stakes! There’s a Vegas buffet’s worth of auspicious foods to consume: the Chinese word for “leek” sounds a lot like the word for “calculating,” so the more leeks you eat, the more money you’ll have to count; the word for “prawn” is har, so they’ll bring you plenty of laughs—as in, like, har-har-har!—in the months ahead. (We’re an oddly pun-centric culture.) But the most important CNY tradition of all, at least in my household, is donning a brand-new red shirt on the first day—red symbolizing good fortune, and the newness symbolizing something my mom has probably explained to me a half-dozen times and will be annoyed by when she reads this and sees that I’ve forgotten.

As far back as I can remember, this custom has been something of a double-edged sword: on the one hand, I welcome any and all excuses to shop; on the other, it is much harder than you’d think to find a red shirt that’s actually worth wearing. There’s a reason that the only people who wear red shirts with any regularity are casino pit bosses, Jake from State Farm, and expendable extras on Star Trek. Unlike white or blue, red just isn’t a universally flattering color—it’s aggressive and garish, the opposite of neutral. A solid red dress shirt will make you look like a TGI Fridays magician. Red polos are out, because you don’t want to spend the day being called “Tiger Woods” by your hilarious cousin; ditto red T-shirts (Jack White) and red sweaters (Ken Bone). That leaves behind a very narrow slice of shirt options you’ll like enough to continue wearing long after the festivities are over. I have, in my 30 years on this earth, explored them all.

So whether you’re a regular celebrator of Chinese New Year, an overenthusiastic observer of Valentine’s Day, or simply in the market for a little extra luck heading into 2021, here’s a handful of tried-and-true, exceptionally stylish red shirts to wear this weekend and beyond. None of them hail from any of those corny CNY capsules that designer labels insist on dropping every year, for reasons I can’t quite put my finger on. Anyway: turn up the Clipse, set off some firecrackers, and get to shopping. Gong Xi Fa Cai, folks.

There’s no more reliable red shirt option than a beefy lumberjack flannel, but they might not always feel formal enough for your family’s celebrations.

A shiny, satin-y camp shirt is louche and tacky in all the right ways.

This very handsome knit shirt jacket maybe skews a little orange, but sometimes blurring the lines—into pink or burgundy or purple or whatever—is what it takes to make a red shirt purchase you can live with.

My last-minute fallback option. There are at least four red Breton stripe shirts of varying provenances—from Uniqlo to Comme des Garçons—stacked in my dresser from CNYs past.

Anybody else remember that weird moment a decade ago when every #menswear dude in America was lusting after red chambray work shirts? Shoutout Jake Davis.$165 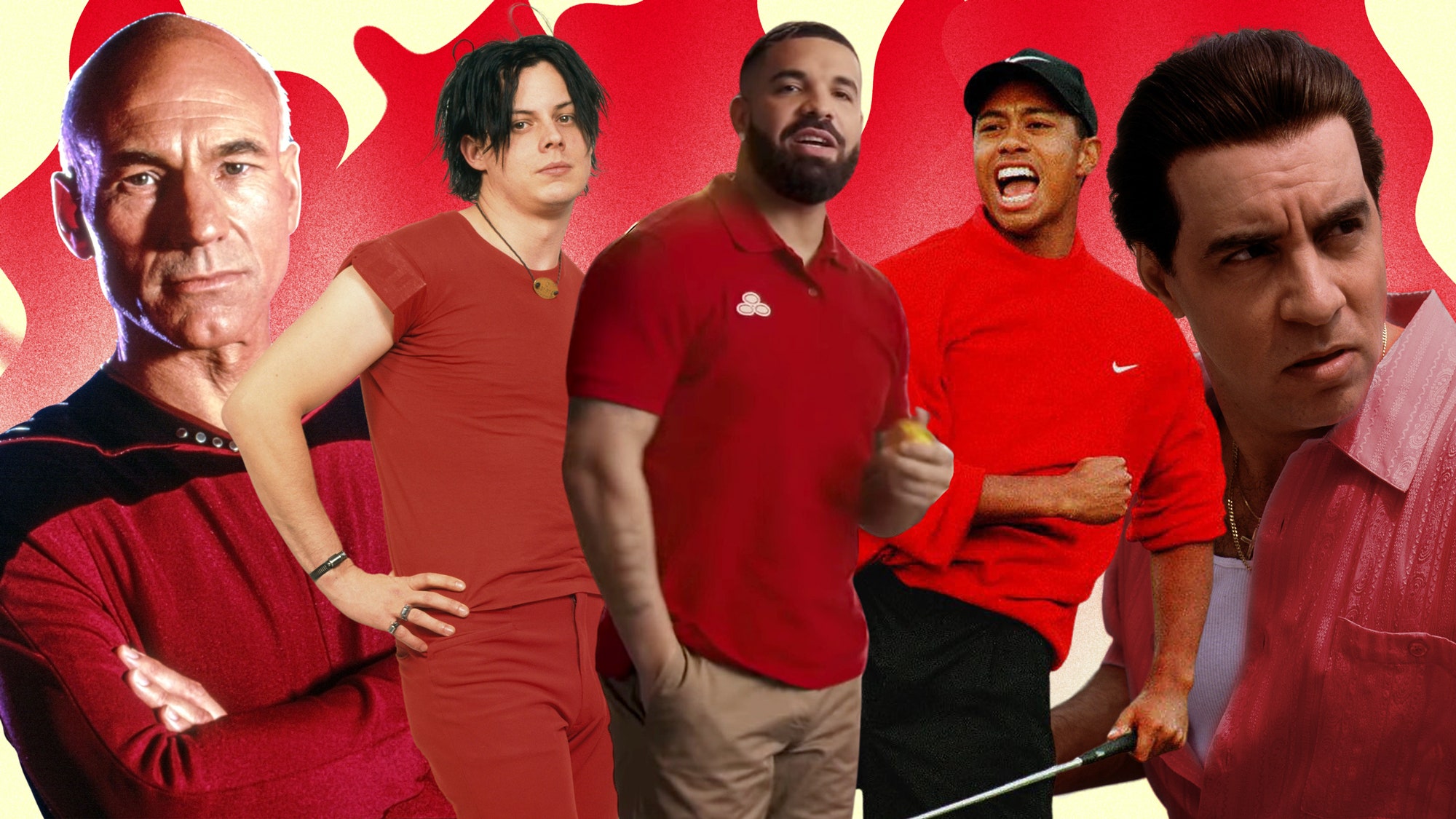