This past weekend, Aaron Rodgers accepted his third MVP award with a minute-long speech in which he dropped a number of newsworthy tidbits in less time than it takes for an Oscar winner to get played offstage. The most discussed was the fact that he got engaged at some point last year. Though he chose not to use a name, tabloids have since confirmed it’s to his latest rumored paramour, Shailene Woodley.

But the more mysterious crumb was a name drop. Buried deep in Rodgers’ list of “off the field” supporters seemed to be a shoutout for what sure sounded like Jodie Foster. Which, of course, could mean anyone with that name. But it could also mean Panic Room Jodie Foster. Taxi Driver Jodie Foster. Which sure is a lot more fun!

Foster’s name jumped out in particular because it seemed to be the only full first and last name Rodgers uttered, nestled chaotically between a “Debbie” and a “Chaz.” (The was also a shot-out for a “Torpedo.”) Was this some kind of Hollywood crossover clout grab? Are Rodgers and Foster really friends, and are they so close he’d name-check her in the 60 seconds he’s allowed to speak? Why would she get a first and last name when Rodgers’ actual fiancée, also a famous actress, didn’t get either?

As far as celebrity degrees of connection go, it’s not implausible that Rodgers and Foster have at the very least crossed paths. The actress is a noted Packers fan, but the more likely connection is probably through Woodley, who recently wrapped a film shoot with Foster. Twitter users are speculating that Foster introduced them and maybe even assisted in a long-distance engagement gambit while on set with Woodley.

Of course, the other (and most boring) possibility is that Rodgers was actually using the first names of two different people altogether. But we’re stuck at home during a pandemic, and we need to believe Aaron Rodgers has forged a deeply supportive friendship with Academy Award Winner Jodie Foster.

In the latest episode of “One on One,” the Green Bay Packers quarterback and Bon Iver frontman Justin Vernon talk legacy, their “pregame” prep, and the power of getting your head right.

By The Editors of GQ 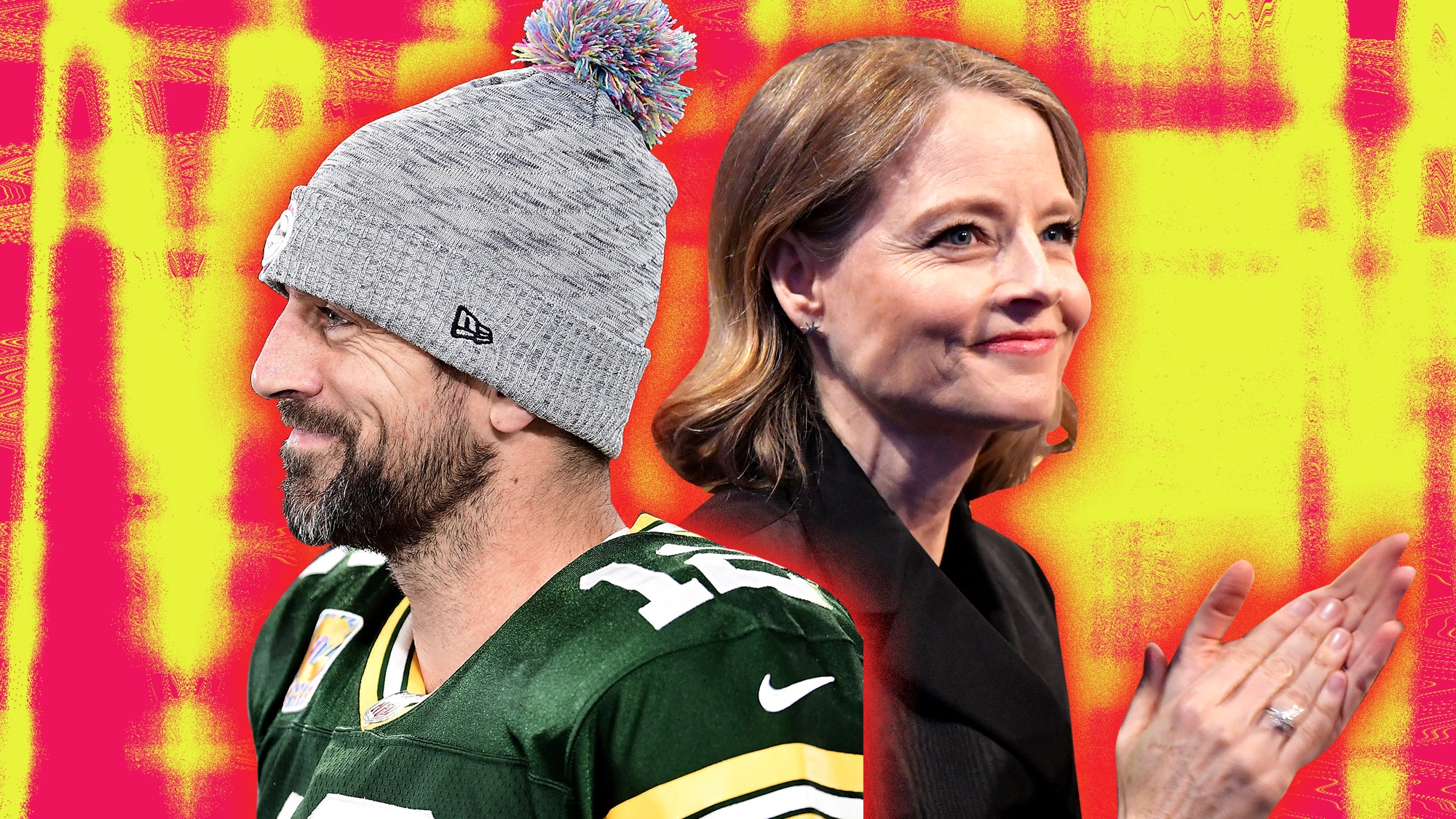